Today I’d like to welcome Josh Hanagarne, author of The World’s Strongest Librarian (reviewed here). In addition to being a newly published author and avowed booklover, Josh is also a librarian at the Salt Lake City Public Library, which made some of his humor in the book ring particularly true for me since we share that profession.

And now, here’s some Q&A with Josh:

Q: Why did you decide to write this book? 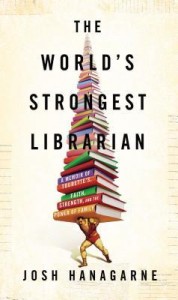 Josh: Everyone loves a good story, including me.  And there’s nothing as messy and chaotic as a human life, which is why memoirs can be so engaging and surprising.  It just so happens that this story was about me and I’d be the one to write about the mess.  I started writing the book because I wanted to see where the story went.  I kept writing because I had to see how it would end.

Q: How has Tourette’s impacted your life?

Josh: Let’s get the negative out of the way: My case of Tourette’s hurts, it’s disruptive, it’s exhausting, it makes it hard to be out in public, it made me a great target for bullies, etc—Tourette’s often steals my chances to make my own first impressions. There’s this weird thing that goes out before me, announcing me, defining me, before I get the chance to explain myself. But it’s not me.

There are positives, though: Tourette’s has made me tough, stubborn, and has given me a low tolerance for whining and inertia. And it’s lead me to a lot of wonderful people in the Tourette’s community, particularly the kids who are having a tough time adjusting to the disorder.

Q: What are some of the ways you have tried to conquer your tics?

Josh: Lots of pills. A nicotine patch. A faith healer/chiropractor in Elko, Nevada, who dressed like Randall Flagg from The Stand and administered to me with ramen noodle crumbs in his scraggly beard. I got botox injections in my vocal cords for three years, which took away my voice, so I couldn’t scream, but I couldn’t really talk either.

Lifting weights helped for a while, because I would train so hard that the pain of the workouts made the tics pale in comparison, but that’s a stupid way to approach a problem. I’ve also tried to stifle the tics through willpower, but that doesn’t work for long.

Ultimately, it’s come down to a grim truce. I’m still convinced I’ll get rid of it entirely, but until then, I’ll be running on pure spite, here in the library, on full display and defiant.

Q: What do libraries mean to you? What do you think is the future of the public library?

Josh: The library is the ultimate symbol of freethinking and curiosity. Its presence in a community is a challenge to the pack mentality and an invitation to ignore ideology and explore your mind. However, it will be tragic if the library gets reduced to nothing but that symbol. The future of public libraries depends on whether people think they need a library or not. Libraries need to prove that they can offer people something they can’t get anywhere else. As long as they’re doing that, they’ll exist in some form. I hope they don’t become museums.

Q: Are you still a Mormon? How has your faith changed throughout your life?

Josh: Not really. I still go to church now and then with my family; it certainly doesn’t hurt me. I’d call myself a “heritage Mormon.” Mormonism is such a fantastic American story that I get a kick out of being from such tough stock. Those pioneers were rough customers.

At this point I’ve got some of the habits, minus the conviction.

The major shift in my lifetime of faith is that now I’m more interested in how I think than in what I think.

Q: Why is strength training important to you?

Josh: Training is the only time I feel like I’m in control of my body. It’s where I can actually see that I’m getting better at something. You’re either stronger than yesterday or you’re not. In any case, there’s no downside to being strong and healthy, so don’t feel like you need to have Tourette’s to take care of your body! It’s a gift you can always give yourself.

Q: How can we get kids to read more?

Josh: They need examples. If you’re a parent who loves books, your kids will probably love books. If you are in a mentor role and kids who emulate you know that you prioritize knowledge, they will too. This sounds very after-school-special-ish, but learning is fun. Kids learn and adapt by watching the adults around them. If you play Angry Birds all day in front of your kid, you don’t get to whine when his reading comprehension lags.

Q: What do you hope readers will get out of this book?

Josh: I hope they’ll laugh, hug their families, use their libraries more, read more books, and ask all of those uncomfortable questions they’ve been avoiding. And then I want them to write to me and recommend a book that I should read. Anyone can send me a recommendation through my website. 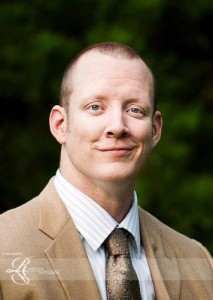 About Josh Hanagarne Josh Hanagarne is a proud dad, husband, writer, speaker, and librarian.He currently lives in Salt Lake City, Utah. Yes, voluntarily.He is obsessed with books and book culture. Speaking of, his own book, a memoir called The World’s Strongest Librarian, will be published by Gotham Books in 2013. This is extremely awesome.

He is nearly as obsessed with the fringe world of physical strength.

Most of the time he loves people. He is interested in helping as many of them as possible, as long as it doesn’t involve pretending he knows things he doesn’t.

All of the time he hates boredom.

He has an extreme case of Tourette’s Syndrome. He is owning it.

He loves his parents.

He likes to ask questions.

He loves big words but tries not to trot them out for casual conversation. 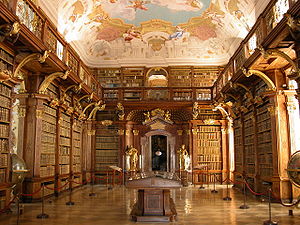