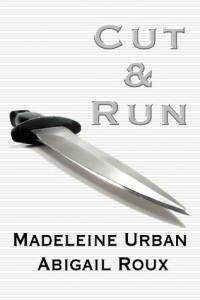 Last week I volunteered to select the best romance ebooks of 2011 for Library Journal. The article that resulted from the endeavor was posted at LJ this morning under the title: Librarian’s Best Books of 2011: Ebook Romance, with my picture and everything. Yes, I’m rather chuffed about the whole thing, as the Brits would say.

How did this come about? I review ebook romances for Library Journal. I am a librarian, and I asked to be a reviewer when they started their ebook romance review program this summer. LJ has, like every book review source, been posting their “best of 2011” lists this month. They’ve also been posting “Librarian’s best” guest posts. Since they have only been reviewing ebooks since August, they didn’t have a full year of ebook romance reviewing to work with. When I volunteered to write one for them, they were happy.

But about the books, and the selecting of them. They had to be ebooks, they had to be romances, and I could only pick five. And they had to be 2011 books. I stretched a couple of those definitions just a tad. There was no requirement that they be books reviewed in LJ. Actually, that was the point. LJ wanted me to go through my archives and find stuff I knew about that they didn’t, because I cover more of the ebook “waterfront” with Ebook Review Central, and I’ve been reviewing ebooks longer.

I chose the books in order by time, earliest to latest, plus the one I snuck in and hoped it would stick, which it did. It’s not generally thought of as a romance, but well, some of us think it is.

1. Goddess with a Blade by Lauren Dane, published by Carina Press. Reviewed on June 20, 2011. Urban Fantasy. Escape Rating A.

Goddess was one of the first books I reviewed for NetGalley. And I remembered it in detail six months later.  Every time my editor at LJ asked me if there would ever be a starred review of an ebook (before Serenity Woods’ White-Hot Christmas finally got one) Goddess with a Blade was always my example. Absolutely terrific kick-ass heroine, and great urban fantasy world-building. I hope there are more.

2. Turn it Up by Inez Kelley, also published by Carina Press. Reviewed on August 10, 2011. Contemporary Romance. Escape Rating A.

I reviewed a similar book for LJ, but Turn it Up was just so much better that I cited Turn it Up in my review as the one people should read instead! This was a marvelous “friends-into-lovers” story. And very, very funny.

Queenie’s Brigade is terrific science fiction romance. When I wrote my review, I got sucked into reading it a second time, and I’d just finished it! The last rebel spaceship escapes to the last prison planet to try to turn convicts into soldiers. Sort of like the Dirty Dozen in space. Except nowhere near that easy. If you like science fiction romance, get this book.

I crowdsourced this selection to Ebook Review Central. The reviews weren’t just positive, they were glowing. And not just for this book, but for the whole series. It made me put the first book in the series, Cut & Run, on my TBR list. There are paperbacks available for this series, so I was stretching the ebook-only definition just a bit, but no one minded.

5. Beekeeping for Beginners by Laurie R. King, published by Bantam. Mystery. Discussed in the post The Beekeeper and his Apprentice on July 6, 2011.

This was the one that was the sneak. Technically, this isn’t a romance. But the Sherlock Holmes/Mary Russell concept definitely is. And anyone who can read what he did for her and say he hadn’t already started to love her, even if he didn’t know it himself, doesn’t have a romantic bone in their body.

I loved creating this list for LJ, but because they had to be all ebooks, there were lots of things that I read and loved this year that were ineligible. Why?  Because they were really “p as in print” books. Or they were older books I finally got around to this year (hello, Elantra!) So later this month I’ll do a personal “best of 2011” list.