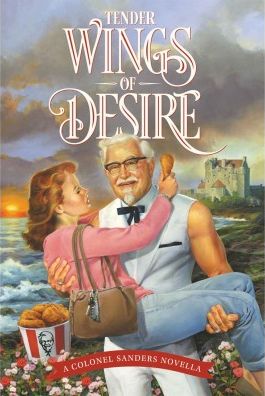 When Lady Madeline Parker runs away from Parker Manor and a loveless betrothal, she finally feels like she is in control of her life. But what happens when she realizes she can’t control how she feels? When she finds herself swept into the arms of Harland, a handsome sailor with a mysterious past, Madeline realizes she must choose between a life of order and a man of passion. Can love overcome lies? What happens in the embrace of destiny, on the Tender Wings of Desire?

When this book was released last week, I was in a fowl, er, foul mood. I couldn’t pinpoint eggs-actly why that was so, I’d just been in a funk for a few weeks. This book brought up nuggets of inspiration that I really didn’t know I had waiting in the wings. So, let’s get right to it.

To be fair to this work, we really need to spend some time on this cover image; like most historical romances, the cover art has little-to-nothing to do with the actual content of the book, and here we have an extreme case: Harland Sanders (1890-1980), in his later white-haired years, yet still obviously muscular, carrying a woman wearing “mom jeans” circa 1980s…on the cover of a Regency novel, circa 1811-1820. The art itself was so amusing when it popped up on my Kindle that I had to show my husband, who also laughed himself into a fit. The masterstroke, for both of us, was having her holding a piece of chicken (in her right hand). Let’s not forget the white linen suit with the sleeves cut off–showing off those breathtakingly muscular arms on the…er…handsome Colonel.

Fortunately, perhaps, for us all, the content of the book just doesn’t give us that image of Sanders. What it does deliver is a sharp lampooning of Every. Regency. Ever. Written. I was telling my best friend about this book the morning after reading it, and I likened it to The Rocky Horror Picture Show: campy on its own, but crammed full of inside jokes and jabs at the thing it is lampooning, just as RHPS is full of jabs at the classic cinema. If you don’t understand those jabs, it’s hilarious, but if you do, it’s even funnier.

Lady Madeline Parker is old enough to marry–though, as the book points out, we modern people would not think so. She considers herself a bit of an ugly duckling, of course, though she and her younger sister Victoria both have “the same pale, dewy skin, the same bright green eyes and heart-shaped faces.” Madeline’s hair is dark brown and in unruly curls, while Victoria has long, blonde hair. Madeline’s other problem is that she’s really not interested in marrying, certainly not merely for position, as her parents are working to arrange. If she’s to marry, she wants it to be for love, and only then after she’s had a while to roam about and see the world.

For her groom-to-be’s part, he’s quite a dashing gent: Reginald Lewis, the Duke of Sainsbury. He’s not terribly older than Madeline, which she’s grateful for, but he just doesn’t move her. Little sister Victoria claims he “looks like a fairy-tale prince,” of course, but Madeline isn’t impressed. He’s nice enough, and not ugly, but nothing about him grabs her attention or her interest. “He looks like a vanilla biscuit,” she asserts privately to her sister. Her older brother, Oxford student Winston, is the only person who really gets her, it seems.

Ugly Duckling Who Isn’t, Girl Wants To Break The Pattern, Arranged Marriage, Troublesome Younger Sibling, Wise Older Brother…the only Regency trope we’re missing is the dashing rake who actually does win her affections, at this point.

Madeline must, of course, run away. On the night before her wedding. So, she does. She and her horse, cleverly named Persephone, spend one uncomfortable night in a forest, then one night in a run-down inn, and end up by the sea. Please take note: when you live on an island, all directions will lead you to the sea sooner or later.

She finds a small fishing town. She rides into town, bold as brass, hitches her horse outside a tavern, and strolls in, asking for a job. The head barkeep is, as she surely must be, a non-local; a redheaded, dark-eyed Irish lass named “Caoimhe”. Please don’t ask me how to pronounce it, for I haven’t a clue. But ponder the worldly-wise Caoimhe a moment – how many Irish redheads do you know with dark eyes? Yeah, me either. When asked, she tells Madeline where she wound up: the village is named Mistle-Thrush-by-the-Sea. I kid you not.

The tavern itself, The Admiral’s Arms, is described two different ways in the course of about a page and a half. Madeline enters “a dim place, lit only by the occasional lantern or two, with wooden tables and a fireplace that was currently bare,” but a couple of hours later, as she is learning her job, she’s enjoying a spectacular view, which the tavern exploited “for all it was worth by installing giant windows that showed a view of the harbor and the sea beyond.” This and other glaring continuity errors are peppered throughout, and they just add to the fun.

On her first night there, Madeline must of course meet…Harland Sanders. The most handsome man she’d ever seen, naturally. He was “tall, dressed like a sailor,” with light and fair hair, “framing his head in airy curls, and the eyes that stared back and her were almost the exact color of the sea.” Oh, please! This younger avatar of the famously-curmudgeonish Sanders is, of course, Not Who He Appears To Be (yet another great trope). I won’t spoil it by giving you the ending, but serious readers of Regencies could write the rest of this tale easily. At only 96 pages, this tale moves fast, and the utterly-predictable denouement comes at you like a runaway locomotive.

I didn’t expect to enjoy this. YUM Brands, the owner of KFC, is releasing this novella as a marketing gimmick, not even as a serious work. There are a number of breathtaking flaws, like the continuity errors I pointed out, the needless wealth of outdated adjectives, and the tired old tropes–but were these errors deliberate? When I look at the piece as a whole, I can’t help but wonder. Will it win a “Pullet-zer” prize? Not a chance. But it was cheep…er, cheap – you’ll shell out at most a dollar for this ebook – and to me, it was a fun, silly read, and a mood-booster that I just didn’t see coming. Don’t take it too seriously; it’s way too campy for that. But if campy is your thing – Tender Wings of Desire might be a sleeper hit for you. Chick lit? Absolutely. But worth crossing the road for, in my opinion.

Editor’s Note: When this book showed up on my Facebook feed I was too chicken to read it, so Amy graciously leapt into the breach. Or bucket. I’m very glad she did. I expected the hilarious yet thoughtful review, but had no idea it would also snap her out of a reading slump. And I’m so grateful that Amy was willing to go where no wings have flown before, so that the rest of us don’t have to. I am also grateful that the rating for this one was NOT spicy, because my mind still won’t go there.

For anyone dying of curiosity, this is a real book, and KFC, admittedly with tongue firmly in cheek, released it for a real reason – Mothers’ Day is one of their busiest days of the year. There seem to be nearly 400,000 families who think that the easiest way to give a hard working mother (and they are all hard-working) a night off is to pick up a bucket of chicken from KFC. And I bet there will be even more this year, as people who can’t believe this is a real thing go to KFC to discover if this is a real thing. Which it is, this weekend, free with every $20 Fill-Up Meal. Or for 99 cents at Amazon.

Me, I’m still back at OMG I’m too chicken to read this. Thanks Amy!

Happy Mothers’ Day to all the moms out there!

Does being a cat mom count? All my children have always had four feet and fur… 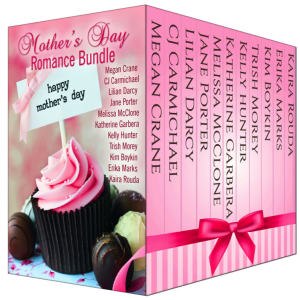 Whether or not you are a mom, the Mothers’ Day ebook Giveaway Bundle from Tule Publishing is a marvelous treat. 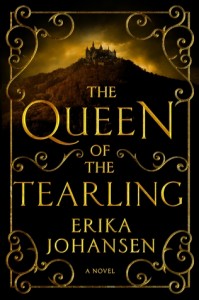 B Review: The Dirty Book Murder by Thomas Shawver + Giveaway
C+ Review: The Spymistress by Jennifer Chiaverini + Giveaway
A+ Review: The Queen of the Tearling by Erika Johansen
Guest Post by Suzanne Johnson on Keeping Fantasy Real + Giveaway
B+ Review: What a Bride Wants by Kelly Hunter + Mothers Day Giveaway Bundle
Stacking the Shelves (88) 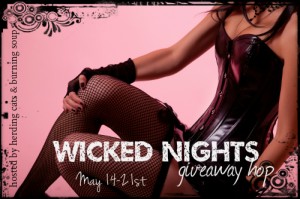