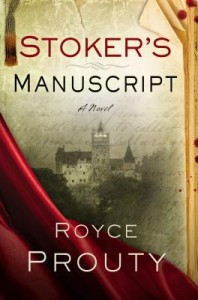 When rare-manuscript expert Joseph Barkeley is hired to authenticate and purchase the original draft and notes for Bram Stoker’s Dracula, little does he know that the reclusive buyer is a member of the oldest family in Transylvania.

After delivering the manuscript to the legendary Bran Castle in Romania, Barkeley—a Romanian orphan himself—realizes to his horror that he’s become a prisoner to the son of Vlad Dracul. To earn his freedom, Barkeley must decipher cryptic messages hidden in the text of the original Dracula that reveal the burial sites of certain Dracul family members. Barkeley’s only hope is to ensure that he does not exhaust his usefulness to his captor until he’s able to escape. Soon he discovers secrets about his own lineage that suggest his selection for the task was more than coincidence. In this knowledge may lie Barkeley’s salvation—or his doom. For now he must choose between a coward’s flight and a mortal conflict against an ancient foe.

Building on actual international events surrounding the publication of Bram Stoker’s original novel, Royce Prouty has written a spellbinding debut novel that ranges from 1890s Chicago, London, and Transylvania to the perilous present.

This is eerie. It has that tingle of chill up your spine subtle horror, combined with a search for identity and a bit of a scavenger hunt. Very cryptic and cool.

Then there’s the mix of contemporary horror thrown in; 21st century Romania still bears very real scars from the regime of the tyrant Nicolae Ceauşescu.

The story of Stoker’s Manuscript borrows its fascination from our endless enthrallment to Bram Stoker’s original story; but the question raised by this novel is whether that story was Stoker’s original story? What if, instead of merely borrowing from obscure folk legends, Stoker actually had a source with first-hand knowledge of real vampires?

Which begs the question that has led to so much horror and paranormal fiction, what if there really are vampires?

Joseph Barkeley is hired not just to authenticate Stoker’s original manuscript and notes from the Rosenbach Museum, but to also purchase them (if authentic) for a mysterious (and, of course wealthy) personage in Romania.

Joseph finds the commission too good to refuse, although he knows that he should. It will require him to return to Romania, the country of his birth. The country where his father murdered his mother and committed suicide. There is a mystery in their deaths, and in the equally mysterious rescue of himself and his brother from an orphanage.

He hopes for answers to his questions.

Instead, he finds an even greater mystery. His friends and his brother warn him away, saying that the truth is too dangerous to be revealed. 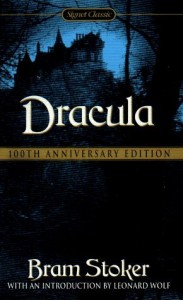 We know, of course we do. Stoker’s manuscript for Dracula uncovers a secret. There really are vampires. The questions that Joseph needs to ask are about the history of that manuscript. Why do the vampires want it now? What secret does it hold?

Can Joseph save anything from this debacle? Can he unravel the puzzle before it is too late?

Because of Joseph’s initial isolation, he’s a difficult person to get to know; he doesn’t even let himself inside his own head. He is dispassionate, but fascinated with solving problems. Over the course of the story, he lets more people get closer to him, but this is not a relationship story. It’s a scavenger hunt.

The analogy works on multiple levels, as the vampires are scavengers of another kind. They are not romanticized in any way. They are amoral bloodsucking villains with no redeeming characteristics, and neither were they in Stoker’s original tale.

One of the ways this story draws the reader in is that it is built on the historic possibilities. Stoker’s actual manuscript is in the Rosenbach Museum. It was lost and discovered recently. Fabricating a horror novel around the creation of a horror novel this way is particularly chilling. 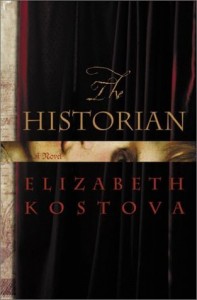 The way this story takes the original Dracula book, mixes in Romanian history and creates a new horror legend made me think of Elizabeth Kostova’s The Historian. Similar elements going in different chilling directions, that suck you right in…to the story.