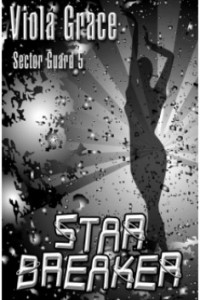 For thousands of years, aliens have been coming to Earth, waging war over our most precious resource: easily breed-able human women. They appear in our mythology as shapeshifters, vampires, dragons, demons, angels, fae, merfolk, and any manner of other supernatural creatures.

In the Not Too Distant Future, The Alliance will take steps to protect humanity from continued exploitation. Two thousand Terran Volunteers shall be selected to travel forth into the universe, as ambassadors for our planet, earning Earth a full-fledged induction into The Alliance. These are their stories.

Today, dear readers, we are in luck, because I just so happened to get my hands on a copy of the first draft of The Terran Volunteer Application. Do you want adventure? To travel the stars? To seek out new life and….dance? Well then look no further!

Viola Grace has written somewhere in the realm of 100 short stories detailing the sexcapades of the 2,000 women who completely voluntarily relinquished all their rights to an ineffective and inconsistently-written alien governing body. (Why? Because.)

These women go out into the universe fully aware that at any moment they will be ordered to reproduce, that they will have no say in their breeding partner, and no guaranteed rights to the product of the mandated union (unless it’s female, then they are shuffled off to some alien backwater to live in anonymity).

No form of reproductive choice exists. In the event an unintentional (as in, not ordered by the government) pregnancy occurs, the fetus can be transferred to the father and brought to term through other means without the mother’s knowledge or consent. Of course, such advanced technology cannot be utilized to just have the women make an egg donation and let the government match up compatible cross-breeds in the lab. What kind of crazy talk is this? The contract requires that you pass on your DNA in the most physically, psychologically, and emotionally traumatic way imaginable. 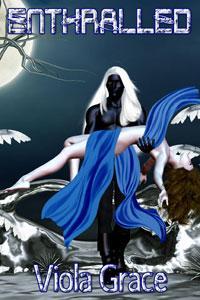 If that’s not repugnant enough for you, the volunteers are constantly subjected to genetic, surgical, psychic, and technological body modifications. These are not conducted for the benefit of the individual, but rather the convenience of their employer and/or breeding partner.

Consent? Hah! Informed consent? LOL! That’s a good one! You humans and your ridiculous conceptions of basic rights and liberties. Why would you want those when you can fly around in space ships, meet aliens, and then be raped in the spaceships by those aliens? (Character motivation? What’s that?)

Do you have a feel for the quivering spineless cookie-cutter series protagonists? The collection of women who have no fucking self-respect or brain power? (They sign the damn contract, and are stunned when it’s enforced. What the fuck did they think would happen?) These are first humans to galavant around the universe.

To the surprise of absolutely no one, Viola Grace shares the Jack Harkness view of space exploration (so many species, so little time…). Which means she doesn’t bother with things like plot or world-building to compensate for her pathetic protagonists. Why plot when you can play Terran Times Sex Bingo? 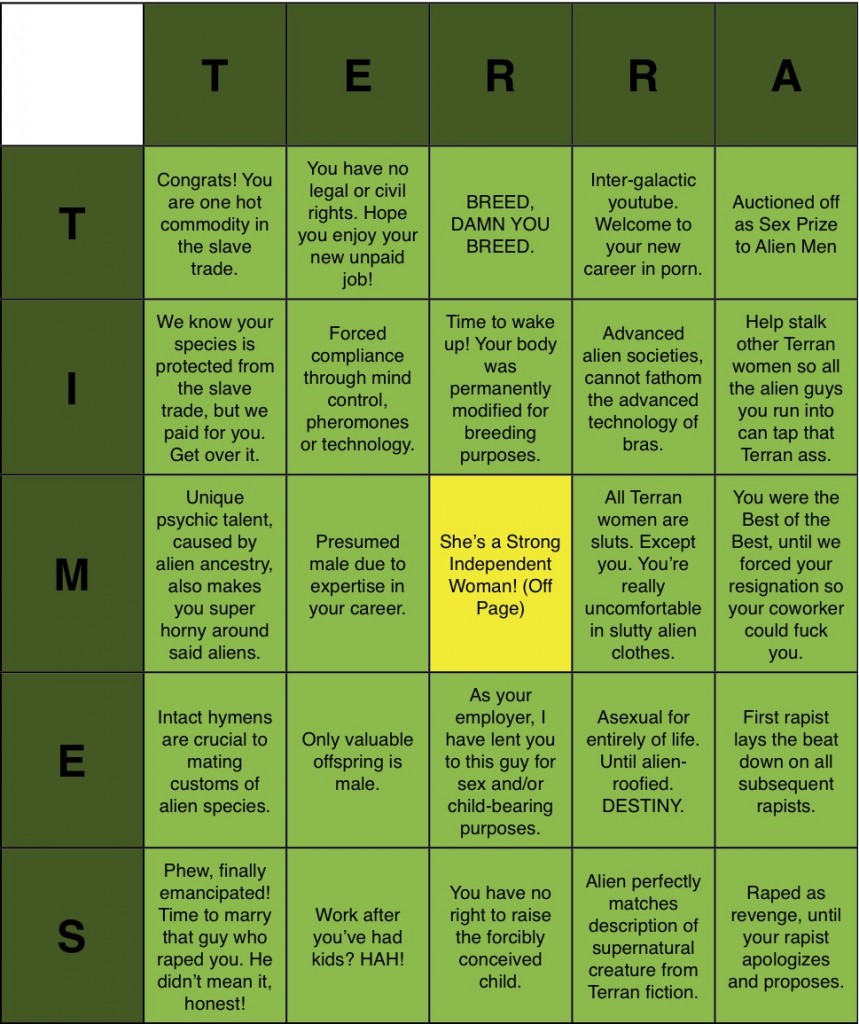 To be fair, I have no proof she plays Bingo to to write her stories. It could be a dartboard. Or dice. 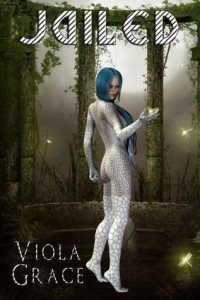 Notice the high probability of a story consisting of nothing but slavery, forced sex, and forced breeding? That’s because the only over-arching series-long plot is slavery and sex-trafficking. Each and every story will mention how humans are a protected species that can not be enslaved. The irony of making such statements to a person who has enslaved you, roofied you, bought sole rights to your reproductive system, is forcing you to marry him, trapped you on his planet where you have no rights, or plans to do any of this above, is apparently lost every character in the series. (It’s like poachers talking about how much trouble they’ll get into for hunting endangered species while they are selling the fur and meat.)

This is not a science fiction romance series. This is a goddamn rapeathon. A rapeathon where the women all ultimately enjoy and embrace the assault, coercion, force, or deceit.

The author appears to be doing well enough with these mini-monstrosities. She’s set herself up to write another 1,900 of them. That’s 1,900 more women (usually virgins) who have no agency, and yet will “decide” to overlook the sexual assault in favor of bright skin colors, pretty hair, and prehensile cocks.

Some of you may see the decent ratings on goodreads, short length, and think “hmm, this might be a good intro for my friend who loves romance/science fiction, but doesn’t really read science fiction/romance.” Do not make this mistake. I can assure you, there is neither science fiction, nor romance, to be found in The Terran Times/Chronicles of Terra. Just rape and mythological creatures and superheroes called aliens. For reasons.

Escape Rating: F for are you out of your fucking mind?!

*My apologies to Nalini Singh for being so harsh last year. I take it all back. I’ll upgrade you to a C, and read your next book to make it up to you. 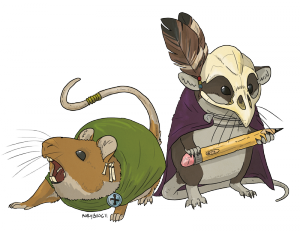 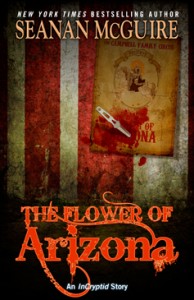 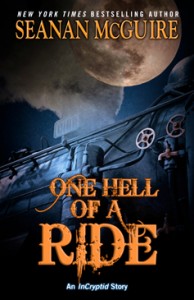 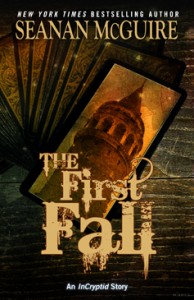