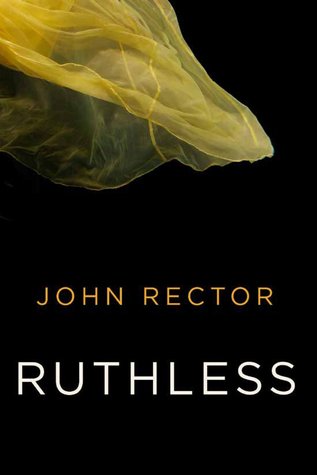 Nick White is the only person who can save Abigail Pierce. After uncovering a plot to have her killed, he attempts to warn her but instead puts himself squarely in the crosshairs. They know who he is, they know where he lives, they know how to get at his family.

Drawn into the conspiracy surrounding Abigail, Nick soon discovers the danger is bigger than he ever believed. Now he must uncover the truth to save her and himself. 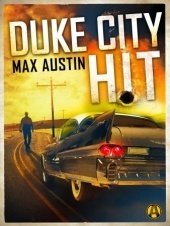 Why? Because in all these cases the protagonist is a guy who ends up involved in basically two-bit crimes. He’s not evil, he doesn’t intend to become a career criminal, but he just takes the easy way out one time too often and finds himself on the wrong side of the law and in way over his head.

Also, in both Dismantling and Ruthless, the poor schlub is misled by a woman who he wants to believe is basically innocent, and turns out to be anything but.

Ruthless also takes a surprising turn into lab-based science fiction, but we’ll get there in a minute.

At the beginning of the story, Nick White is at his regular bar, talking to his regular bartender and feeling regularly sorry for himself. His wife is over him because he keeps gambling, and often losing. Even worse, he gambled away their savings – and her trust. It’s not clear whether Nick is addicted to gambling, or if he’s just good enough at it that he generally walks away ahead – just not ahead enough.

His life is basically on the skids when he decides to play a prank on a drunk woman who walks into the bar. She thinks he’s the person she was planning to meet. It’s only after she staggers away that he opens up the manila envelope she left him. (Why is it always a manila envelope?)

The lady was expecting to meet a hitman, to contract with the guy to off her step-daughter. Because Nick’s luck is running true-to-form, meaning bad, the real hitman walks in as Nick is skulking out, and the really bad guy figures out who Nick is and what he has let himself in for.

Nick’s life goes all downhill from that point. Not that it had far to roll.

He should call the police and turn the evidence over to them. Instead, he decides to warn the intended victim.

Abigail Pierce looks like innocence personified. When the bad guys show up and start cutting her, Nick will do anything they say – and anything Abigail says, to keep her, and himself, and his soon-to-be-ex-wife, and possibly his dad, from being murdered.

He should have run as fast as he could, and left Abigail to her well-deserved fate. By the time he figures things out, he’s much, much too late to save anyone – including himself.

Escape Rating B-: At first, it just seems like Nick is out of luck and over his head. After his initial mistake, he keeps trying to do the right thing. It’s only as he gets deeper in to the quagmire that he finally figures out that everyone on all sides is using him.

He doesn’t even know what it is he is being used for. Poor schlub.

For all of Nick’s faults, and he has a bunch, he can’t see through Abigail’s innocent act, and he can’t believe that everyone is lying to him all the way around. For a guy who supposedly makes a living as a gambler, he does a lousy job of reading everyone’s tells. 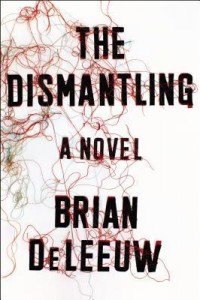 At first, this story seemed pretty familiar – it was a better written version of the story in The Dismantling. Nick gets sucked in to a life of crime, or at least a life on the run, by trying to save a woman who doesn’t really need saving. What made this one different is what he finally discovers he is saving Abigail for, or from. Or not.

Abigail and her stepmother appear to be fighting over the estate of a wealthy industrialist, the man they have in common. The question is presented to Nick as a matter of who gets the vast estate when the guy dies, which is expected to be soon.

It’s really about the details of his research. Abigail is the result of a experimental genetics lab. (This bit reminds me just a little of Orphan Black). Abigail wants the details of the research that created her, because she wants to start it up again. Her stepmother won’t deal with her, so she enlists Nick as a go-between. Also as a patsy.

This one ends up being about who is using who.

I’m not totally sure about the science fictional nature of the reason why Abigail gets Nick into this mess. There was plenty of thriller there if Abigail was just a typical heir trying to stay alive to inherit, and if she and her stepmother were in the middle of some mutually assured destruction without the lab-related distraction.

You will end up feeling sorry for Nick. He should have seen it at least some of it coming.

I’m giving away a copy of Ruthless to one lucky U.S. or Canadian commenter.
a Rafflecopter giveaway 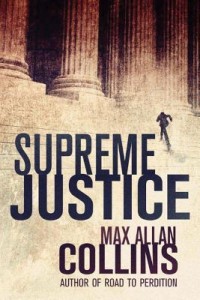