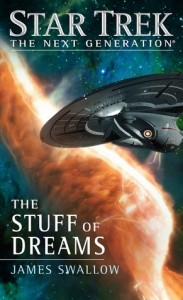 The Enterprise-E arrives in unclaimed space for a rendezvous with the Starfleet science vessel Newton. Jean-Luc Picard and his crew have been ordered to assist the Newton with the final phase of its current mission—a mission that brings Picard face to face with something he never thought he would see again: the phenomenon known as the Nexus. Less than twelve years after it left the Alpha Quadrant, the Nexus ribbon has now returned. Tasked to track and study the phenomenon as it re-entered the galaxy, the specialist science team on the Newton discovered that the orbital path of the Nexus has been radically altered by the actions of the rogue El-Aurian Tolian Soren—taking it deep into the territory of The Holy Order of the Kinshaya, one of the key members of the Typhon Pact. Starfleet Command is unwilling to allow the Kinshaya—and by extension, the Typhon Pact—free access to what is essentially a gateway to anywhere and anywhen, as a single operative could use the Nexus to change the course of galactic history…. 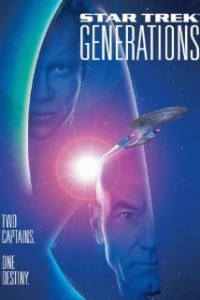 Sometimes the name of the game is keep-away.  The Nexus, which was at the heart of the movie Star Trek: Generations, has wandered close to the territory of a rival to the Federation.  The Nexus is tempting on many levels.  Somebody who figures out how to control it would have possession of a powerful time machine, and that prospect is of course rather concerning.  The Nexus is also tempting as an object of scientific curiosity.  One of the things that Captain Picard is quickly faced with in The Stuff of Dreams is navigating between those two temptations.

The Nexus also offers a very personal temptation: someone who enters it can have a perfect life, or at least a good facsimile thereof.  Or perhaps, just the life they desire.  Therein lies the deeper story.

Escape Rating C+: The Stuff of Dreams is a competent addition to the TNG series, but works best as a palate cleanser between novels.  Readers who are new to the recent TNG book series may find themselves a bit lost.  To best appreciate Swallow’s entry, I recommend first reading the Destiny trilogy by David Mack and at least dipping into one or two of the Typhon Pact stories. 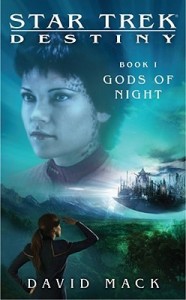 One of the (guilty?) pleasures of reading media tie-ins is getting the chance to see loose ends tied up.  It can also be nice to see connections being drawn between apparently separate stories in the fictional universe.  However, stories that aim to invoke that apophenia risk overshooting.  The fallout from the events of the Destiny trilogy are going to provide a deep well for TNG reboot authors to dip into for a long time.  However, by touching on that and Generations and the Typhon Pact and time travel (including a throw-away reference to the Department of Temporal Investigations), The Stuff of Dreams crossed the line into being too much of a name-checklist of recent Trek.  In particular, I think that dropping either the Kinshaya or the Newton would have made for a tighter story.

As an exploration of survivor guilt, The Stuff of Dreams has a place on the shelf for folks who have enjoyed the TNG reboot novels, but does not otherwise stand alone or stand out. 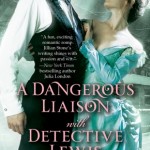 Review: A Dangerous Liaison With Detective Lewis by Jillian Stone