Are video games art? The Smithsonian Institution seems to think so. They are building an exhibit on just that subject.  The Art of Video Games will be open at the American Art Museum between March 16 and September 30, 2012. I want to go.

The Smithsonian’s first step in building the exhibit was crowdsourcing. They created a list of 240 games from the history of gaming, and then invited the public to vote. The trick was that you only got 80 votes. It seems like that should have been enough votes, but I’m not so sure. Not all my favorites made it into the exhibit.

But the question remains, are video games art? I watched Galen play L.A. Noire, a new game from Rockstar Games, last night. In the game, the player takes the part of a rookie cop just back from WWII and working his way up through the ranks of the Los Angeles Police Department. But in order to faithfully recreate LA in the late 1940’s, the designers extensively utilized archival photos and film footage of downtown LA to make the game look and feel like you’re really there. Not just the background, but the clothes, the cars, the dialogue, the way the characters look and act and even the billboards and radio programs.

But it’s not just the art. Each case that the character works on is a story. And in addition to the stories solved onscreen, original fiction has been written based on the game. Not just work-for-hire fiction either. Some major name authors (Joyce Carol Oates, Lawrence Block, Joe, R. Lansdale) have contributed to L.A. Noire, The Collected Stories, the ebook anthology of short stories that is available for free download.

So we have pictures and stories. But L.A. Noire could be said to be easy, and in some ways it is. It is based on a set of known, historical images, and a genre we are all familiar with. Los Angeles in 1947 did exist. There are picture to work from. Noir films are a known genre. The achievement is in creating reasonably lifelike characters and a totally immersive set without using real people or real sets, and in getting the human player caught up in the action that he (or she) is creating. When Galen crashes the car through the streets of LA, I flinch. It works.

Video games have been good at telling stories for a long time. One of the first widely known computer games was a text-based game called “Colossal Cave Adventure”, or more commonly just “Adventure”. It was based on Dungeons and Dragons, which was very loosely based on Tolkien’s Lord of the Rings. When the game is text-based, the “art” is all in your head.  In order for video games to actually become art, technology had to catch up, a lot.

“Colossal Cave Adventure” came out, released, spawned, propagated (I’ve never been sure what the right word for that thing was) in 1975. The Atari 2600 was the machine that brought video games home for most people, but with the big blocky pixels that came with them, I’m not sure that they brought art. Still, they brought arcade-style gaming home. Considering that the IBM PC wasn’t born until 1981, this was truly a long time ago in a galaxy very far away. 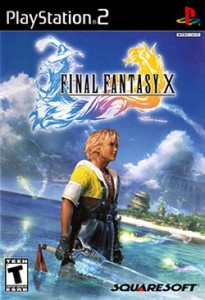 The first time I saw something that I would call art in a video game was 2001. Galen was playing Final Fantasy X and it stopped me in my tracks. To this day, the music still does. That game was the first time I saw where a company put the entire package together, art, scenic backgrounds, story, characters, voice, music, and created not merely a game, but a world. Ten years later, it still consistently makes polls of the best video games ever.

The story is a classic. Boy meets girl, girl saves the world, girl loses boy. Good triumphs over evil. But the ending is bittersweet, because nothing worth having is ever won without cost. It is a video game, and there are a few holes in the plot. However, the characters are well drawn, and for the first time, ever, they have facial expressions that mostly match what they are saying. And, also for the first time, instead of the player reading their dialog from onscreen text, there are actors voicing the dialog, and the voice acting choices were spot on. Topping it off, the scenes and the art themselves are gorgeous.

There have been some games since that have been as involving as Final Fantasy X. Lost Odyssey, Dragon Age Origins, and Uncharted come to mind. But that was the first.

In April, 2010, the movie critic Roger Ebert went on record in his blog that video games could never be art, without ever having played one. After receiving over 4,500 responses, more than 4,200 of them in opposition to his position, he decided it might be best to apologize. He realized that he might have been a little hasty. For one thing, he said that video games will never be art. He admitted that predicting the future was perhaps stretching things. And, that his opinion on the subject as a whole was purely theoretical and would remain so. 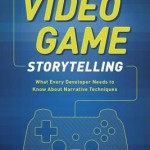 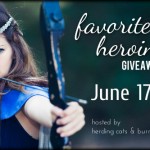