Librarians need a new stereotype. And I know just where to find one. The Mary Sue: A Guide to Geek Girl Culture, has picked 10 Action Librarians from books, movies, TV and Anime. Whether you agree with those particular choices, well, as the car ads state, your mileage may vary. But the concept, I like.

We, meaning all of us librarians, know that there are really only two librarian stereotypes: the old lady with her hair in a bun, finger to her lips, going “shush” (a difficult image for the male librarians among us), and the “hot” librarian, unbuttoning her previously buttoned and repressed self.

If you don’t believe me, check out the entries for librarian at the tvtropes wiki. The shushing bun-wearer is the scary librarian, and the unbuttoned hottie is the hot librarian. Teachers have way more cool options than we do.

“Marian the Librarian” is both a character and a song from the play (and movie) The Music Man. As portrayed by Shirley Jones in the movie, Marian is a stereotypical small-town librarian in the early 1900s. She is a spinster, she lives at home with her mother, and she doesn’t trust men. What an image for us to live with! 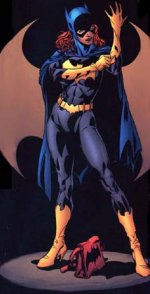 Batgirl, on the other hand, is a superhero. She is the daughter of Police Commissioner Gordon in Gotham City, home of Batman. When daddy doesn’t let her join the police force, librarian Barbara Gordon decides to become a crime fighter on her own terms, by inventing her secret identity. Librarian by day, Batgirl by night.

In one version of the DC Comics universe, Batgirl is shot and crippled by the Joker. She emerges from the shadows as the wheelchair-bound Oracle. What better way for a librarian to contribute to the cause of fighting crime than as an oracle?  Oracles have always been considered to be people who provide wise counsel, or make authoritative and influential pronouncements.  Oracles have often been able to see the future. So Batgirl, no longer able to kick-butt physically, still does it with data. Sounds like a superhero librarian to me. 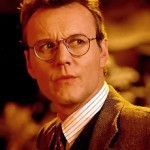 The other issue with all the current librarian stereotypes is that they are universally female and/or passive. Well, what about Rupert Giles in Buffy? Not passive, not female, not a milquetoast. Certainly not enough hair to put up in a bun. And definitely saves the world more than a few times. 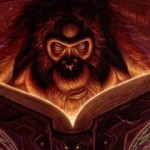 And last but not least, at least for me, the Librarian in the Discworld, who was transformed into an orangutan when a spell went wrong. The Librarian would probably say that the spell went right, if he could say anything except “Ook”. He certainly won’t let anyone change him back. He likes being an orangutan. What I envy him is his access to L-space, the extra-dimensional space that connects all great libraries together and allows the keepers of those libraries to move from library to library through L-space. His ability to move from the stacks at Unseen University to, say, the Library of Congress to the library on Trantor to the British Library…now that’s a super-power. 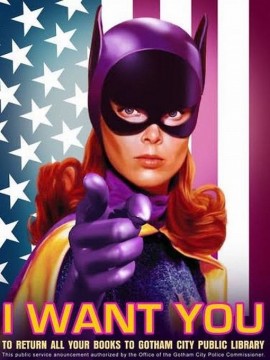 On second thought, I still want to be Batgirl. 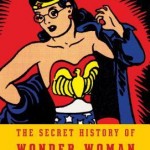