About Last Night by Ruthie Knox is an absolute gem of a love story.

Mary Catherine Talarico has been “Good Cath” for two years. She left her last mistake behind, burned her last bridge (pretty much literally) and kept herself focused on her work.

And what a job it is. She’s the assistant to a curator at the famous Victoria and Albert Museum in London. It’s a job Cath sort of created for herself, making herself indispensable during the creation of an exhibition and catalog devoted to the history of knitting as folk art, Cath’s favorite subject. 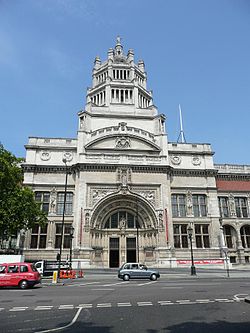 But in order to keep “Bad Cath” safely locked away, Cath hasn’t had a social life in those two years. Her personal life has become so boring and predictable that one morning she bets her boss that she can accurately predict the next several commuters to get off the bus at the V&A stop.

Except that one of those commuters is a man Cath has nicknamed “City” for his gorgeous bespoke City-banker type suits. Not that the man wearing the suits is half-bad either. Cath also sees him most mornings when they take the same running trails, and he’s pretty good to look at in just running shorts and a sweaty t-shirt, too.

Until one night, when a friend fixes Cath up on a blind date. That should have been nixed from the start. It was a disaster of epic proportions. Unfortunately for Cath, the bad date was the kind who insisted that she must have a drink with him, unless she was too good to drink with him, and it was too early for her to bail. One drink let “Bad Cath” out.

The end of the evening found Cath drunk in a bus stop, too broke for cab fare (the V&A doesn’t pay much) when “City” stopped and recognized her. “Bad Cath” doesn’t have any inhibitions about inappropriate men, but does have commitment issues. And “City” turned out to want to rescue the pretty woman he remembers from the bus. So he takes her home with him, since she refuses to say where she lives.

After one glorious night, Cath wakes up and realizes that she has just made a horrible mistake. Admittedly a mistake involving some really, really terrific sex with a gorgeous man she’s always fancied.

At first, Cath doesn’t even want to know “City’s” real name. (It’s Nev). She’s not sure she wants to see him again. She thinks the last night was a mistake, and she just wants to put it behind her.

Nev definitely wants to see Cath again. And again. And not just for the great sex. He’s pretty sure she’s the best thing that ever happened to him.

But the fact that she’s exactly the opposite of anyone his family might want him to be involved with really does confuse the issue. His family is positive he’s making a mistake.

Just whose mistake is this, anyway?

Escape Rating A: This is a tremendously fun contemporary romance. If you like contemporary at all, even once in a while, go get this book!

The story uses the “sex into love” plot, and does it very, very well. That’s a story that doesn’t always work so well in real life, but the author makes it work in the story because there is still definitely a courtship, even though it happens after they fall into bed.

Nev has to court Cath because he wants more from the relationship, and he needs to get Cath to trust him in order to get that more. It’s not a traditional courtship by any means, but it does definitely explore the characters, and the readers get to know how they got to the place the story began, where they make that first so-called mistake.

3 thoughts on “About Last Night”