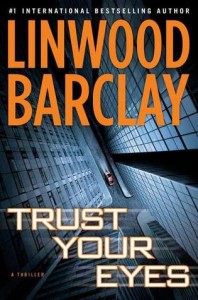 Thomas Kilbride is a map-obsessed schizophrenic so affected that he rarely leaves the self-imposed bastion of his bedroom. But with a computer program called Whirl360.com, he travels the world while never stepping out the door. That is until he sees something in a street view of downtown New York City. Thomas’s keen eyes have detected an image in a window…an image that looks like a woman being murdered.
Thomas’s brother, Ray, takes care of him, cooking for him, dealing with the outside world on his behalf, and listening to his intricate and increasingly paranoid theories. When Thomas tells Ray what he has seen, Ray humors him with a half-hearted investigation. But Ray soon realizes he and his brother have stumbled onto a deadly conspiracy.
And now they are in the crosshairs… 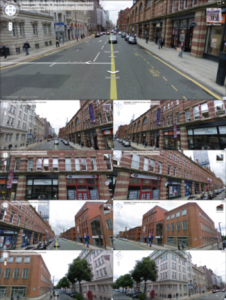 There will be an inevitable comparison to the movie Rain Man.  But Ray Kilbride is in no way as self-centered at Tom Cruise’s character in the movie. And Thomas is a lot more functional than Dustin Hoffman’s. In the end, also more self-centered.

But if we’re talking about movies, think of Trust Your Eyes as Rear Window crossed with Google Earth, viewed by a map-obsessed shut-in. Thomas Kilbride could go out, but he doesn’t. He thinks he’s working for the CIA, memorizing cities in the event of an unspecified computer viral pandemic that will wipe out all the GPS systems in one swell foop.

While the computer virus and the CIA assignment are illusionary, or delusional, Thomas Kilbride’s map memorization capabilities are all too real. And do we really know what Google sees when it maps our streets? Whose car is parked in which driveway in the middle of the day when it shouldn’t be?

But after Ray comes home to figure out what to do about Thomas after their father dies in a rather suspicious lawn mower accident, things start to unravel. Thomas convinces Ray to take a printout of that possible murder to New York, just to take a look at the scene. Ray has a meeting in NYC, so he thinks he’ll humor his brother.

The thing is…there really was a murder. And the killers had no idea that their crime has been posted on the internet for anyone to see. Anyone obsessive that is.

All they knew was that it was a totally botched job, one that they’ve covered up as much as possible, and have been waiting for months to see if anyone would come snooping around.

Ray Kilbride just snooped. Because his brother was obsessive about maps. Now everyone’s world is about to come crashing down.

Maybe someone should have listened to Thomas a little sooner.

Escape Rating B: Because Ray is genuinely a nice guy who is in over his head, the reader does feel for him. He wants to do the right thing, and Thomas is a challenge, to say the least. His father just died, the circumstances are weird, and Ray is stuck. He’s a freelance political cartoonist, so he can take some time to figure things out, but not much.

Thomas can’t be totally on his own, but he is fairly high-functioning. Also very self-centered. He can be reasoned with, up to a point. Late in the book, his condition is defined as schizophrenia, but I wonder if there’s more to it.

There are two parallel lines to the plot, and they eventually meet. Thomas sees a murder. One line is the track of convincing someone, poor Ray, to look into it and the results. The other half is the murder itself, what happened and why. The plot, motivations and people on the side of the “bad guys” was less clearly drawn for this reader than the Kilbride side.

Of course, the murder was very badly planned and executed and we’re not meant to sympathize, but I just didn’t get the motivations of the perpetrators as well, and that side of the story seemed a bit choppy.

At the end there was one last piece of business. Ray was still puzzled about his dad’s death. The solution to that final puzzle, that, that sent chills up my spine. 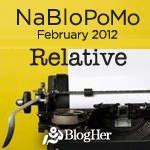 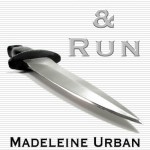 You Have No Idea
Hot Buttons Syndicated!

One thought on “Review: Trust Your Eyes by Linwood Barclay”