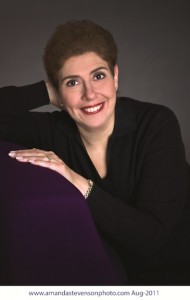 Today it is my very great pleasure to welcome Andrea Kane to Reading Reality. Andrea is the author of not just one of my new favorite series, but one of my favorite ensemble teams, the Forensic Institute team that solves the puzzles and catches the evildoers in her memorable thrillers, The Girl Who Disappeared Twice, The Line Between Here and Gone (reviewed here) and my review today of Andrea’s latest FI edge-of-your-seat suspense puzzler, The Stranger You Know.

I asked Andrea if she would write a bit about the creation of the crack (and sometimes wise-cracking) investigative team that makes this series such a terrific (and sometimes terrifying) joy to read.

I can’t remember the exact moment when the Forensic Instincts team was born. I just know that, rather than a single protagonist, my mind kept jumping from one character to another as I struggled to focus on one. At first, I was frustrated. I knew and understood Casey Woods. She was my strong, female protagonist. She had a background in behavioral analysis and psychology. She was no longer working for someone else— she was out on her own. She was vivid in my fertile imagination. Why then, did I keep flashing to a covert former-Navy SEAL/FBI agent and a hunky gym rat/techno genius? These guys weren’t Casey’s friends or lovers, so why were they intruding on my brewing storyline? 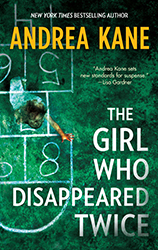 Because they belonged in that storyline. In fact, they belonged in every storyline of what soon became the “core three” of the Forensic Instincts team. There would be three new members to that team (don’t forget to count Hero!) before Book #1— The Girl Who Disappeared Twice— was fully written. And, yes, there might be more yet to come.

Once I opened my mind up to the idea of writing an ensemble, rather than a single, protagonist, the floodgates burst open wide. What a completely different, yet completely cohesive, team of brilliant minds with one thing in common— a blatant disregard for the confines law enforcement placed on them that crimped their style. They were all about getting the job done, and getting it done now. Their skills were undisputable, as was their loyalty to each other. You’ll see just how loyal when you read The Stranger You Know, where one of their own is in danger. 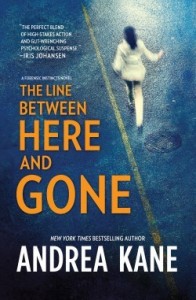 There were definitely some highlight moments when I was forming Forensic Instincts. I loved giving Ryan a strategic mind and all the most cutting-edge technological skills, and yet not making him a Dilbert, but rather a smolderingly handsome hunk who attracted women like a magnet, and who was a gym-rat, to boot. Talk about destroying a stereotype! And Marc, with his Special Ops and FBI Behavioral Analysis background, being such an enigma with so many facets to him, including a softer side where it comes to children. Oh, and let’s not forget the non-human-but-human team members— Yoda, the supreme artificial intelligence system created by Ryan but with an hysterical personality all his own, and Gecko, the “little critter” that Ryan built who can crawl his way through physical boundaries to acquire audial and visual evidence that would be an impossibility for a human being to accomplish. Secretly, I think of Yoda and Gecko as C3PO and R2D2.

I could go on and on, but, suffice it to say that each team member became a whole human being to me— compelling, dynamic, and so relatable. I laugh out loud when they bicker like children, and I hunker down and root for them as they take on each challenge— some of which I don’t even know about until those challenges stop FI and me in our tracks.

I guess it’s obvious how much I love writing the Forensic Instincts team. For me, they’re the very best combination of memorable characters and nail-biting plots. The team and their investigations develop more with each passing book. I hope you read all the novels in the series, and that you feel the same magnetism and excitement in reading them as I feel in writing them.

For more information about the Forensic Instincts series, the FBI and my other novels, please visit andreakane.com, connect with me on Facebook and follow me on Twitter.

Andrea and TLC Book Tours have graciously agreed to give away a print copy of The Stranger You Know to one lucky US/CAN winner. To enter, use the Rafflecopter below:
a Rafflecopter giveaway