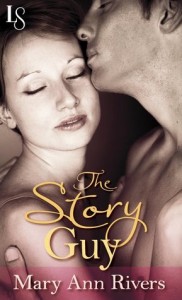 I will meet you on Wednesdays at noon in Celebration Park. Kissing only.

Carrie West is happy with her life . . . isn’t she? But when she sees this provocative online ad, the thirtysomething librarian can’t help but be tempted. After all, the photo of the anonymous poster is far too attractive to ignore. And when Wednesday finally arrives, it brings a first kiss that’s hotter than any she’s ever imagined. Brian Newburgh is an attorney, but there’s more to his life … that he won’t share with Carrie. Determined to have more than just Wednesdays, Carrie embarks on a quest to learn Brian’s story, certain that he will be worth the cost. But is she ready to gamble her heart on a man who just might be The One … even though she has no idea how their love story will end?

I had no idea what this would be from the title. Although I have to admit, she had me when I learned that the heroine was a librarian. Of course we all deserve to be the heroines of our own love stories!

But Carrie West could represent a number of, not just librarians, but other professional women. She’s thirty-something, and she’s happy with her profession and her professional life. She has a good circle of friends that she can call on, and she values her “alone time” as well. She’s an only child, and she’s lucky enough to have an excellent relationship with parents who are still healthy.

One part of her professional life that resonates is the economics. Her library is facing budget cuts, and her position is partially grant-funded. When bad budget news hits the library, it sounds like some of the librarians will have to become part-time, whether they want to or not, and whether that is a good service plan or not.

This rings entirely too true, particularly considering that Carrie’s library is described as serving a rust-belt community in difficult economic circumstances, and how critical the job-skill programs are for helping people get back to work. (Recession, anyone?)

About the romance…Carrie is restless. While she likes her life, sometimes she has played it safe. She likes to really know a man before she gets involved, but there’s no spark. One insomnia-driven night, she checks the personal ads and finds Brian. Who just wants to find a woman to kiss for an hour once a week in the park.

That sounds either desperate or creepy when written, but compelling in the personal ad. And it seems oddly safe to Carrie. The park is public, but has some semi-secluded spots. It’s outré, but not too much. She’ll be able to check the guy out before she commits to even the kissing. And his picture is hot.

The question is: why is that all he wants? And only once a week?

Digging for the answers at first frustrates Carrie no end, because Brian is not creepy at all. He’s incredibly sexy and totally defensive, but vulnerable at the same time. She wants more, and can’t figure out why they can’t try for more, especially after they admit that neither of them is in any other relationship.

Brian’s story is a story of love and self-sacrifice. Carrie has to put her heart out there again and again in order for him to believe that they might have a chance. She never knows whether all she will have in the end is just this incredible story of what might have been.

She decides he’s worth it, even when he doesn’t. 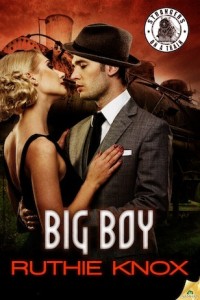 Escape Rating A-: The premise reminded me a lot of Ruthie Knox’s Big Boy (reviewed here), and that’s high praise. The concepts are similar, someone who is self-sacrificing trying to carve out a tiny bit of time for themselves for a sexual escape and being too scared to reach for more.

I also love the idea of the “story guy”: someone who will, if not become a forever love, at least become a person worth telling fantastic stories about, once the pain has died down a bit. Or maybe a lot. We all have someone in our lives who brings a secret smile, as we remember when.

Brian and Carrie are the heart of this story, especially Brian, even though the story is told from Carrie’s point of view. And it’s fitting that it works that way, because Brian no longer feels that he has the right to a point of view, or anything else for himself. He’s sacrificed everything, and he doesn’t know how to stop. Loving Carrie makes him see that he has to, because doing the right thing for himself might finally be the best thing for everyone.