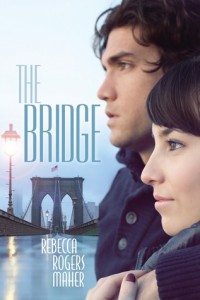 Henry meets Christa on the west tower of the Brooklyn Bridge, just as they’re both about to jump off and kill themselves. Despite his paralyzing depression–and her panic over a second bout of cancer–they can’t go through with their plans knowing that the other is going to die. So they make a pact–they’ll stay alive for 24 hours, and try to convince each other to live.

From the Staten Island Ferry to Chinatown to the Museum of Modern Art–Henry and Christa embark on a New York City odyssey that exposes the darkest moments of their lives. Is it too late for them? Or will love give them the courage to face the terrifying possibility of hope?

Two people who have decided that life has thrown more at them than they can handle meet in the most unlikely of places–in the middle of the night, at the top of the Brooklyn Bridge, screwing their respective courage to the sticking point in preparation to jumping off.

Both Christa and Henry have decided to commit suicide. But neither planned on a witness. Discovering each other, nervous and shaking in the darkness, pulls them each out of the pit. At least for one night. Individually, they are willing to make the leap, but they think the other should be saved.

They make a pact, they’ll spend 24 hours together; alive. They can always come back.

But for 24 hours, they give each other one perfect day. Three places each that are fun, or meaningful, or merely distracting. Each plans to give the other a reason for living, even though each plans that they will be the one back on the bridge the next night.

Henry has been consumed by clinical depression for more than a decade. Christa has just received the diagnosis that her breast cancer has returned, even though she bears the physical and emotional scars from her first mastectomy.

Neither has been willing to burden friends or family with the weight of caring for or about them. They are both afraid to reach out.

But it’s just one day. Until it’s nearly cut short, and they both realize how precious a day can be.

Escape Rating B+: This is short and sweet and incredibly sappy. I will confess that I did not expect to like it at all. But once I got started I couldn’t put the damn thing down.

The story alternates between Christa’s point of view and Henry’s. Also it literally counts down the hours in their 24 hours. It made it easy to count down the day, but the change in perspective (and voice) was a teensy bit jarring, even though the idea was to allow readers to get inside the characters’ heads, since that’s what brought them to the bridge in the first place.

Christa’s situation was way easier to understand than Henry’s. I appreciate the attempt to explore what that level of total depression feels like, but the author didn’t quite manage to do it for me. I felt more for Christa.

The way the story resolved, well, I was hoping for a reason that they decided to fight for togetherness (Christa’s cancer precludes happy ever after). But the mechanism that broke the deadlock was slightly deus ex machina.

The Bridge is still a terrific three-hankie special. If you enjoy slightly weepy happy endings, you’ll love this one.