I borrowed The Cuckoo’s Calling from the library out of sheer curiosity. I wonder how the hell Rowling did at a mystery/suspense thriller. Now that we all know Robert Galbraith is Rowling, it all seems so obvious. Cormoran Strike is so a Hogwarts’ name. 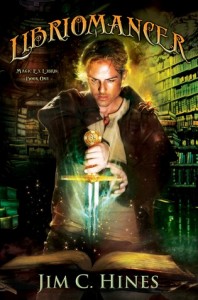 I finally got Libriomancer by Jim C. Hines, and started it immediately. This is my kind of book. Not just because the hero is a librarian (awesome) but the whole concept that there is magic in books that a person with the right kind of talent can release. We all know that there is magic in books, but the idea of bringing into the real world is made of win. (I also love Hines’ work on exposing, sometimes literally, the sexism in sci-fi and fantasy book covers, but there isn’t enough mental bleach in the universe to make me un-see the Flandry re-shoot with Patrick Rothfuss. I love Mary Robinette Kowal’s power-pose, but OMG, Rothfuss in the lower left. Enough said.) If you’ve never looked at the “Cover Posing” section of Hines’ site, take a look. Your eyes will be opened. And your back will spasm in sympathy.

So far, Libriomancer is excellent. But that was to be expected. 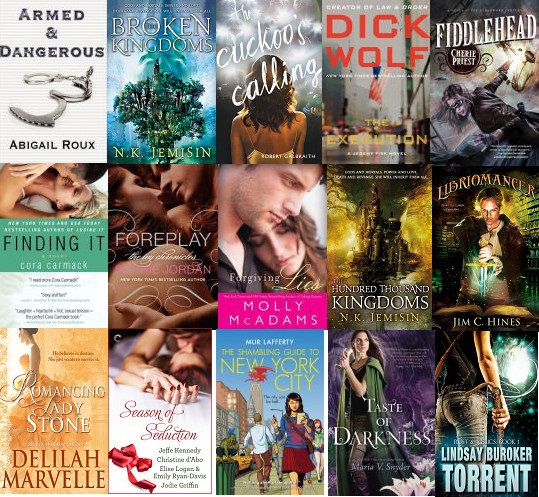