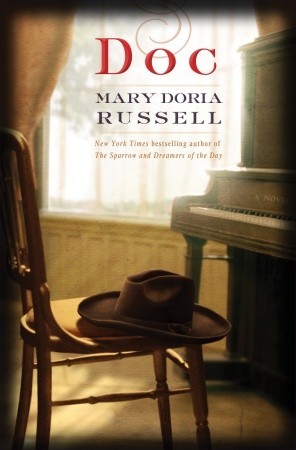 The year is 1878, peak of the Texas cattle trade. The place is Dodge City, Kansas, a saloon-filled cow town jammed with liquored-up adolescent cowboys and young Irish hookers. Violence is random and routine, but when the burned body of a mixed-blood boy named Johnnie Sanders is discovered, his death shocks a part-time policeman named Wyatt Earp. And it is a matter of strangely personal importance to Doc Holliday, the frail twenty-six-year-old dentist who has just opened an office at No. 24, Dodge House. Beautifully educated, born to the life of a Southern gentleman, Dr. John Henry Holliday is given an awful choice at the age of twenty-two: die within months in Atlanta or leave everyone and everything he loves in the hope that the dry air and sunshine of the West will restore him to health. Young, scared, lonely, and sick, he arrives on the rawest edge of the Texas frontier just as an economic crash wrecks the dreams of a nation. Soon, with few alternatives open to him, Doc Holliday is gambling professionally; he is also living with Maria Katarina Harony, a high-strung Hungarian whore with dazzling turquoise eyes, who can quote Latin classics right back at him. Kate makes it her business to find Doc the high-stakes poker games that will support them both in high style. It is Kate who insists that the couple travel to Dodge City, because “that’s where the money is.” And that is where the unlikely friendship of Doc Holliday and Wyatt Earp really begins–before Wyatt Earp is the prototype of the square-jawed, fearless lawman; before Doc Holliday is the quintessential frontier gambler; before the gunfight at the O.K. Corral links their names forever in American frontier mythology–when neither man wanted fame or deserved notoriety. Authentic, moving, and witty, Mary Doria Russell’s fifth novel redefines these two towering figures of the American West and brings to life an extraordinary cast of historical characters, including Holliday’s unforgettable companion, Kate. First and last, however, “Doc “is John Henry Holliday’s story, written with compassion, humor, and respect by one of our greatest contemporary storytellers.

I’m having a difficult time starting my review for this book. It is one of those stories that I suspect people will either love or hate. I loved it. I also got so immersed in it that I’m having a hard time stepping back from it.

The book is a fictionalized version of the life of John Henry Holliday, much, much better known as “Doc” Holliday. And even though the event that made him life in the legends of the American West is the infamous Gunfight at the O.K. Corral in Tombstone, Arizona, this book doesn’t get that far in Doc’s relatively short life. 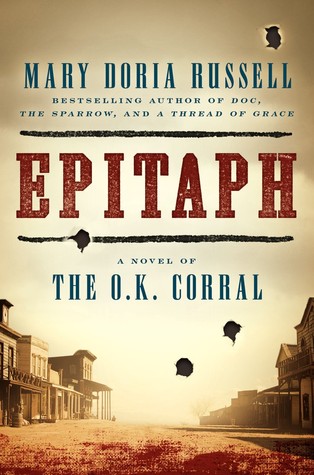 That part of the story is coming in Epitaph, which has probably just moved up my reading schedule a couple of months. Even though I know perfectly well how it ends. Doc, at least, is a book where the journey is much more interesting than the destination.

The story in Doc feels like it is more about the way that Holliday became involved with the Earp brothers (Wyatt, Morgan, James and Virgil) than about any possible gunslinging. Not that Doc seems to have done anywhere near as much of that as legend makes out.

Doc Holliday was mostly two things in Dodge City, Kansas where this part of his story (and theirs) takes place. In his own mind, first he was a dentist. He was no quack, either. He earned that title, “Doc” at the Pennsylvania College of Dental Surgery. He graduated as D.D.S., Doctor of Dental Surgery, in 1872.

People didn’t like to visit the dentist in 1872 any more than they did in 1972, or possibly 2072. In the very wild Western cowtown of Dodge City, Doc earned his living as a gambler. Which was a considerably more respectable occupation than it is today.

There was one other thing about Doc Holliday which affected his whole short and often unhappy life. He contracted tuberculosis in his early 20s, and spent the rest of his short life staving off his early death.

He moved west from the Atlanta area in the hopes that the hot dry summers would be better for him than sticky, wet, muggy Atlanta. No one thought about all the dust. Or that a dentist couldn’t make a living, but a gambler could. But gamblers generally work in smoky saloons late at night, and that wasn’t better at all.

Doc was a cultured and mannered gentleman in a town where cowboys squandered their hard-earned pay in drunken sprees at the ends of months-long cattle drives. He was also a man who simply could not hold his own in a barroom brawl, because he was a tall, skinny man with a death rattle cough that doubled him over on an all too frequent basis.

In this story, we see him coping with increasing debilities as the disease steals his life an inch at a time. We also see all the lives that he touched in Dodge, especially the Earp brothers. Wyatt Earp tried his hand at being a standup, unbought lawman in a town where everything was for sale. As the place started to become more civilized by Eastern standards, Wyatt made himself some backers among the reform-minded people, and made enemies of the saloon and brothel owners who held all the money in town.

Doc both saved his life, and fixed his teeth. The Earps saw Doc as another brother. Which is part of the reason they all ended up in Tombstone in 1881. The friendship that they formed in Dodge City put them all on a path to legend and myth.

Escape Rating A-: One of the things that consistently surprises you during this story is just how young they all were. We think of them as grizzled veterans, but all of them, Holliday, the Earp Brothers, and even Bat Masterson were all in their mid-to-late 20s when this story takes place, and not much older at the famous gunfight in 1881. The legends all came much later, when they were old, or dead.

As I read, Doc reminded me of both Lonesome Dove and Deadwood, which I realize is probably an odd combination. 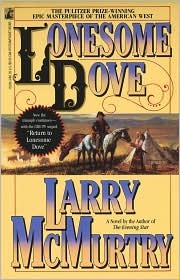 I’m not just including Lonesome Dove because it is also a big, sprawling Western, or at least is set during this same time period of U.S. western expansion, but because of the way that both stories bring every single character to life and immerse the reader in a way of life that the characters love but know is passing.

The Earps are mostly itinerant lawmen. Many of their wives were prostitutes, or at least had been working girls. There were damn few of what would have been considered “respectable” women around a cattle boom town in the middle of nowhere. No one in this story is a stock character. Every person, not just the Earps and Doc, but all the side characters including all the “soiled doves” have their own story and part to play in the wider narrative.

One of the strongest characters in the book is Kate Harony. She was a prostitute known as Big Nose Kate. She was also the daughter of Hungarian aristocrats who lost power during the Mexican Revolution. In the story (and in real life) she was Doc Holliday’s partner – but he certainly wasn’t keeping her. It seems pretty clear that mostly she was keeping him, and helping to take care of him when his illness flared up.

At the same time, this story reminds me a lot of Deadwood because the powers-that-be, such as they are, are entirely corrupt. Not necessarily in the sense that they run businesses that someone might find of questionable morality, but because they bought and sold everyone and everything in their path.

They are also aware that the harbingers of civilization will drive them out sooner or later, so they are always on the lookout for their next big chance to fleece a lot of cowboys and anyone else foolish enough to come under their sway.

So while the story focuses on Doc, there are layers within layers about the life of the town and the slow demise of the frontier that it represents. In the center of the story, Doc is always dying, and always fighting to live the best he can no matter how painful it becomes. And his story is marvelous and heartrending all at the same time.