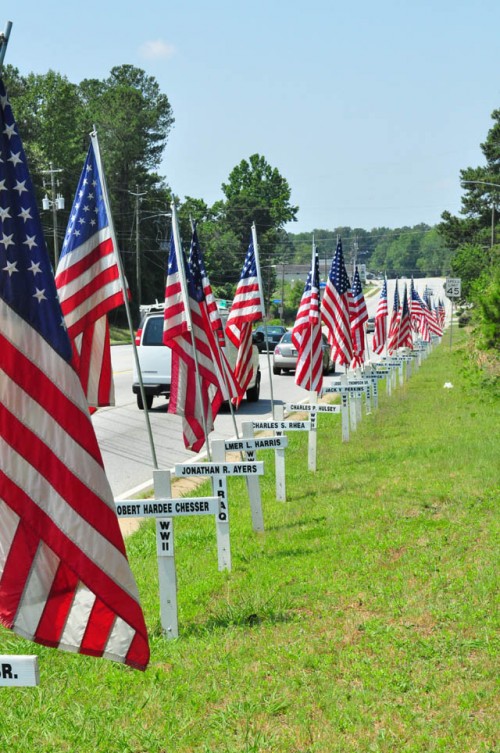 Today is Memorial Day in the United States. It is officially celebrated the last Monday in May, and is a federal holiday to honor and remember the people who died while serving in the U.S. Armed Forces.

The holiday, originally known as Decoration Day, began as a way of remembering those killed in the Civil War. And the custom was to decorate cemeteries where those who had fallen in that war were buried.

Today, the holiday commemorates all those who have died in uniform, whenever, wherever and however they served.

The picture above is from Duluth, Georgia, where I currently live. Every year, the week before Memorial Day, the town lines all the major roads with crosses, commemorating the sons and daughters of the town who served and fell.

As you can see from the picture, that service spans all the wars since the town of Duluth received its charter in 1876. This picture is the first time I’ve seen one of the crosses for someone who served in Iraq, but I wasn’t surprised to find one. I’m pretty sure that I have seen crosses for those who served in the Spanish-American War in 1898. I have also found crosses for female soldiers. Not many, but they are there.

What continues to surprise me is that I have seen only crosses. No Stars of David. No Star and Crescents. No symbols to represent Hinduism or Buddhism. And I can’t help but wonder, were all the people who served from this community Christian? Did no one of any other faith, or none, come from this place to serve their country? And if not, why not?

Or has their service been forgotten?

Memorial Day is the day that we remember ALL of those who gave their lives for this country, no matter who they prayed to, or if they prayed at all, before they fell. 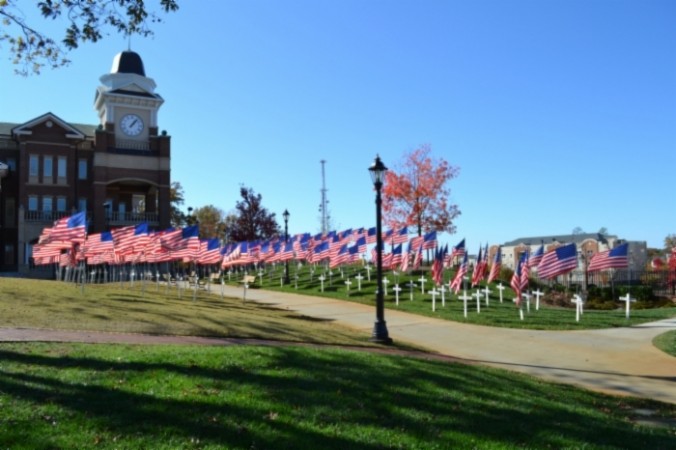