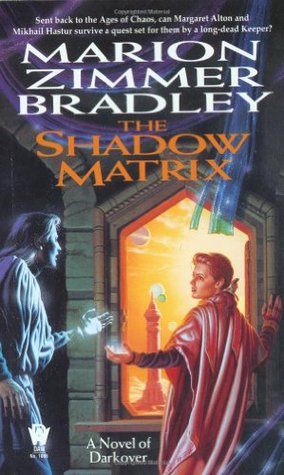 After spending her youth in the Terran Empire, Margaret Alton returns to Darkover, the planet of her birth. There she discovers she has the Alton Gift--forced rapport and compulsion--one of the strongest and most dangerous of the inherited Laran gifts of the telepathic Comyn--the ruling families of Darkover. And even as she struggles to control her newfound powers, Margaret finds herself falling in love with the Regent to the royal Elhalyn Domain, a man she has been forbidden to marry, for their alliance would irrevocably alter the power balance of their planet!

Margaret Alton, now holder of the Shadow Matrix, must return to Darkover and learn how to control and use her newly-enhanced laran gifts. But the culture of the Towers is difficult for her; she feels like an outcast, and would much rather be with her beau, Mikhail Lanart-Hastur. Mikhail, for his part, has been handed a difficult job–test the remaining sons of the mad Elhalyn clan, to see if any of them are suitable to be the next king. It’s a small comfort that the Elhalyn king is a figurehead; the real power lies in the Hasturs. The last adult woman of the clan is clearly insane, and under the influence of a rogue laran user, but Mikhail soldiers on, trying to do the job his uncle tasked him with as the Regent of the Elhalyns. He’d much rather be with Margaret–but that alliance has been forbidden, as it would tip the balance of power on the Comyn Council, and that just won’t do. As both of them struggle with doing what they must do, they begin hearing voices in their dreams, voices that would send them on an adventure far, far into Darkover’s past. Their return from that adventure will change the future of Darkover. 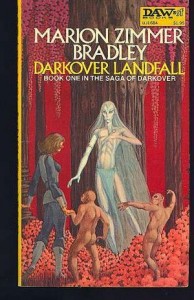 Escape Rating: B+. I’ll say it right up front: If you’ve not read a lot of other Darkover novels before this one, The Shadow Matrix will be almost incomprehensible to you. There’s backstory a-plenty: the politics of the Comyn, the madness of the Elhalyn family, laran and everything that goes with that, the Darkovans’ experiences with the Terrans, Lew Alton himself, the Shadow Matrix, and so, so much more. Names and terminology are thrown around willy-nilly, and you’re supposed to just know all that stuff. Darkover Landfall or even Thendara House are much better entry points for the Darkover novice.

With that caveat, Marion Zimmer Bradley’s Darkover very much is the definition of “epic fantasy milieu,” for me. The world and its people are rich and complex, and every action, every plot line, has multiple complicated angles to it, that the reader can really sink their teeth into. I don’t read a lot of fantasy, really, as I’m pretty fussy about how much brain-power I’ll put into my relaxing reading, and Darkover can soak up a lot of it. But Darkover can capture me, in a way that some other fantasy worlds just don’t, and for me the capturing element is that the culture of Darkover, static for a thousand years, is facing a tectonic shift, with the return of the Terrans to Darkover–suddenly, Darkover isn’t the only world there is, and Earth’s interest in the lost colony is not entirely benign. Darkover’s rulers must cope with this, and deal with the introduction of technologies that have never been seen on Darkover.

For me, this struggle of a society in flux almost echoes the one that our own society is dealing with. Marion Zimmer Bradley died in September of 1999, but in so many ways, her Darkover works portend the struggle of a society trying to learn new things that fly in the face of generations of tradition, and struggling to learn new technologies, and new ways of thinking. Consider this: When I was a child in the 1970s, I could possibly tell you a very small list of facts about a couple of countries other than my own–we did a brief survey of the history of Japan, one year, as I recall. But in the 21st century, our world has gotten so much smaller: I not only have access to all the information I could want and more, I can also connect with someone who is living there without too much difficulty, and learn it from them. That sudden shift is the kind of struggle Darkover’s leadership must deal with–and it keeps Regis Hastur up at night, for sure!

In The Shadow Matrix, Zimmer Bradley sends two young people off on an adventure that will solve one of Darkover’s great unsolved mysteries, and let them meet figures from Darkover’s distant past. I don’t want to spoil it too much, but along the way to begin that adventure, we finally get to understand more about the Elhalyns, something I couldn’t quite wrap my head around in my earlier Darkover reads. The love story between our two protagonists is very well-executed, though stereotypically, for quite a lot of the book, Mikhail has to be the “strong one,” and reassure his more-frail fair maiden Margaret that things will be okay. This strikes a bit of an out-of-tune note for me, as Margaret is an accomplished scholar in her own right. It’s not that she’s a naturally faint-hearted woman, at all; it’s just that, with her growing powers, she’s thrown into circumstances that she does not understand or want. Mikhail is a very old-school Darkovan man, and tut-tuts about it with her. Surprisingly to me, this doesn’t anger her.

When our couple returns from their time apart to the Comyn Castle in Thendara, they’re immediately embroiled in the political intrigues of the Comyn. Margaret, having no background for this, spends time with her mentor’s wife, who has recently come to Darkover to see her. Mikhail, as Elhalyn Regent, is struggling with the unfortunate fact that none of the children of the clan are at all suitable to sit as the King, and he does not want to do it himself! Meanwhile, the lovely (but vapid and scheming) Gisela Aldaran is trying to plot her way into a marriage with Mikhail, as she and her family thinks it would benefit the outcast Aldaran family to be closer to the throne. It’s all very normal (for Darkover), until the height of the Midwinter Ball, when a deep voice suddenly booms out in their mind, and Mikhail and Margaret begin their grand adventure. In true epic-fantasy fashion, it takes us well over 300 pages to get to the beginning of the “real” story!

This book is very much an “amazing adventure.” A lot of my reading has to do with ordinary people, who do interesting things–like, fall for each other–but in this book, we have epic people, doing epically awesome things, that can reshape a world. It’s a different kind of escape, to be sure, but Darkover is a world you can easily escape to, and enjoy.

Marlene’s Note: I discovered Darkover in the mid 1970s, and read (and occasionally re-read) the entire series available in the 1970s and 1980s. At the time, I loved them. The world creation is both completely absorbing and felt realistic. It felt like something that could have happened. The culture clash mirrored society in the 1960s and 1970s, and still does today. Those themes are evergreen. But after Zimmer Bradley’s death I became aware of the documented history of child physical and sexual abuse that occurred in her household, and which she certainly enabled and likely participated in. Knowing now what I did not know at the time, I have a difficult time separating the art from the artist.

For a summation of the case and sources for more information, see Jim C. Hines post titled “Rape, Abuse, and Marion Zimmer Bradley”. 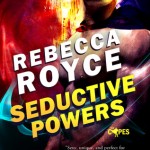