The shelf stacks have been shorter in recent weeks. I believe this lull is brought to you by the months of December and January. While there are some books published during that period, there just isn’t a whole lot going on between Thanksgiving and late January. So not many ARCs. I might have a chance to catch up just a smidge.

For Review:
The Darkest Torment (Lords of the Underworld #12) by Gena Showalter
The Fifth Petal (Lace Reader #2) by Brunonia Barry
Hanging the Stars (Half Moon Bay #2) by Rhys Ford
Running on Empty (Salt Box #3) by Meg Benjamin
Say Goodbye for Now by Catherine Ryan Hyde
The Tides of Bara (Sorcerous Moons #3) by Jeffe Kennedy

Borrowed from the Library:
Go Set a Watchman by Harper Lee 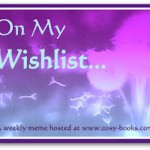