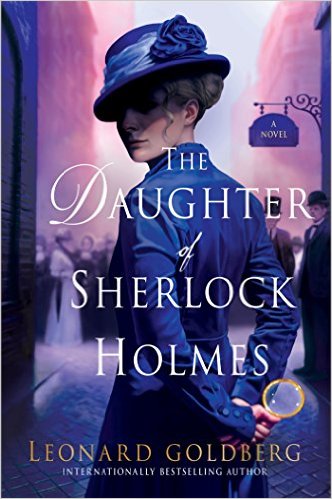 1910. Joanna Blalock unknowingly is the product of a sole assignation between the late Sherlock Holmes and Irene Adler. After the nurse and her ten-year-old son see a man fall to his death in an apparent suicide, elderly Dr. John Watson and his charming handsome son Dr. John Watson Jr. invite her to join their detective team. From hidden treasure to the Second Afghan War of 1878-1880, the group devise an ingenious plan to catch a murderer in the act while dodging Scotland Yard the British aristocracy.

This book is absolutely charming, and I was utterly charmed.

The title does give just a bit of it away, as well as the reason why I picked it up in the first place. I find Sherlock Holmes pastiches completely irresistible, and with that title, well, it couldn’t be anything but. The protagonists of this lovely little mystery are the esteemed Dr. John H. Watson, friend and chronicler of the original Sherlock Holmes stories, his son, John H. Watson the younger, also a physician, and Mrs. Joanna Blalock, the aforementioned daughter of the, by this point in time, late and very Great Detective.

This is story for those who love the Holmes stories, but don’t mind playing a bit with the stories and the characters. While the mystery itself is a callback both to The Adventure of the Dancing Men and particularly to The Adventure of the Empty House. This case in our present story parallels much of Empty House, most especially in their villains. Just as our detective is Holmes’ daughter, our villain is Sebastian Moran’s son.

And Inspector Lestrade’s son is now himself a Scotland Yard detective. And the son is just as willing to let an easy solution lay, and to allow Holmes’ daughter to solve the case while he takes the official credit, as ever his father was with hers.

Some things never change, and that is definitely part of the charm of this story.

The case itself stems from the Second Afghan War, where Watson Sr. and both Morans served. (A war that seems to never end. Dr. Watson in the contemporary Sherlock series was also wounded in the Afghan War).

But in this case, a young man appears to have committed suicide while playing cards with Dr. Christopher Moran, and losing disastrously. His family does not believe that it was suicide, even though they absolutely cannot believe that their son’s good friend Dr. Moran could possibly have had anything to do with it.

Mrs. Joanna Blalock, a friend of the family, finds herself at Dr. Watson’s door, which is still 221b Baker Street, in search of assistance with the case. Watson knows precisely who she is, and is more than willing to assist her in her endeavors, first by cudgeling his memory, and second by assisting her with her case – with the help of his son, who is smitten with the young widow.

As the case unravels we follow this intrepid trio, as chronicled by Dr. Watson the younger, as they form a tight-knit partnership and eventually solve this string of terrible murders that would have all passed as accidents without their timely assistance.

The case is a worthy successor to the canon from which it sprang.

Escape Rating A-: This was the right book at the right time. The Daughter of Sherlock Holmes was calling my name from the top of my TBR pile, and I simply decided to answer the call. I fell right into this Edwardian continuation of the Holmes stories, and I sincerely hope that there are more.

As far as the Holmes canon goes, it has to be said that this story ignores the events of His Last Bow, the final Sherlock Holmes story which is set on the eve of the First World War. The Daughter of Sherlock Holmes is set in 1910, and by this point in its history, Holmes has been dead for several years.

But one part of the canon that is surprisingly tastefully handled is the birth, or rather the creation, of his daughter Joanna. Yes, Irene Adler was her mother. It’s nearly always Irene Adler when someone tries to continue the Holmes tradition by providing him with a child. The problem is that Holmes in the original stories is such a cold and seemingly unemotional character. It is difficult to imagine that thinking machine indulging in the pleasures of the flesh, let alone having a torrid, or even a tepid, affair.

The problem is often handled by changing some of the nature of Holmes, making the actual person of Holmes a considerably warmer character than the fictional version, and this is not implausible. The author of this story takes another tack. Here, we have Joanna as essentially the product of a one-night stand between two lonely people who mostly valued each other for their minds. It feels more plausible than some of the other possibilities.

One of the other parts of the story that is handled well is the inclusion of both Drs. Watson. Watson Sr. is in his 80s, and time and age are catching up to him. But he lives at 221b and occasionally helps people who still drop by searching for Holmes. It is not an attempt to recapture past glory. Instead, as he says himself, it is out of a desire to remain relevant. The case presented by Joanna Blalock provides him with that. It takes all three of them to solve this puzzle and Watson Sr. feels not merely relevant, but invigorated. It was good to see this often undersung sidekick get one last chance to shine.

I truly hope that this is the start of a series, because I want MORE! 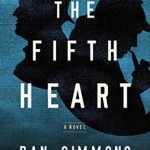 Review: The Fifth Heart by Dan Simmons
The Beekeeper and his Apprentice

Review: The Whole Art of Detection by Lyndsay Faye
The House of Silk

One thought on “Review: The Daughter of Sherlock Holmes by Leonard Goldberg”