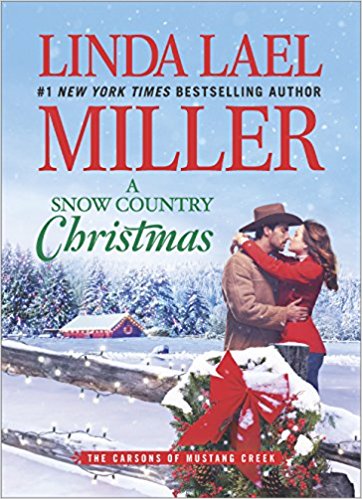 It's a Christmas affair to remember as a Hollywood mogul discovers his inner cowboy—and the woman of his dreams—amid the rugged beauty of Wyoming.

Raine McCall would take snow-covered mountains over a star-studded premiere any day. But when hotshot movie executive Mick Branson arranges dinner on Christmas Eve to discuss a work opportunity, she's intrigued—by the offer and the man. She's a no-makeup, no-frills single mom, who's happy with her quiet life. Sharing chili cheeseburgers and sizzling kisses with Mick is sure heating up her holiday, but country girl and power player don't mix…

It's not just work that's brought Mick back to Mustang Creek. Since he first visited to oversee a documentary, free-spirited graphic designer Raine has been in his head. Her approach to life is as unconventional as her quirky holiday ornaments. Their attraction is undeniable—and so are their differences. Putting down roots in the Wild West wasn't in the script. But there are some Christmas gifts you can't walk away from, even when they turn your whole world upside down…

A Snow Country Christmas is a candy cane of a Christmas romance, sweet with just the right touch of shivery, bracing coolness to make a delicious holiday treat.

It is also the perfect coda to the Carsons of Mustang Creek series. And even to the Brides of Bliss County series that it spun off from. It feels like all the story lines have been tied up with a big red Christmas-y bow, wrapped around this lovely story like a present.

The romance is of the “opposites attract” variety. Except it kind of isn’t. Raine McCall and Mick Branson are both certain that they have next to nothing in common. And on the surface they may both be right, but in the ways that it counts, they are totally and blissfully wrong. 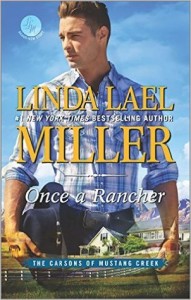 Raine has been in the background of the entire Carsons of Mustang Creek series, and with good reason. She’s Slater (the hero of Once a Rancher) Carson’s ex. Not his ex-wife, just his ex. But also the very much present mother of his daughter Daisy, now approaching adolescence at breakneck speed. Raine knew that she and Slater, while they had a great time, didn’t suit for the long haul, so when she became pregnant and he made the expected offer of marriage, she turned him down.

They are, however, still very good friends and great co-parents for Daisy. It’s impossible not to believe that things worked out better this way for everyone, especially Daisy.

But Raine’s reaction to that expected proposal does sum up her life philosophy in a lot of ways. Raine is unconventional. Not just because she’s an artist, but because she’s found a place for herself and a way of living that work for her, and she’s learned not to pay attention to anyone who thinks she’s wrong for not doing any of the expected things.

Mick Branson does the expected things, and pretty much always has. Raine calls him “Mr. Boardroom” because he’s a high-powered wheeler-dealer in Hollywood and plenty of other places. Mick is also the man who finds the funding for Slater’s award-winning documentary films.

But somewhere along the way, his work with Slater as well as the many visits it’s required to Mustang Creek, have given Mick a new perspective – or put him in touch with a part of himself that he left behind. He’s fallen hard for Wyoming in general, and Mustang Creek in particular. He’s come to realize that at 40 or thereabouts, he’s tired of spending his life on the road or in the air, and wants to put down some roots and have a real life.

And he’s fallen even harder for Raine McCall, a woman whose life and roots are in Mustang Creek and who intends to keep them there – no matter how great a temptation Mick might provide. And as they explore the chemistry that has been simmering between them since their first meeting, they discover that under the surface, they have way more in common than anyone ever imagined.

And that it’s not just a mutual love of her famous grandfather’s novels.

Escape Rating A: I don’t give full A grades to many novellas. Even when I love them, there’s something about the novella format that usually leaves me itching for just a bit more. That’s not true with A Snow Country Christmas.

Because we’ve met these people before, and the setting is already established, the length here is just right. It also mirrors the length of time the story covers, over one long Christmas holiday, and it also seems to parallel the timing and course of Raine’s grandfather’s unfinished last novel.

That unfinished novel provides a touch of nostalgia as well as a way for the old man that Raine loved to give his haunting approval of her choice. And it gives Mick a vehicle in which he can explore his own suppressed creative side. The way that the unfinished story of the greenhorn and the unconventional woman of the West parallels Mick and Raine’s own romance was a marvelous touch. 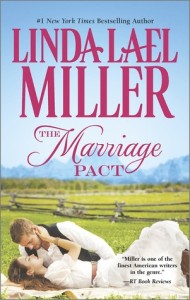 For series fans, A Snow Country Christmas is the perfect ending to a delightful series. But, while I think this novella is complete in itself, it just doesn’t feel like the right place for beginners to start the series. For the best time in Mustang Creek, start back with The Marriage Pact, the first of the Brides of Bliss County series, to meet everyone and get to know this marvelous bunch of people.

I’ll miss these folks. But the romance between independent, unconventional Raine and thoughtful, considerate and willing-to-adapt Mick was the icing on what has been a really delicious cake.

Reviewer’s Note: The page count for this book on both Goodreads and Amazon is pretty far off. At 1700 kindle locations, A Snow Country Christmas is definitely a novella, and probably around 150 pages in length. A nice, quick read. With that number of kindle locations, the 384 pages listed on Goodreads is impossible without a ridiculous amount of white space. The 256 pages listed on Amazon probably refers to the large print edition. If you’re looking for a nice long read in this setting, go back to either The Marriage Pact or Once a Rancher, the first books in The Brides of Bliss County and The Carsons of Mustang Creek. 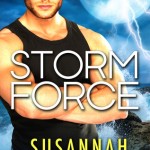 One thought on “Review: A Snow Country Christmas by Linda Lael Miller”