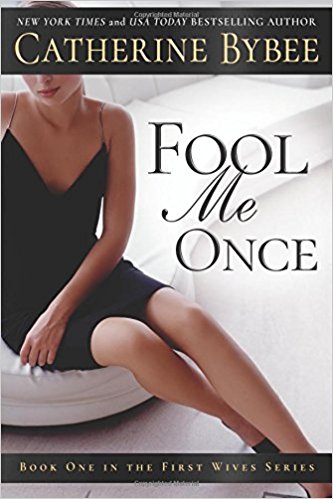 From Weekday Brides to First Wives, a dazzling series about four women and their alliance of newfound friendship, unexpected love, and second chances.

Cynical divorce attorney Lori Cumberland lives by one motto: Love is grand, but divorce is a hundred grand. With one failed marriage under her own personal belt, Lori had fallen hard and early—and it isn’t something she plans on repeating. She’s content focusing on the temporary marriages of her rich and famous clients. When she joins some of her recent divorcées on a celebratory cruise, her only vow is fun, sun, and new friends. But Lori finds herself tempted by a jury of one.

For Reed Barlow, falling into the world of private investigation was easy. He knows the law and knows how to avoid breaking it—all while doing his job. His rule to live by? No emotion, no involvement…until Lori. His charming smile and cocky attitude distracts Lori and lowers her guard, which is exactly what Reed desires.

But what appears as a one-time-only flirtation may be a plot orchestrated by Reed. As he’s taking his investigation to a dangerous level, it’s Lori who could end up in jeopardy. Reed has only one shot for Lori to grant him a second chance. But if he comes clean with her, he blows his cover. And that just might cost him the opportunity for an alliance of family…and of love.

As the old saying goes, “Fool me once, shame on you. Fool me twice, shame on ME.” I still hear those words in Jimmy Doohan’s inimitable Scottish brogue, as the first time I ever heard this adage was in Star Trek: The Original Series in the episode “Friday’s Child”.

Although Fool Me Once is the first book in a spinoff series from Weekday Brides, you don’t have to read any of the first series to jump into the second. There are enough explanations about Alliance to get new readers right into the thick of things. But the Weekday Brides are awesome, so if you like Fool Me Once, you’ll love them, too.

The women featured in Fool Me Once and the First Wives Club are all Alliance veterans. Shannon, Avery and Trina were all contract brides, married to rich and/or powerful men in name only, for a year or so, in return for huge payouts at the end, when the inevitable divorce occurred. As intended. As contracted for by both parties.

Except it only works some of the time. Lori, the heroine of this story, is the legal brains behind Alliance. She writes those iron-clad pre-nups and sees all her clients from initial interviews to after-care when the divorce is final and the gossip inevitably hits the fan.

It doesn’t always work. About a quarter of the Alliance-arranged contracts have turned into real marriages. Considering that the divorce rate for non-arranged marriages is 50%, these are not bad odds. But Shannon, Avery and Trina are special cases.

Shannon made the mistake of falling in love with her ex. Two years later she still hasn’t gotten over it. Avery just got her divorce, and is ready to party. Trina’s situation is the one that ends in tragedy, and that sets this story in motion. Trina’s husband-in-name-only committed suicide while they were still married. As if that wasn’t enough, his mother died a few days later, leaving her entire fortune, not to her family, but to Trina. Who is overwhelmed with guilt and constantly in the cross-hairs of the paparazzi – and her father-in-law.

Lori may not believe in love and marriage after years as a divorce lawyer, but she does believe in taking care of her friends. And all of these women are her friends as well as her clients. Trina needs a getaway. And she needs company to help her get out of her funk, as well as to shield her from the press. It seems like a brilliant idea to get away for a week on a high-class cruise in the Mediterranean – but that just puts them in the midst of a whole new set of problems.

And that’s where Reed Barlow comes in. He seems like one of the solutions – not for any of the former Alliance brides, but for Lori herself. He looks like the perfect end to her very long dry spell, and the chemistry they ignite feels more than just physical. That he lives close enough to Lori’s home base in LA to make a continuation of their shipboard romance possible seems perfect. And so does Reed. Maybe just a little too perfect.

Because Reed isn’t part of the solution, he’s part of the problem. At least until he re-discovers his inner hero and changes sides. Too late to save their relationship, and possibly even too late to save Alliance and its secrets.

Escape Rating A-: Fool Me Once is a marvelous cross between romantic suspense and women’s fiction, and I loved every minute of it. As I have all of Catherine Bybee’s books that I have read so far. The number of kindle locations in Fool Me Once made me think that the book was a bit longer than the 350 pages it claims to be, and I didn’t care.

The women’s fiction angle comes in because so much of the backbone of the story is the relationship between the four women. They call themselves the First Wives Club because they’ve all been divorced, including Lori. But instead of the usual version, where the first wives got thrown over for the newer, younger model, these women ended up mostly where they thought they would, with a few kinks in the road. Instead, went into the arrangement intending to trade their contracted sugar-daddy husbands for newer, probably younger models who are their own choices.

Of course, the best laid plans of mice, men, and women often go astray. But the relationship that forms between these sisters-of-choice is forever. Readers who like Shannon, Avery, Trina and Lori will fall right in with them. They are all strong women with their own distinct personalities, but they are all different. It’s easy to identify with one or all of them, and that’s what makes the book.

The romantic suspense angle has its moments of extreme danger, but also plenty of intrigue and mystery. It’s clear at the beginning that Reed enters into the story with an agenda that is funded by someone else, someone who does not have the best interests of any of the women in mind. Although Reed changes sides (he has to or this wouldn’t be a romance) the person who set him in motion is not happy or satisfied, and will probably come back to haunt Shannon in particular and Alliance in general.

But the real mystery and danger in this story comes not from Lori and Reed, but from Trina’s case. Trina’s entanglement with her late husband’s family has caused a lot of resentment, and someone is willing to go through Lori to get to Trina, putting both of them in danger. The threat is very real and nearly catastrophic. At the same time, Trina’s unexpected inheritance provides her with a way forward that no one expected at the beginning. The ongoing story of her new adventures looks like a lot of fun.

When a hero screws up as much as Reed does (and sister does he ever) I usually need for the hero to do a really, really good grovel for the heroine to justify taking him back. While I’m not sure Reed groveled quite enough, he did save her brother’s life. That makes up for a lot of grovel. This HEA is earned!

At some point in this series, there might be a real “fool me twice” possibility. Shannon is, after all, in love with her ex. I can’t help but wonder whether her eventual HEA will be with him, or whether she’ll manage to finally wash that man right out of her hair. And I can’t wait to find out. 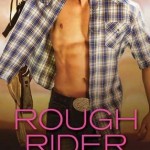 Review: The Crown of the Queen by Jeffe Kennedy
Review: Playing the Part by Robin Covington