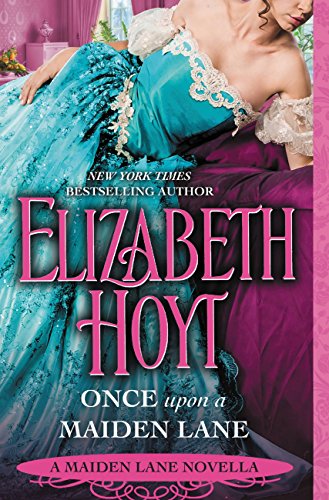 Miss Mary Whitsun is far too intelligent to fall for the rakish charms of a handsome aristocrat. But when the gentleman in question approaches her in a bookshop, mistaking her for his fiancee, Lady Johanna Albright, the flirtatious encounter only raises more questions. Could Mary, a servant raised in a St Giles orphanage, actually be Lady Joanna’s long-lost twin sister? If so, Mary has been betrothed since birth—to the rakishly handsome artistocrat himself . . .
Henry Collins, Viscount Blackwell, is far too intrigued by Mary to let her go so easily. He’s drawn to her sharp mind, indomitable spirit, and the fiery way in which she dismisses him—ladies simply don’t dismiss Lord Blackwell. But as Mary makes her first hesitant steps into society, she can’t help but wonder if she truly has a place in Henry’s world—or in his heart. 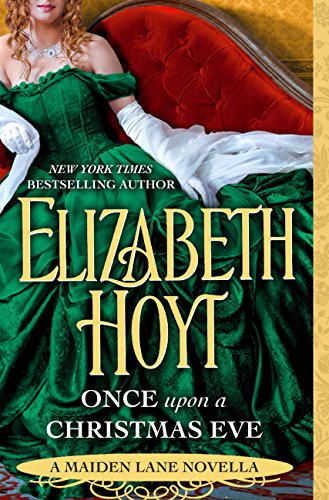 Adam Rutledge, Viscount d’Arque, really rather loathes Christmas. The banal cheerfulness. The asinine party games. And, worst of all, the obligatory trip to the countryside. His grandmother, however, loves the holiday—and Adam loves his grandmother, so he’ll brave the fiercest snowstorm to please her. But when their carriage wheel snaps, they’re forced to seek shelter at the home of the most maddening, infuriating, and utterly beguiling woman he’s ever met.

Sarah St. John really rather loathes rakes. The self-satisfied smirks. The sly predatory gazes. Oh, and the constant witty banter rife with double meaning. But in the spirit of the season, she’ll welcome this admittedly handsome viscount into her home. But as the snowstorm rages, the Yule log crackles, and the tension rises, Sarah and Adam find themselves locked in a fiery, passionate kiss. If love is the true meaning of Christmas, it’s the one gift this mismatched pair can’t wait to unwrap.

Even here in Atlanta, it was beginning to look (and certainly feel) a lot like Christmas this weekend. Not only do lots of houses in the neighborhood have their lights up, but it was downright cold! It put me in the mood to read more holiday stories. So when I finished Once Upon a Maiden Lane and discovered there was a second Maiden Lane holiday novella this year, I picked that up, too, so I could review them together. And here they are!

Both of these stories, like Sophie Barnes’ lovely Honorable Scoundrels series, take place over the Christmas holidays, so the story is short and so is the amount of time available for it to happen. Not that in both cases it wouldn’t have been great if they’d been just a bit longer, because there is plenty to explore.

The stories take two tried-and-true tropes and use them in interesting ways.

Once Upon a Maiden Lane is kind of a Cinderella story, except that Mary Whitsun does not feel remotely put upon in her position as nursemaid to the Caire children. But it is still a rags to riches story, where Mary is suddenly believed to be a lost daughter of the aristocracy, and must adapt to a vast change in circumstances.

Once Upon a Christmas Eve works with a completely different trope, that of the weather-stranded traveler and a romance that must be completed before the weather clears and the traveler is on his (in this case) way. It also has the added fillip of a “rake reformed” hero.

Mary Whitsun, the heroine of Once Upon a Maiden Lane, has been a secondary character throughout the entire Maiden Lane series. As a consequence, long-time readers will be happy to see her as the heroine of her own story at last. Because she has been part of the “cast” of the series from the beginning, many of the series’ previous HEA couples make at least a brief appearance in this story. However, the story works well on its own for those who are not steeped in the backstory.

In the isolation of a country-house holiday celebration, there are fewer long-term denizens of the Maiden Lane series in Once Upon a Christmas Eve, so this one definitely stands on its own for new readers looking for a taste of Maiden Lane.

One of the things that both stories have in common is that both of the heroines are very aware, and remind the reader, that women’s choices were completely subscribed and utterly restricted. Mary, when confronted by Viscount Blackwell in the bookstore, feels trapped, and with good reason. If an aristocrat takes an interest in her, she has no recourse. If he chooses to pursue her, no one will aid her in turning him away. If he rapes her, only she will suffer any consequences whatsoever, from loss of her position to potential pregnancy. Everyone will believe that she seduced him, no matter how she protests. She has no social capital and he has it all.

Sarah St. John, the heroine of Once Upon a Christmas Eve, has suffered from just such a situation. Even though she is herself a member of the aristocracy, once upon a time she was merely a young woman in her first season exploring her first stirrings of romance. When a man took advantage of her innocence, he claimed that she seduced him, and she was the one blamed and ostracized, even though he was known to be an experienced rake. It’s always the woman’s fault, even when it isn’t.

Both of these rocky beginnings get turned on their heads in delightful ways. Viscount Blackwell is not pursuing Mary with nefarious motives – he truly believes that she’s the lost twin of his fiance, and should be returned to the family that has never given up on her.

The Viscount D’Arque, while he really is the rake that he appears to be, isn’t JUST the rake that he appears to be. He’s reached the point where he is looking for something more, and Sarah St. John turns out to be just what he has been missing. In their hesitant and initially unintentional courtship, Sarah is able to reclaim her lost self, and finally listen to what she herself wants instead of what society tells her.

I particularly wish that Once Upon a Maiden Lane had been a longer book. The romance worked in the time available, but Mary’s life goes through an incredible amount of upheaval in a very short period of time. A longer story would have given readers the chance to experience that change with her, which would have made a fun story even better.

Once Upon a Christmas Eve was just right. While Viscount D’Arque played the standard “rake redeemed” hero, he was certainly a fine example of the breed and the reader is able to see a lot of his confusion and change and why Sarah both sparks him and falls for him. He was never as irredeemable as he appeared. That Sarah was able to step away from her past and claim the future she wanted all along made this a lovely story. This is one where I would have liked more, but that need doesn’t feel quite as necessary as it does for Once Upon a Maiden Lane.

These novellas seem to be the conclusion of the long-running Maiden Lane series. And they are a lovely way to celebrate the season, tie up the loose ends and make sure that everyone has found their HEA.

One thought on “Review: Once Upon a Maiden Lane & Once Upon a Christmas Eve by Elizabeth Hoyt”