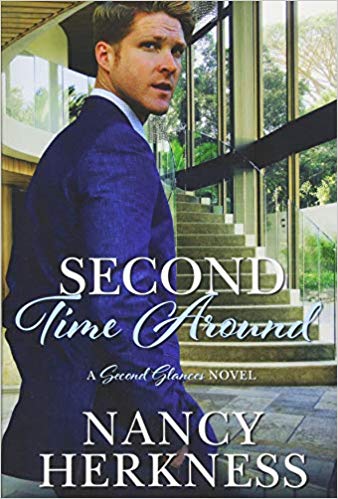 A former love makes a lasting impression in a warm and sexy romance from Nancy Herkness.

Kyra Dixon, a blue-collar girl from the boondocks, is dedicated to her job at a community center that matches underprivileged kids with rescue dogs. When she runs into Will Chase—Connecticut blue blood, billionaire CEO, and her old college crush—she’s surprised that he asks a favor from her: to be his date for his uptight family’s dreaded annual garden party. If his parents don’t approve, all the better.

Kyra’s not about to say no. It’ll give her a chance to be oh-so-close to her unrequited love. What begins as a little fling turns so mad hot, so fast, that Kyra finds herself falling all over again for a fantasy that won’t come true. How can it? She doesn’t belong in Will’s world. She doesn’t want to. But Will does want to belong in hers.

All he has to do now is prove it. Will is prepared to give up whatever is necessary to get what his heart most desires.

Kyra is a Responsible Woman. Growing up, she couldn’t wait to get away from home to go to college, no matter what her family wanted. But after her father died, and her mother ran up credit card bills in Kyra’s name (and then died), Kyra never finished; she’s working two gigs, scratching away at that pyramid of debt. She doesn’t have time for any shenanigans from any man. Nope.  But she stops in for a wrap at one of her favorite chain restaurants, and…there he sits. Will.

It’s the guy who she drooled over in college, but never dated, of course.  And, of course, he owns the restaurant; he just happened to be on an inspection run of his locations. There’s some catching-up, good-to-see-you chitchat, and then he comes around to her night job at a ritzy bar, to ask her out, to a big family gathering his mother puts on every year. Oh, and yeah, the upper-crust parents won’t approve of this working-class girl, but he’s got a point to make.

Escape Rating: A: If, reading what I just wrote, you got the impression that Will is just using Kyra to make the point to his parents that they can’t just foist women on him – including his ex! – then you’ve read it right. That’s the impression I got, too, and I was a tiny bit sour on the character from the get-go as a result. But it emerges over time that Will’s had a problem with his parents for basically his whole life. His mother, in particular, is a stellar manipulator, and he’s finally busting out of the family mold. He was supposed to be a lawyer in the family firm, but he went out on his own, found funding, and started a chain of restaurants, with great success. This upsets Daddy and infuriates Mummy, but he just has to do things his way, and live his own life.

When Will and Kyra get to the Spring Fling (in his helicopter, natch!), Will has a bit of an epiphany. While he was dating the debutantes in college, and getting hurt over and over, Kyra was always right there. And he liked that (duh!), so maybe this more than just…well, whatever. You see where this is going, I’m sure. He falls for her (again), can’t live without her, and so it goes, a pretty-predictable rich-man/poor-woman story.

What makes this book stand out as more than just ordinary, for this reader, was the lovely complexity of the subplots that swirl around these two. Will’s ex-girlfriend is still around, and still pining for him, even though she doesn’t understand him at all, being one of those floofy debutantes that he has grown beyond. There’s the whole family drama with Will’s mother and father (and sister, who is an attorney in the family firm, and tense about it). There’s Kyra’s day job at an after-school care, where they also match families with rescue dogs, and her relationship with some of the kids and dogs there. There is a fair bit going on here, for what I thought was going to be a shallow, easy summer read. Easy, yes. Shallow, not so much. The convergence of all these threads gives us the key to better understanding for our protagonists.

Our leads, of course, have history that they’re both unwilling at first to talk about, mostly because of embarrassment, and their internal dialogues around those things give us a solid feel for what’s going on in their heads. There isn’t a whole lot of reason these two shouldn’t be together, and we know it well before they do, but they figure it out fairly shortly, and we’re given a sweet ending that sees the whole cast in a better, happier situation going forward. Exeunt omnes, complete with helicopters and yachts and fancy sandwiches and designer dog chow and smiles from kids.

What started out on a mildly sour note for me, turned into a sweet, well-crafted story I could sink my teeth into and enjoy. I hope you enjoy it, too. 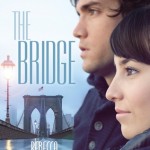