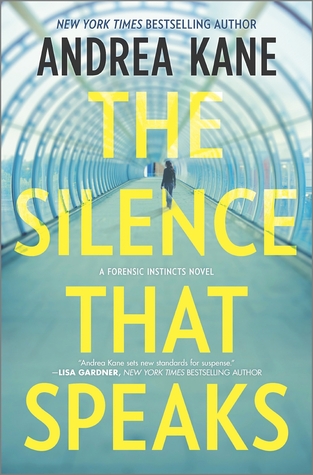 WHO WANTS MADELINE WESTFIELD DEAD? AND WHY?
Forensic Instincts' first order of business is to find out who's targeting their client. Under the leadership of Casey Woods, the investigative team has the resources to do just that, working inside the law—and outside it. FI's strength is its members, among them Casey's associate Marc Devereaux, former navy SEAL and a man who's equal to any situation.
Except maybe this one…
Madeline's case hits too close to home for Marc. She's the only woman he ever loved, and she's his only weakness. Now a nurse at Manhattan Memorial, she's terrified because someone is trying to kill her. So she turns, reluctantly, to Marc and FI for help and protection.
Meanwhile, Manhattan Memorial is in turmoil. With a merger in the works, the staff is still haunted by their hospital administrator's sudden death—during heart surgery performed by Madeline's ex-husband, Conrad. A surgery at which Madeline was present. The killer seems to blame both Madeline and Conrad…
With a growing list of suspects—including the grieving widow and a string of scorned lovers—Forensic Instincts will have to figure out who has the greatest incentive to get rid of Madeline. And FI has to work fast to save her…before she's permanently silenced.

While every book in this series is a taut, gripping thriller, it’s the team dynamic at Forensic Institute that makes these books so much fun to read – even while you are choking the pages in terror for one or more of the protagonists. 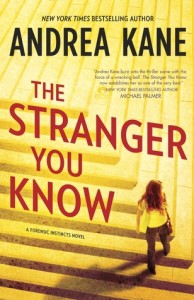 The team was introduced in The Girl Who Disappeared Twice. In that first story, behavioral profiler Casey Woods puts together the core of the FI team – ex-SEAL Marc, tech genius Ryan, psychic sensitive Claire, and scent-evidence dog Hero – who find both the girl and the woman she became. In later stories, The Line Between Here and Gone (reviewed here) and The Stranger You Know (reviewed here), FI adds retired FBI Agent Patrick to the mix.

In The Silence That Speaks, a part of the story is the addition of a new member to the troupe. Now that the office has grown to six principals and their fame has increased, there is way more business and business detritus, than one highly sophisticated artificial intelligence. Even the real Yoda, with the Force, would have had problems managing this office, let alone one without opposable thumbs.

So the gang recruits Emma to be their new receptionist, file clerk, occasional undercover operative and resident pick-pocket. She acts like everyone’s know-it-all little sister and she fits right in. The team is going to need her.

Because the normally Spock-like Marc is completely off his game with this case. Their new client is Madeline Westfield, who once upon a time and in a galaxy fairly far away, back when Marc was still a SEAL and not an ex-SEAL, Maddy was the love of his life. And he let her go. Ten years and one divorce later, she is still the only woman he’s ever loved. And this time he’s never letting her go.

Providing he can get through the thick wall he’s built around his heart – and providing that FI can save Maddy’s much-threatened life.

Someone is out to kill Madeline Westfield, and she has no idea why. It’s only when the killer starts targeting Maddy’s ex-husband as well that the team turns its focus from whether her ex can’t let her go to who the star surgeon and the E.R. nurse might have pissed off so much that murdering them both is the only answer.

As the team investigates both Conrad and Madeline Westfield, and peers into the lives of every person at Manhattan Memorial Hospital who is even remotely near Conrad’s and Maddy’s orbit. While the team looks into the hospital’s potential merger and the family of a surgical patient Conrad lost on the table, the motive and the killer turns out to be hiding in plain sight.

Escape Rating A: The Silence That Speaks was exactly the book I was looking for over the weekend. As much as I usually find romances marvelously distracting, this was a weekend where I wanted a book I could really sink my teeth into, and this series always fills the bill. And there’s a bit of romance just for fun.

This series works for me because I like the team so much. All of the team members have very distinctive personalities (including the dog Hero!) and they mesh well. They are also very good at challenging each other when they need it, and that gives their interactions much more depth.

A lot of that challenge at the beginning is between Marc and Casey. Casey needs Marc to be his stoic and unemotional self. His very Spock-like detachment, as well as his abilities to knock out their adversaries, are a big part of what he brings to the team. Marc’s detachment is gone when it comes to Maddy, but it takes him a while to admit it. Once he does, he and Casey have some very tense moments around whether he can be emotionally involved and still do his job and protect the client. And be smart about it.

Emma is a tremendous asset to the team. Not just because she is still unknown and able to go undercover into the hospital as a candy-striper, but because she has the skills to pull off the kind of con they need while she’s there. And swipe a security badge. She’d be a terrible foe if she were on the side of evil, but on the side of the usually righteous, she’s a hoot.

The case itself is deliciously convoluted. The potential scenario is constantly changing, as the team goes from the extremely obvious (it’s usually the spouse or ex-spouse) to follow the money to the one they missed until almost the very end, cherchez la femme. What adds to the number of red herrings in the barrel is that there are so many femmes to cherchez. The original victim liked chasing women, and then paying them off at the end of his affairs. When the team finally focuses on the dead surgical patient and not the surgery itself, things start racing towards the finish.

And as they race, the readers are desperately following along, hoping that the team will figure out the final pieces before the killer claims a final victim. I couldn’t put this book down all day. I just had to see it through to the end. 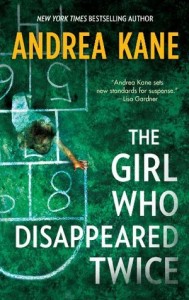 If you enjoy fast-paced thrillers with real people dealing with interesting relationships while chasing complicated baddies, the Forensic Institute team is an absolutely fantastic way to lose a weekend. Start with The Girl Who Disappeared Twice and enjoy!