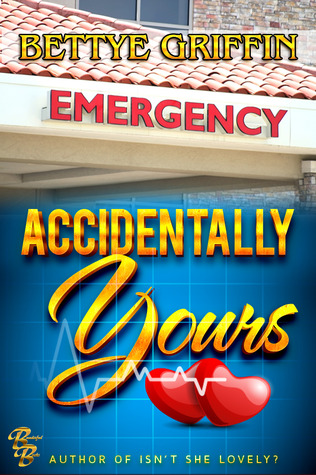 A romantic comedy available for the first time as an eBook (originally published under the title Prelude to a Kiss)...

Vivian St. James, facing both a new millennium and her thirty-fifth birthday, vows that this will be her last New Year's Eve spent at home in front of the TV. Determined to meet her Mr. Right, she throws herself into an avid social life, attending events all over the greater New York metropolitan area in search of her dream man. While successful in her quest to meet potential mates, soon an unfortunate pattern develops as accidents or sudden illnesses befall her candidates, one by one. To her chagrin, the treating physician on duty is always the handsome Dr. Zachary Warner...

ER physician Zack Warner finds himself captivated by the dark-skinned beauty who presents to the ER accompanying an injured date. But the presence of her escort makes it impossible to act on his attraction, and when she leaves the facility he figures he'll never see her again. But their paths do cross again, as he is called on to treat Vivian's companions. As the injuries pile up, he good-naturedly ribs her about her unfortunate effect on the men she dates, all the while longing to have her attentions for himself. His making light of her increasingly worrisome situation does anything but endear him to a mortified Vivian, who wonders if she's some kind of jinx. But then Zack finds himself on the casualty list...and their uneasy relationship takes a new, easy, turn that surprises them both...

HR executive Vivian St. James is sneaking up on 35, and still single. Dates just don’t work out, going at it the way she has been. So she gets involved in events all over New York, trying to find Mr. Right. Somehow, the guys she ends up meeting keep getting hurt, and she takes them to the ER, where she keeps bumping into physician Zach Warner. Jinx? Or is the universe trying to tell her something?

Escape Rating: A: This story was originally published by Harlequin in 2001, as Prelude to a Kiss.  A couple of things stood out as differences: a) the cover of the later publication did not make it obvious that this story featured African-American characters, and b) the new title is much more interesting and true to the story. Some reviewers, apparently ones who read Accidentally Yours, kvetched about the fact they didn’t realize until they were well into the story that all the main characters were persons-of-color. One critic frothed that they were “1/4 of the way through” before they figured it out.  To them, I say, “pishantosh.” It’s made clear quite early on, and the mental shift that I had to go through as a white woman — we make characters in our own image, after all — was refreshing to me.

Bettye Griffin has given us a fun little rom-com tale here. There’s a fair bit going on; we meet Vivian’s best friend, her neighbors, her parents, and a series of guys that she dates (and takes to the ER) along the way. She’s not really a jinx, of course, those guys were just unlucky, and stuff happens. There’s almost a comedy-of-errors flavor going on in this book. It’s glaringly obvious from the outset that Zach is the Mr. Right that Vivian is looking for, naturally. Zach and his buddy (who is the fiancee of one of Vivian’s close friends) turn out to be Vivian’s landlords, but no one’s telling anyone that they know this, they’re both just circling around and thinking surely the other has better things going on. But when Zach falls and sprains his ankle, and Vivian runs him to the ER, things take a turn. His brownstone is full of steps, as brownstones tend to be, so he ends up staying on her sofa for the week.

Things could have gotten hot at that point in the story, but Griffin throws us a knuckleball, and they don’t. Zach and Vivian have both discovered that they kinda like the domesticity of “being together,” but still don’t quite manage to bring things together. A few weeks later, they’re both on safari vacations — and bump into each other there, quite unexpectedly. Sparks fly, and when they get back to New York, they go on a date, then don’t see each other for a couple of weeks before flying out together to go to Desireé and Austin’s wedding. Ever the gentleman, he gets them a lovely suite for their stay in Denver. The comedy-of-errors continues, but I shan’t spill all the details. There’s some pretty intense tension in this book, and when it finally gets resolved, it does so beautifully, with two people who have fallen pretty hard for each other, just taking a while to realize it. The book trips along blissfully to the utterly-predictable ending.

Serious read? Absolutely not. Fun romp of a romance? Totally.