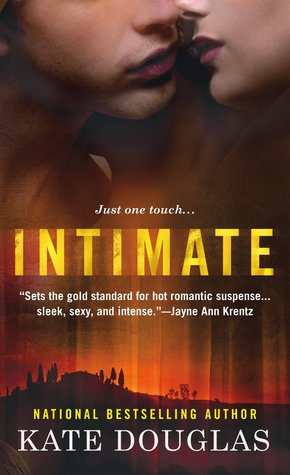 From bestselling author Kate Douglas comes the first book in a sensational new series set in California wine country—a place where love is always intoxicating...
HER BEAUTY IS POWERFUL.
They call her Kaz. She's a gorgeous model with a good head for business—until now, at least. Kaz has just been fired from her latest photo shoot for having the wrong tattoo in the wrong place at the wrong time. But a chance encounter with photographer Jake Lowell could make everything right again . . . if Kaz is willing to accept his proposition. What does she have to lose?
HIS DESIRE IS DANGEROUS.
Jake has been searching for the perfect model to pose for a body-jewelry shoot—one that will leave no room for modesty. Is Kaz, who is nothing if not professional, ready to bare it all for a man she is not sure she can trust? It's an offer that's too good to refuse . . . and as Kaz finds herself growing more comfortable with Jake, the attraction between them reaches arousing new heights. But while the artist and his subject learn more about each other in the intimacy of wine country, evil lurks in the shadows—and soon it becomes clear that someone else has designs on them...

Intimate is the name of a brand that specializes in jewelry that does intimate things or features intimate places. Or both. It is also about intimate secrets that can save or doom a person – or a relationship. And the story is about the intimate relationship that develops between model Kaz and photographer Jake – a relationship whose intimacy neither intended, and one that will force them to deal with intimate secrets in both of their pasts.

This is a story of secrets and lies, and also the baggage that keeping those secrets drags behind us like a noose. Kaz reveals some of her baggage, and that revelation drives Jake to keep his very firmly under wraps – even when it reaches out of the past to put Kaz in deadly danger.

The story begins when Kaz is fired from her modeling agency. Although the ostensible reason is the monarch butterfly tattoo on her midriff, the actual reason is that she complained about the client’s son invading her dressing room while she was changing. And that the owner of the modeling agency is an asshat.

Jake needs a model with tats and piercings in both conventional and unconventional places to model his best friend’s line of high-end jewelry for body piercings. Jake is looking for someone both sexy and edgy, a model who conveys a slight touch of danger and lots of unconventionality. Kaz, with her six-foot-plus height, her bold butterfly tat, and her piercings in her ears, nose, belly button, and other more private places, is exactly the look that Jake is searching for.

That she also appeals to him on a personal and very intimate level is a bonus. Especially when she says that she hasn’t got the time or the energy to invest in a relationship while her career is smoking hot.

Because Jake and Kaz have unfortunate dueling traumas in their respective pasts. Kaz’ beloved little sister Jilly was killed by a drunk driver, and Jake did six years in the California Youth Authority for driving drunk and killing a young mother and her child.

Once Jake learns about Jilly, he is determined to keep his own unsavory past from Kaz. They fall into an intense weekend fling, that neither of them expects to be more – even while they separately hope that it could.

But someone from Jake’s past is sending threatening texts – and trying to frighten or kill Jake with a series of near-fatal accidents. It looks like someone all too sober wants Jake to die the same way that his victims did all those years ago.

When Jake’s stalker turns his attention from Jake to Kaz, Jake is forced to confront the actions he thought he left two decades in the past – before they take the life of the woman he loves.

Escape Rating A-: The romance in Intimate heats up almost instantly, while the suspense does a slow and increasingly frightening build to its bloody climax. Once the suspense ramps up, it is impossible to put this book down. I know, I tried.

One of the fascinating parts of the suspense in this story is that Jake’s secret both is and isn’t what the reader thinks it is at the beginning. It’s a slow reveal that ramps up the tension and drives the reader crazy. Jake and Kaz would have had a much easier time of it if he had come clean a lot earlier – but it is easy to understand why he doesn’t.

At the same time, the story of little Jilly’s death both is and isn’t the one that Kaz initially tells. The bits that she leaves out don’t have the same feel of lies of omission that Jake’s do, but they are still pretty important. And they make the two sets of old baggage match a bit more than the reader first believes.

The chemistry between Jake and Kaz is absolutely smoking hot from the very beginning. These are two people who can’t keep their hands, their minds or their hearts away from each other from the moment they meet. But their mutual hesitancy about taking the relationship further than model/photographer is very real.

The villain of the piece is a bit over the top into absolutely screaming, foaming at the mouth crazy. His motive for all this evil seems logical on the surface, but once we finally get to meet him in the epic conclusion, we see that he has pretty much flung himself off the edge of sanity. To the point where, based on his history, one can’t help but wonder if he was ever ON or even within spitting distance of the edge of sanity in the first place. 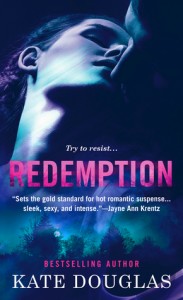 The fast tension of the romance and the slow build of the suspense make Intimate a fantastic story to get absorbed in. And the ending provides a very satisfying conclusion to the dangling threads of all of Kaz’ and Jake’s relationships – especially the one that no one sees coming.

And for the real treat – Intimate is the first book in a series. The teaser at the end for the next book, Redemption, had me well and truly teased. I can’t wait.