In Publisher’s Weekly, there was a report that ebook sales were up 169% in January and February 2011 over previous year sales, and that March was also up 145.7%. In real money, for the first quarter of 2011, e-book sales were up 159.8%, to $233.1 million for the 16 publishers who report figures to the American Association of Publishers (AAP). And mass market paperback sales were only $123.3 million for the first quarter for the same group. Still money I’d like to have in my pocket, but the trend line is pretty clear.

Also yesterday, Amazon announced that sales of Kindle books have outstripped sales of hardcover and paperbooks combined.  For every 100 print books that they sell, they sell 105 Kindle books. And Amazon was very clear in the announcement that they meant sell, not give away.  Free Kindle books were not included in that 105 number, only actual sales. It does seem to include sales of Kindle books where there is no print edition, but that would be perfectly fair, since the print sales would include books where there is no Kindle edition. As Amazon points out, the Kindle was only introduced in November 2007. This revolution has happened in only 3.5 years.  Gutenberg must be absolutely spinning in his grave.

Ironically, the place I first saw the announcement was on aarlist2, a yahoo group that discusses romance novels. And most of the commentary was negative.  This is ironic because the romance genre readership as a whole has embraced electronic publishing, and there are several publishing houses that are e-only. Harlequin‘s entire current catalog is published simultaneously in epub and print, and they have an imprint (Carina Press) that is e-only.

Which brings me to the third announcement of the week. Early in the week, Library Journal and NetGalley announced that LJ would be including reviews of ebook only releases in Xpress Reviews, starting with romance.  Romance ebooks are the hottest genre among ebook readers in public libraries.  At my LPOW, romance ebook circulation was double-plus the next nearest contending genre. Anything I purchased circulated, and the hotter, the better. But without any review source whatsoever, I was purchasing based on tiny blurbs in OverDrive. It was pretty much guesswork. Getting something out there in the review space should be a good thing. (Full disclosure, I am one of the reviewers for LJ) 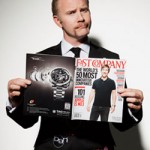 As a side note to the Amazon announcement, they also touted that the new Kindle with Special Offers, in other words, the Kindle with lots of advertisements, is now the best selling Kindle on the market. In order to save $25, people are willing to have ads pushed at them with their books. Indefinitely. There is an article in the latest issue of Fast Company about Morgan Spurlock’s new movie. The article is called, “I’m with the brand,” and it’s all about how product placement works in movies and TV. This new Kindle is just more of the same, except it’s not just a one hour TV show or a two hour movie, it’s every book ever read on it. I’d pay an extra $50 to be let out. But then, that’s why I bought an iPad. I only have to gaze at the little Apple every once in a while.