Debris, by Jo Anderton, is the first book of The Veiled World Trilogy. It is the story of the catastrophic fall, and eventual stumbling rise, of Tanyana Vladha. It is Tanyana’s story, and it is told in her incredibly compelling voice.

Tanyana starts out as a pion-builder in the great city of Movoc-under-Keeper. Pion-builders are a combination of architect, engineer and designer, working with a substance that is part molecule, part light and part magic. It also turns out to be part myth, but that comes later. Most people in Tan’s world can see pions, but few can do what she does, bend them to her will to create masterpieces–not just buildings, but also art and sculpture.

800 feet in the air, erecting a statue unfortunately named “Grandeur”, in the middle of a surprise inspection by the strange government creatures known as the “veche”, Tan’s world falls apart. Literally. Her formerly obedient pions go wild, bringing the statue crashing to the ground, on top of her. Her injuries are extreme. Although pions later heal her physical damage, her great statue also struck her in the head, knocking out her ability to even perceive pions.

Tan falls from the elite of the builders to the lowest of the low. Damaged people become “Collectors”, those who can see the debris that pion factories produce. Collectors are necessary. Pion factories power the lights, the heat, the water supply–everything we use electricity and fossil fuel for in our world. But debris collecting is dangerous as debris is toxic. So Tan, like all collectors, is fitted with a special collecting “suit”, a suit that is bonded to, and extrudes from, her very bones. Her suit provides armor, weapons, and even locator beacons for debris. It also permanently marks her as “other”.

Tan tries to juggle her old life and her new one. She doesn’t want to fall. She saw what happened at Grandeur, and she knows it was deliberate. But every person involved has been exiled or their career has been derailed or they have been hushed up in some way. She has been changed almost beyond recognition. And in her fall, she discovers a different world, one that might be more genuine than the glittering but superficial society she left. But just as Tan begins to adapt, she learns that, just as the pions at Grandeur were deliberately agitating to crush her, now the debris is increasing, searching for her.

Escape rating A: The first time I sat down with this book, I picked myself up about 100 pages later. Tan is a character that just gets hold of you and doesn’t let go. Writing a book in first person perspective is hard, and Anderton made Tan someone I wanted to get to know. I felt for her struggle, even on the occasions when I wanted to slap her to “get real already”.

The Russian names of the characters add to the gritty feel. This is a dark, urban landscape, and it feels like it’s only going to get darker and grimmer from here. There were glimpses of an older mythology that had been lost in the mists of time that were very nicely done. I’m amazed that this is Anderton’s first novel. And I’m truly glad that Suited, the second book in the trilogy, is scheduled for April 2012. 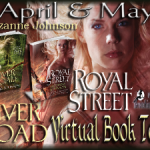 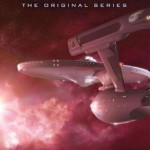 One thought on “Debris”