Investigating possible evildoers while filming a silent movie about a movie about a comic opera. It should have been a farce. But in Laurie R. King’s The Pirate King, it’s Holmes and Russell, so it’s an absolutely marvelous froth instead.

Mary Russell does not particularly want to spend a fortnight (that’s two weeks to us Americans) cooped up in Sussex with her brother-in-law Mycroft. In their last meeting (The God of the Hive) Russell discovered that some of Mycroft’s actions on the part of the government were even shadier than she had thought. And Russell, being Russell, didn’t cavil at letting Mycroft know exactly what she thought. This does not contribute to family harmony, even in the Holmes family.

Inspector Lestrade needs someone to infiltrate a film company that seems to have a run of bad luck. Fflytte Films makes a film about gunrunning, and suddenly there’s a rash of illegal firearms everywhere. Fflytte makes a movie about rum-running, and there’s bathtub gin all over the place (1924–Prohibition, remember?) When the producer’s assistant goes missing, Lestrade wants someone who can type to substitute, so he can get a man on the inside. Russell “volunteers” to get away from the Holmes brothers’ family reunion. 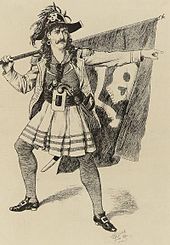 Fflytte Films leaves London for Morocco by way of Lisbon to film a movie about a film company making a movie about the making of a production of Gilbert and Sullivan’s The Pirates of Penzance. Which is in Wales. But Fflytte Films would never do anything so boring as to film in Wales. Or so boring as to use anything like the real story of the opera. Instead of 4 daughters, the Major General of famous song has 13 daughters. And then, there are the pirates. Since there are 13 daughters, there need to be 13 pirates. And because Fflytte Films is famous for its realism, Randolph Fflytte recruits real pirates, along with a real, honest-to-goodness (or badness) Pirate King. 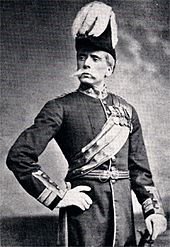 Escape Rating A+: I stayed up until 1 am to finish this book. This was the lighter side of Holmes and Russell, and was a welcome antidote to the darker doings of The Language of Bees and The God of the Hive. The Pirate King is a lark. Some serious events happen, but there is a happily ever after in this one. Even though it turns out that all of the events were manipulated by Mycroft from the beginning, it is worth it just for the image of Holmes playing an actor playing the Major General courting Russell under the eyes of the entire film cast and crew. Priceless! 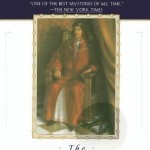 Review: The Daughter of Time by Josephine Tey