Welcome back to Ebook Review Central! In today’s post-Labor Day edition of ERC, we’re taking a look at the titles from Dreamspinner Press for July 2012. There’s a certain symmetry to that, isn’t there? July was the last holiday month, and here we are again, just after another holiday.

But before we move to this week’s featured titles, I can’t resist one more look at Dragon*Con. (I know, I know, you’re wondering when I’m going to stop) But this is relevant. 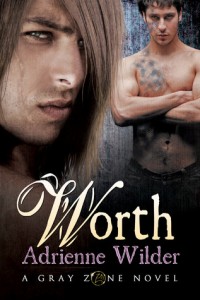 At Dragon*Con I had the pleasure of meeting Adrienne Wilder, one of the authors on this month’s Dreamspinner list, and listening to her read from Worth, one of her Gray Zone novels, published by Dreamspinner. One of the fantastic things about cons is the opportunity to meet authors whose works I’ve read, reviewed or featured.

But we’re here to talk about the July books, so let’s take a look at the featured titles. It turns out that this week’s features are all character-driven stories. 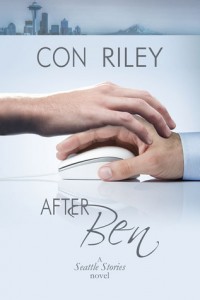 Coming in at number three this week is After Ben by Con Riley. This is a contemporary romance about loving, grieving, and deciding whether or not to open yourself up again, even though there might be pain, later. The title of the book is After Ben because this is the story of Theo Anderson’s life after the sudden death of his longtime partner, Ben. A year later, Theo is still trying to pick up the pieces, but he’s starting to live again, instead of merely existing. On the one hand, he feels a physical attraction for Peter, a fellow gym member. But the one who really challenges him is Morgan, someone he met through a political chat room. Online, no one knows who you are or what you look like, only how intelligent, and occasionally how snarky you are. Morgan becomes a friend first, and it’s only after their relationship develops online that Theo discovers that Morgan is half his age. Just as Theo was to Ben. He’s afraid that he’s been there and done that and isn’t sure he wants to do it again. Is love worth the risk? Is the joy worth the potential pain. Again and so soon? Readers thought that Theo’s struggle and all the characters in this story were genuine and authentic. 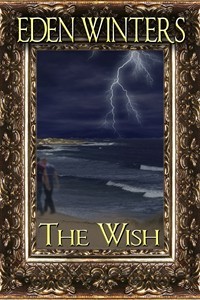 In second place we have another emotional piece, The Wish by Eden Winters. It starts off with another character who is dead before the book begins. Byron however, wants to influence the world he left behind. But he’s a ghost. So Byron helps his partner Alfred get their nephews to see how perfect they are…for each other. The problem is that Paul and Alex have known each other most of their lives, and seem to be the epitome of the cliche that familiarity breeds contempt, because they certainly hold each other in plenty of contempt. It takes a lot of ghostly interference, including a lot that backfires, to make this romance work out right in the end. But ghost Byron deserves his own happy ending, and there’s only one way that can happen. Have some tissues handy. 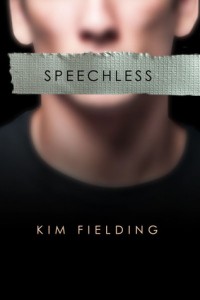 Speechless by Kim Fielding is the winner for this roundup. This is a quietly sweet story about two lonely men who have survived some of the worst that life can throw at them. They are two people who would ordinarily never have met, but accidents and circumstances have created a situation where they have a chance to break through the biggest barrier that separates them, one of them has aphasia and can neither speak nor write. But they need each other enough to find a way to communicate. If you’re motivated, even that’s not a barrier. But what happens when one of them has to leave town? One reviewer described this story as “cute with a side of angst”. Read it for yourself and see.

This week’s stories are all character-driven. Next week it will be Samhain’s turn at the wheel, and maybe we’ll have a different theme. Maybe every story will have a completely different spin.

Tune in next week and see what happens!