We return, not to the thrilling days of yesteryear, but to the August 2012 titles from Samhain Publishing.

And readers did find some of the titles pretty thrilling, at least according to the reviews. Others, not so much.

Let’s not talk about the stuff that no one else was talking about. It’s just getting old. In some cases, it already was old. Enough said. 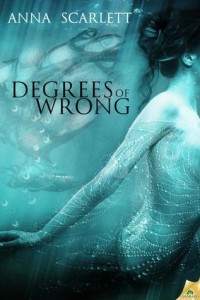 The book that everyone was talking about, which made it easily swim into the number one slot in this week’s featured titles list, is Degrees of Wrong by Anna Scarlett. Degrees of Wrong is, and I am very pleased to say it, science fiction romance, in this particular case of the “futuristic medical plague and doctor needs to find a cure” school. Also while kidnapped by the future U.N. and working on a top-secret hi-tech undersea warship. The romance: the doctor is a feisty and highly intelligent woman who is pursued relentlessly by the warship’s captain. She resists that relentless pursuit for quite a while, because said captain is tied up in a politically arranged engagement. The doctor respects his upcoming vows way more than he does. The first-person perspective really put readers into the doc’s head as she battles to find a cure, figure out the true agenda behind all the research, AND protect her heart.

This week’s number two feature is all about lucky number seven. Because the book for this slot is Seven Sexy Sins by Serenity Woods. Ms. Woods has taken one of the all-time favorite themes, the friends-into-lovers story, and combined it with a trope that is hard to do in a modern context, the “sex teacher” trope, and found a way to make it work really, really fantastically. The heroine, Faith, is a writer who has to come up with an article on spicing up women’s sex lives. Her only problem is that hers, so far, has been a dud. She’s not innocent, she’s just been unlucky. That’s believable. Her circle of friends commiserate, but one of them is her brother! Now there’s a potential downer. However, Rusty, her long-time secret crush, offers to help her out. Faith agrees, as long as they keep it a secret. Faith’s got some very good reasons for this crazy idea. Rusty kissed her once, and her brother punched his lights out. And when her article is over, she needs his friendship: he’s one of her best mates. If they try to be more than friends, and fail, their whole group could fall apart in the explosion. But when their friendship adds way too much depth to their sexual explorations, neither of them is sure if they can pull away. This one is both hot and sweet, something that Serenity Woods does very, very well. 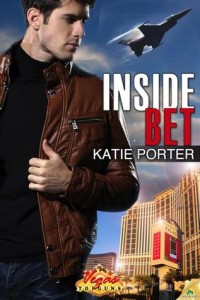 Number three for this week is hot but not sweet. More like hot and hotter, and with an extra helping of jet fuel into the bargain. Katie Porter’s Inside Bet is a story about a woman  who’s concealing a wild past behind her successful career as an accountant. Her decision to have a no-holds-barred one-night-stand with a playboy fighter pilot-jock leads to an unexpected longer term fling. Heather and Jon are two people who both thought they were too jaded to be in this thing for anything more than just sex. Instead, they find out that they are daring each other to do things they never dreamed of, including, just maybe, fall in love.

All of this week’s stories are on the steamy side of the equation. Degrees of Wrong with a side dose of futuristic thrills, Seven Sexy Sins with a helping of friends-into-lovers romance, and Inside Bet just plain sex first and love later. But steam heated every single one.

Just a little something to warm you up if Autumn is bringing a chill to the air!

Ebook Review Central will be back next week with the multi-publisher, multi-legged (in honor of Halloween) wrap-up.