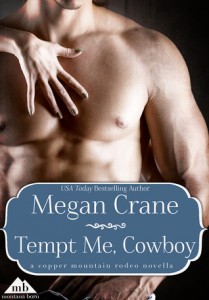 Chelsea Collier wants nothing more than to save the old depot built by her railway baron ancestor and turn it into a museum—until it’s sold out from under her!

Jasper Flint made himself filthy rich in the Texas oil business by the age of 35. Now he wants a quieter life and building a microbrewery in Marietta, Montana is the perfect project.

Neither one of them knows what to do with the passion that explodes between them! But Chelsea knows a man like Jasper will never stay in one place for too long. Can he convince her that this time, he means to stay?

Tempt Me, Cowboy is a short, sweet and sassy story about opposites attracting. It’s also about the virtues of blooming where you’re planted, and alternately about how sweet it is to find the place that your spirit calls home.

The surprising thing about Tempt Me, Cowboy, is how many different things it packs into a surprisingly short novella. Yet it still feels completely satisfying when the last page turns (or flips, as the case might be).

There’s an old-fashioned cowboy and schoolmarm tale in here, but this is the 21st century, so it isn’t quite that. Chelsea Collier is a high school history teacher, but she’s not as ready to embrace prissy spinsterhood as she thinks she is. Jasper Flint has been the wandering cowboy that he looks to be, but he’s in Marietta, Montana because something about the places speaks to his heart. Once he remembers that he actually has a heart.

Chelsea and Jasper are on a collision course. She needs him to shake her out of her rutted path towards becoming her history-and-legacy obsessed mother 30 years ahead of schedule. He needs her to remind him that the best parts of life are worth working for, and that includes real relationships with real people.

Chelsea is not a plastic Barbie who will throw herself at him and agree with everything he says for one night. She’s also not interested in his money. He doesn’t give a damn about her family connections. They start even.

But her roots are sunk deep in Marietta, and she’s sure that he’ll want to leave. Even though he’s building a microbrewery, she’s certain that the small town won’t hold someone who’s seen the world and has the means to escape several times over.

Being Jasper’s lover, even for several months, is all the escape that Chelsea has ever allowed herself. She’s always thought she was too afraid, but these months have given her the chance to realize that it’s because she’s where she belongs.

But she’s sure that it’s not where Jasper belongs. And that it’s going to break her heart when he leaves. She doesn’t think he even knows the meaning of the world “permanent”.

It’s only when Chelsea tells him that she’s always known things were “temporary” that Jasper realizes the place he’s made for himself. And that he’s finally home. 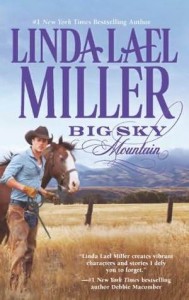 Escape Rating B: For anyone who enjoys Linda Lael Miller’s Parable Montana series, Tempt Me Cowboy hit a number of the same themes, but in a much shorter book with a hotter romance. But I got the same qualities of finding home, small town nosiness/neighborliness, being part of the community, in this story that I did in Parable.
Chelsea is a woman who has tried to do the expected thing in order to keep her dreams, and didn’t quite manage. She’s been dating “safe” men because she’s been looking for someone who wouldn’t make her leave Marietta. Unfortunately, she caught the last one boinking his assistant, in the midst of said boinking. Everyone thinks Chelsea is too prissy to heartily boink, and that she’s broken-hearted over the break-up.

Jasper proves everyone wrong on both counts. The town reaction to Chelsea simply dressing like a normal 30-year-old (which she is) instead of a 50-year-old was pitifully hilarious. But probably typical. Everyone is so sure that Jasper is taking advantage of her, or that she will be left heartbroken at the end. As though she doesn’t have the right to a fling, because everyone knows her business.

And she lives with her mother in a mausoleum. Not quite, but read the book. Bringing mom around takes an act of either God or Congress, possibly both. 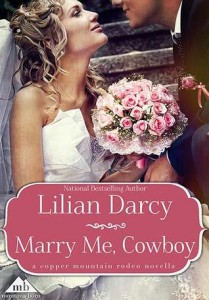 I finished Tempt Me, Cowboy with a smile. I’m looking forward to going back to Marietta. The next book in the series is Marry Me, Cowboy by Lillian Darcy. (I think we have a theme, here people, and it sounds yummy!)

3 thoughts on “Review: Tempt Me Cowboy by Megan Crane”