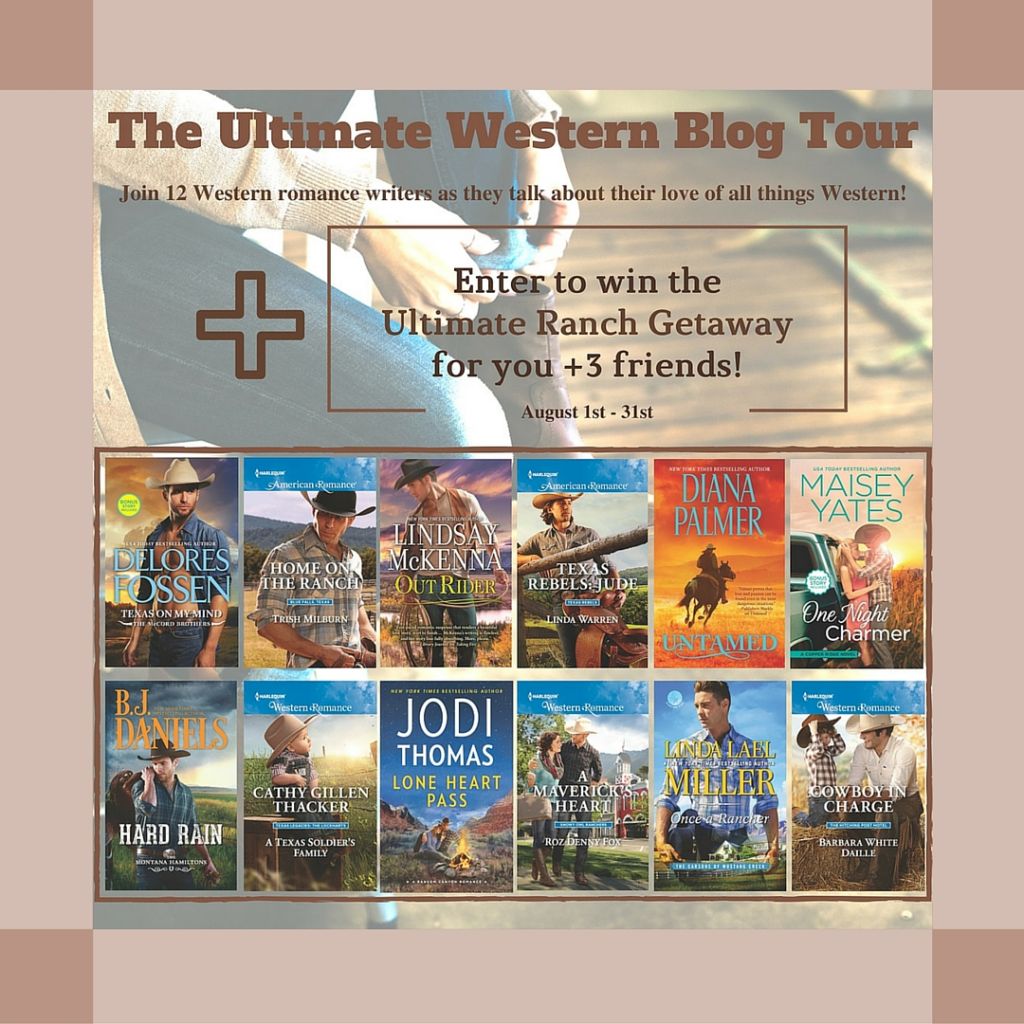 As part of The Ultimate Western Blog Tour, I’m hosting Lindsay McKenna, talking about the latest book in her Jackson Hole series, Out Rider. When I reviewed Out Rider back in May, I fell in love with the cast and crew of this series, particularly all of the wonderful working dogs who are such a big part of all the stories in the series. If you enjoy slow-burn romances with hot heroes, strong heroines, and heroic (and beautiful) canines, you’ll love Out Rider and the Jackson Hole series.

Inspiration for OUT RIDER, a guest post by bestselling author Lindsay McKenna

I always write “close to the bone.” It’s an ancient writer’s way of saying: what I write is true, but I’ve fictionalized it because no one in their right mind would believe if I tried to say it was the truth.

Well, maybe you would believe it. But I find inspiration for OUT RIDER in my own ranching/farming background. I grew up in the Wild West (literally). I’m a real Californian, born in San Diego, California. But my father had a lot of Eastern Cherokee blood in him and like the seasons, we migrated/moved every 9 months. I lived in California, Arizona, New Mexico, Idaho, Montana and Oregon. I counted one time and realized we’d moved 22 times by the time I was 18 years old and left for the U.S. Navy.

We always lived in rural areas, raised our own beef, had a milk cow, rode the neighbor’s horse or had one of our own, milked the cow daily, had goats, had a huge garden, was canning by nine years old and raising chickens, ducks and geese, as well. As soon as my legs grew long enough and my foot could reach the accelerator and brake pedal on the tractor, I was driving the tractor. I started driving our old Ford pickup at the same age. I felt very fortunate to have that kind of childhood. Not many get one like this nowadays.

I acquired my first horse, Pretty Boy, a two-year old sorrel stallion with four white socks and a wide blaze down his face when I was 12 years old. I paid $45.00 for him. He had been rounded up with a large herd of Mustangs in southeastern Oregon, which is part of the Great Basin (desert), and cowboys brought them to Klamath Falls, where we were presently living. My horse was slated to be killed and ground up into dog food, as was the rest of his herd. He got lucky and got me, instead.

He was a wild Mustang and I tamed him with love, care and attention. I broke him to ride and he never bucked once. We had an idyllic year together. It got so that when he’d lay down in the barnyard to snooze in the afternoons, I would come and snuggle up behind his front legs, my head resting on his shoulder. We had that much trust in one another.

OUT RIDER comes directly out of my horse/Western background and upbringing. I loved writing about Dev and her horse. I also liked putting Sloan Rankin as a blacksmith/horse shoer who was a Ranger in the Great Tetons National Park. Sloan is a military vet, was a K-9 handler for the Army in Afghanistan. His Malinois, “Mouse” (Dutch bred), retires when he leaves the Army. Man and dog are inseparable.

Lucky for Sloan, when he pulls over after seeing a horse trailer bearing a palomino in it, blows a tire, he stops to help the owner. Dev McGuire is grateful for Sloan stopping to help her change the tire. And when she finds out that he works out of the Tetons Ranger station, it’s a pleasant shock. She’s just been assigned to the Tetons because she’s a US Forest Ranger herself. And Bella, her yellow labrador, is also a retired K-9 Army bomb sniffing dog. These two people find they have amazing parallels. But they are going to need every bit of their courage and combat savvy to thwart a villain who is after Dev. He wants to settle an old score with her and he’s just gotten out of prison, tracking her down.

I love writing about what I know. I believe that when you write ‘close to the bone,’ you can bring in the five senses because one has lived it, and it’s easy to record and share with the reader. Enjoy! 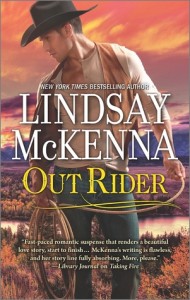 About Out Rider: With her return to Jackson Hole, Wyoming, New York Times bestselling author Lindsay McKenna shows how love can find a way out of the darkness…
A fresh start—that’s all Devorah McGuire wants. As a former Marine and current Ranger with the US Forest Service, she’s grown accustomed to keeping others safe. But when the unthinkable happens, she can only hope that a transfer to Jackson Hole, Wyoming, will allow her to put the past behind her for good.
Dev’s mentor at Grand Tetons National Park is fellow canine handler and horseman Sloan Rankin. He shows Dev the spectacular trails, never knowing the terror that stalks her every move. Despite her lingering fear, Dev feels an attraction for Sloan as wild as their surroundings.
With Sloan, Dev can envision a new life—a real home. Unless a vengeful man fresh out of prison succeeds in finishing what he started…

About the author: A U.S. Navy veteran, Lindsay McKenna was a meteorologist while serving her country. A pioneer of the military romance genre in 1993 with Captive of Fate. Her heart and focus is on honoring our military men and women. Creator of the Wyoming series and Shadow Warriors series for HQN Books, she writes emotionally and romantically intense suspense stories. Visit her online at her website, LindsayMcKenna.com.

Harlequin is giving away an all-expense paid 3-night luxurious stay for you and 3 guests at The Resort at Paws Up in Greenough, Montana! To enter click here or on the image below: 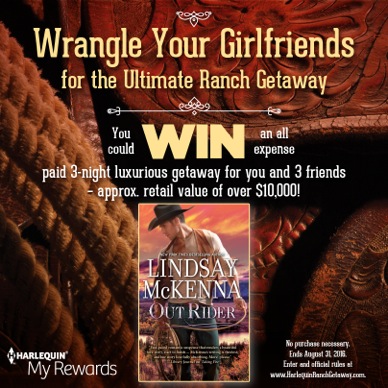