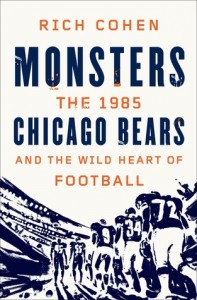 For Rich Cohen and millions of other fans, the 1985 Chicago Bears were more than a football team: they were the greatest football team ever—a gang of colorful nuts, dancing and pounding their way to victory. They won a Super Bowl and saved a city.

It was not just that the Monsters of the Midway won, but how they did it. On offense, there was high-stepping running back Walter Payton and Punky QB Jim McMahon, who had a knack for pissing off Coach Mike Ditka as he made his way to the end zone. On defense, there was the 46: a revolutionary, quarterback-concussing scheme cooked up by Buddy Ryan and ruthlessly implemented by Hall of Famers such as Dan “Danimal” Hampton and “Samurai” Mike Singletary. On the sidelines, in the locker rooms, and in bars, there was the never-ending soap opera: the coach and the quarterback bickering on TV, Ditka and Ryan nearly coming to blows in the Orange Bowl, the players recording the “Super Bowl Shuffle” video the morning after the season’s only loss.

Cohen tracked down the coaches and players from this iconic team and asked them everything he has always wanted to know: What’s it like to win? What’s it like to lose? Do you really hate the guys on the other side? Were you ever scared? What do you think as you lie broken on the field? How do you go on after you have lived your dream but life has not ended?

The result is Monsters: The 1985 Chicago Bears and the Wild Heart of Football, a portrait not merely of a team but of a city and a game: its history, its future, its fallen men, its immortal heroes. But mostly it’s about being a fan—about loving too much. This is a book about America at its most nonsensical, delirious, and joyful.

That I loved this book probably says as much about me as it does about the book.

These monsters aren’t the kind of monsters I usually read about, and this isn’t the type of book I usually review, but like the author, I, too was young in 1985 in Chicago when the Bears played that iconic, marvelous season. In 1985 I was in my mid-20s, about the same age as most of the players on the team, and early in my own career. When I look back at the Bears’ championship season, I see their youthful exuberance, but after reading Rich Cohen’s book, I know that one of the reasons that the season shines so brightly in my memories is because it reflects a bit of my own bright, shiny dreams.

Chicago loved them because they were us. You could walk into any public place in Chicago in the fall and winter of 1985 and say “How about them Bears?” and start a conversation with a complete stranger, no matter how far apart you were in age, race, class or possibly even language–unless the Bears were actually playing at that moment. If there was a game on, the entire city was watching. Those three hours every Sunday were a great time to go shopping–if you could stand to miss the game. And most of us couldn’t.

About the book…Cohen does deliver a more than readable account of the history of the Chicago Bears from the NFL’s grubby inception in a Hupmobile showroom in Canton Ohio all the way to the 1985 glory season, going from “Papa Bear” Halas to Mike Ditka to Doug Plank to Jim McMahon.

For a fan, it starts out as a story of larger than life personalities, and moves through a familiar history lesson. Then it lays out the marvelous building blocks of just how the Bears became the team that we all knew and loved.

But while it tells that story well, a lot of other books have gone over that field. After the 1985 season, it seemed like nearly every member of the team wrote a book. Sometimes two.

The special gift, and curse, of Monsters is that this book keeps going. Unlike a fairy tale, Cohen tells us what happened after “they lived happily ever after”. Because they didn’t. The 1985 Chicago Bears didn’t just win, they dominated. But after you’ve achieved it all, what do you do next?

Now we know that playing the game takes even more of a toll than anyone suspected at the time. We might as well hang a sign outside the stadium, like the Roman gladiator contests, “those who are about to die salute us”. The cost, CTE (chronic traumatic encephalopathy), appears to be the same, just slower.

We, all of us in Chicago that year, loved watching them play. Seeing the game from a TV screen, listening to, and watching, the Super Bowl Shuffle, it looked like they were having enough fun to last a lifetime, both theirs and ours. Maybe even in spite of the cost. In an interview, the author asked Jim McMahon if it had all been worth it.

“Knowing what we know, about the injuries and the brain and CTE?”
He [McMahon] smiled and said, “I’d do it all again in a heartbeat.”

And we’d all watch. The question the author asks is whether or not we should.

Reality Rating A: Monsters isn’t just a football history, although it certainly is that. For those of us who lived through the Bears’ Super Bowl season, it’s a trip down memory lane, but that’s not all it is either. I’ve tried more than once to explain to someone what made the Bears not just awesome that year, but special, and I’ve never been able to capture the essence. That’s part of what Monsters does.

In between the history and strategy lesson, it builds up the Bears team and shows why they were not just great, but why they were so damn much fun to watch. And then tells the story of why it all went smash. They did not live happily ever after.

Every dog, and Bear, had their day, but they did not go gentle into that good night. Unfortunately, they are going just the same, and we do know why. Has anyone else noticed that players from the very early eras of the game live longer and seemingly healthier than the more recent players? Has the game with its heavier, high-tech equipment become even more damaging, or is it just my imagination?

Football, as a sport to watch, has stopped being fun for me in the years since the Bears lost this group of misfits. Rich Cohen reminded me why they were great. 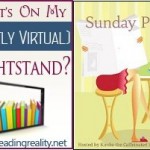