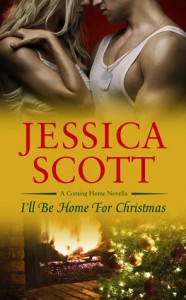 There’s nothing in the world Army Sergeant Vic Carponti loves more than his wife and his country. Smart-mouthed and easy tempered, he takes everything as a joke…except his promise to come home to his wife, Nicole, for Christmas. As he prepares to leave for his latest deployment into Iraq, Vic will do everything he can to shield his beautiful, supportive wife from the realities of war…and from his own darkest fears.

As a career army wife, Nicole Carponti knows just what to expect from her husband’s tour of duty: loneliness, relentless worry, and a seemingly endless countdown until the moment Vic walks through the door again. But when the unthinkable happens, Nicole and Vic’s bond is tested like never before and changes everything they believe to be true about the power of love and the simple beauty of being home for the holidays.

In this story the author finally takes one of the most interesting (and funny!) characters in her marvelous Coming Home series and lets us get inside of his more than slightly off-kilter head for his version of the events that take place during the story so far.

And it’s fantastic seeing Sergeant Vic Carponti’s extremely askew version of the world from inside his head.

While Vic sees his purpose in life as making people laugh in order to distract them from the often truly bad shit that is going on around them, such as serving in Iraq during “The Surge” of 2007, he is also part of the one stable and happy marriage that readers see during the course of the series. 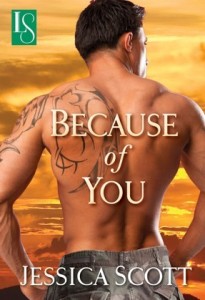 But it’s Vic dealing with his career-ending injuries in Because of You, the first book in the series, that helps to make Shane Garrison finally get his head out of his own ass about his. Vic is often the catalyst for the action of others. He makes things happen, sometimes by making them laugh, sometimes by irritating the crap out of them.

Vic’s wife Nicole loves him to pieces. I’ll Be Home for Christmas is their love story, even though they’ve already met, fallen in love, and gotten married. Their marriage, unlike another marriage in the series, is not on the rocks. The Carpontis are quite happily married, and enthusiastic about it into the bargain.

They try to be strong for each other, because they are each doing the thing they are made to do. It’s not as if Nikki’s job is easy either. She’s an officer in the Army Criminal Investigative Division. But being a cop is not as dangerous as going to war.

Vic fears every time he deploys, that Nikki will come to her senses and realize that she can do better than him. Nikki just fears that he’ll come back in a coffin.

Neither of them has quite prepared for him to mostly come back. 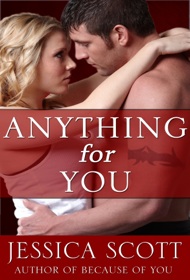 Escape Rating A: If you love military romance, I can’t recommend Jessica Scott’s Coming Home series highly enough. Every single book in this series is simply awesome, which is why I picked I’ll Be Home for Christmas to review for Veterans Day. I knew it would be perfect, and it is.

The story takes place in parallel with events in Because of You (review) and Anything for You (review), and it probably works better if you’ve read those first. But read the whole series, they are absolutely made of win.

Part of what makes I’ll Be Home for Christmas special is that we don’t read a lot of love stories where the couple in the story starts out happily married. There’s no breakup drama or misunderstandammit. Vic and Nikki have stress because of his deployment, and they are both concerned because in 2007 the information about The Surge was that there was going to be a lot of pushback. He was absolutely going into harm’s way.

There is tons of stress on military families, and it takes a huge toll. That’s where the drama in this story is. As readers, we know they are going to be okay together, because it’s already happened, but this is the first time we get to see things from Vic’s and Nikki’s points of view.

And since they are fantastic people (and in Vic’s case, sometimes hilariously funny), it’s terrific to have them finally tell their own story.

Be prepared; you’ll need kleenex for this one. And maybe not to be too far from a bathroom. You’ll also laugh very hard! 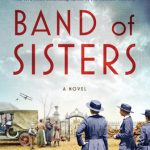 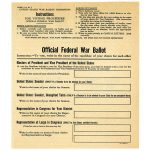