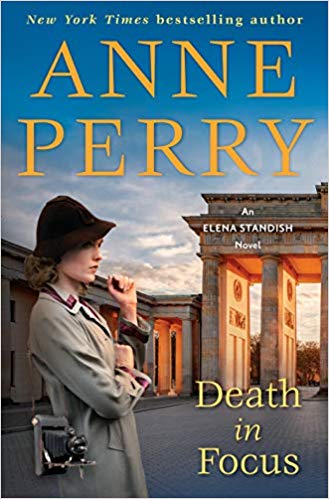 In the start of an all-new mystery series set in pre-World War II Europe, an intrepid young photographer carries her dead lover's final, world-shattering message into the heart of Berlin as Hitler ascends to power.

On vacation from London on the beautiful Italian coast, twenty-eight-year-old Elena Standish and her older sister, Margot, have finally been able to move on from the lasting trauma of the Great War, in which the newly married Margot lost her husband and the sisters their beloved brother. Touring with her camera in hand, Elena has found new inspiration in the striking Italian landscape, and she's met an equally striking man named Ian. When Ian has to leave unexpectedly, Elena--usually the more practical of the sisters--finds she's not ready to part from him, and the two share a spontaneous train trip home to England. But a shocking sequence of events disrupts their itinerary, forcing Elena to personally deliver a message to Berlin on Ian's behalf, one that could change the fate of Europe.

Back home, Elena's diplomat father and her secretive grandfather--once head of MI6, unbeknownst to his family--are involved in their own international machinations. Worried when Elena still hasn't returned from Italy, her grandfather starts to connect the dots between her change in plans and an incident in Berlin, where Adolf Hitler and the Third Reich are on the rise. It seems the message Elena delivered has forced her into a dangerous predicament, and her grandfather's old contacts from MI6 may be the only people who can get her out alive--if Elena can tell the difference between her allies and her enemies.

New York Times bestselling author Anne Perry merges family secrets with suspense on the world stage, as darkness bubbles under the surface of a Europe on the brink of change. In these complicated times, Elena emerges as a strong new heroine who learns quickly that when nothing is certain, she can rely only on herself.

Today is Veterans Day in the U.S. and Remembrance Day in the U.K. and other Commonwealth countries. On this day in 1919, “at the 11th hour of the 11th day of the 11th month”, the guns of World War I finally went silent.

I don’t usually post a review on this day, but this marvelous book dropped into my lap, and it seemed so perversely relevant to the day that I couldn’t help myself.

Death in Focus does not take place during the Great War, but the war and its aftermath directly influences everything that happens within it. Both because all of the characters are still scarred by the war well over a decade later, but also because the seeds of World War II were sown in the treaty that ended World War I.

But that’s something that is taken as a given now. One of the things that underpins this story is that those seeds were sown on both sides of that first conflict. The punishing reparations inflicted upon Germany as the losing side set up the desperate economic conditions that fueled Hitler’s rise to power.

The brutal death toll on the winning side, particularly in Great Britain, led to the tragic appeasement tactics of the interwar years. Britain had lost an entire generation of young men, and few of the survivors were willing to entertain the possibility that all of those sacrifices might be in vain. Many, including those in government, were willing to tolerate anything, no matter how heinous, in order to preserve the fragile peace.

Not that there weren’t plenty of people in Britain, including Duke of Windsor (the former King Edward VIII) who sympathized with entirely too many of Hitler’s goals, including the concept of the Aryans as the so-called “master race” along with the willingness to eliminate any people who were not part of that “race”. A belief that led to the concentration camps and the gas chambers.

While Death in Focus doesn’t deal directly with the factions in Britain who believed that the concentration camp opened at Dachau in 1933 (when this story takes place) were just a good start, it does give insight into those, both in government and out, who simply could not face the idea of another war because they lost so much in the last war and couldn’t even bear the idea of doing it again.

So, the story of Death in Focus operates on two fronts. One is the story that follows Elena Standish as she finds herself in the midst of Nazi Germany on the run from both the Gestapo and the British Foreign Service, betrayed by her own country and framed for a crime that she did not commit.

Meanwhile, back on the home front, her father and grandfather are at loggerheads, and not just about Elena’s current plight.

Her father is a senior official in the diplomatic service who is certain that his father, a paper pusher during the first war, can’t possibly know what the current situation in Germany – or anywhere else – is really like. That the old man can’t possibly understand why so many, including himself, will do anything to prevent another war. And that both Hitler and Mussolini are actually doing good things for their countries that shouldn’t be interfered with from the outside.

But granddad is actually the retired head of MI6. He knows perfectly well what happened during the first war, and still has his finger on the pulse of current events around the world. He is certain that another war is coming and is beyond worried that his beloved granddaughter seems to have been unwittingly caught up in it.

Escape Rating A: As much as I got completely wrapped up in this story, I have to admit that what grabbed me wasn’t Elena, even though this is the first book in a projected series that will follow her exploits.

Exploits that remind me more than a bit of those of Maisie Dobbs, particularly in Journey to Munich, where Maisie was undercover in Nazi Germany in 1938. Although Maisie’s official cover doesn’t fail quite as badly as the way that Elena gets dumped in the soup.

Instead, the fascination for me with Death in Focus was on the home front, with her grandfather’s internal conflict. He has kept his secrets for so long, to the point where he and his son have become estranged, because he knows the war is coming and his son, in grief over his own wartime losses, needs desperately to stick his head in the sand and believe that the peace will last. Their characters and their dilemma resonated more for me, perhaps because they felt more fully developed as characters. Elena, like Maisie Dobbs in the first book in her series, has a lot of development yet to come.

In spite of his diplomatic service, her father doesn’t see what is going on because he doesn’t want to see. And in his willful blindness we see the same in plenty of others, including the government of Neville Chamberlain. Hindsight is not only 20/20, but it is downright painful.

At the same time, this is a murder mystery. Elena seems to be trailing dead bodies behind her, and she doesn’t know why. She only knows that she herself is not the killer. So there is a traditional mystery to solve, albeit in very nontraditional circumstances.

In the end, many characters discover that things are not quite as they seem. Including everything that Elena believed about her trip to Berlin and what she discovered. And that while revenge is still a dish best served cold, sometimes the chef for that dish misjudges their enemies and finds themselves served instead.

SEAL of My Dreams 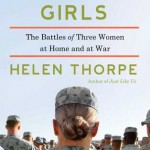