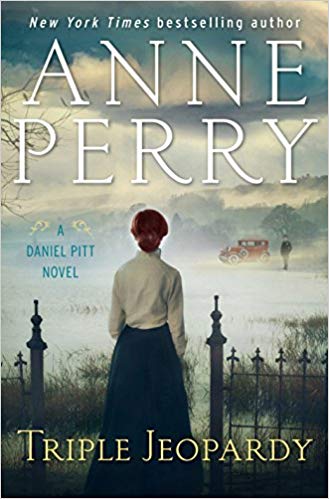 Young lawyer Daniel Pitt must defend a British diplomat accused of a theft that may cover up a deadly crime in this riveting novel from the New York Times bestselling author of Twenty-one Days.

Daniel Pitt, along with his parents, Charlotte and Thomas, is delighted that his sister, Jemima, and her family have returned to London from the States for a visit. But the Pitts soon learn of a harrowing incident: In Washington, D.C., one of Jemima's good friends has been assaulted and her treasured necklace stolen. The perpetrator appears to be a man named Philip Sidney, a British diplomat stationed in America's capital who, in a cowardly move, has fled to London, claiming diplomatic immunity. But that claim doesn't cover his other crimes. . . .

When Sidney winds up in court on a separate charge of embezzlement, it falls to Daniel to defend him. Daniel plans to provide only a competent enough defense to avoid a mistrial, allowing the prosecution to put his client away. But when word travels across the pond that an employee of the British embassy in Washington has been found dead, Daniel grows suspicious about Sidney's alleged crimes and puts on his detective hat to search for evidence in what has blown up into an international affair.

As the embezzlement scandal heats up, Daniel takes his questions to intrepid scientist Miriam fford Croft, who brilliantly uses the most up-to-date technologies to follow an entirely new path of investigation. Daniel and Miriam travel to the Channel Islands to chase a fresh lead, and what began with a stolen necklace turns out to have implications in three far greater crimes--a triple jeopardy, including possible murder.

"Readers may find themselves smitten with Daniel and with the dauntless Miriam fforde Croft, whose relationship with Daniel deepens in this episode. . . . Primarily identified for her authentic period sets and well-rendered characters, Perry writes in what she has called the 'Put Your Heart on the Page' method, with the focus placed squarely on what happens to people under the pressure of investigation. This book is an excellent example of her craft."--Booklist

"Veteran Perry dials back the period detail and the updates on the lives of the continuing characters to focus on one of her most teasing mysteries, this time with a courtroom finale that may be her strongest ever."--Kirkus Reviews 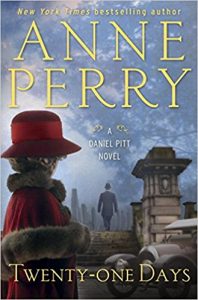 In my review of the first Daniel Pitt story, Twenty-One Days, I said that Daniel, his cast of irregulars, and the methods they use to discover the truth reminded me more than a bit of the Canadian TV series Murdoch Mysteries.

That’s still very much true in Daniel’s second outing, along with more than a bit of Law and Order UK, perhaps as the early 20th century edition. Perhaps with a bit of the Bess Crawford mystery book series, or the early adventures of Maisie Dobbs.

While Daniel Pitt is a (very junior) practicing lawyer, the year is 1910, and the case he is involved in has ties to the police, both in America and in England. It is also ultimately connected to the war with Germany that can be seen on the darkening horizon by those who are willing to look.

Not that Daniel sees the larger picture at the beginning. The case starts out rather small – and rather close to home.

His older sister Jemima, along with her American husband Patrick and their two little girls, have come to London to visit the family. Along with a story to tell that is not exactly their own.

A friend of Jemima’s was assaulted in the middle of the night in her own bedroom in Washington D.C. A necklace of little financial value but great sentimental attachment was ripped from her neck. Her screams brought her parents down the hall, and they identified her attacker as a young man of their acquaintance. A man who served as a junior functionary at the British Embassy.

The man claimed diplomatic immunity and fled to his home shores, followed in short order by Jemima and her family, the victim and her family, and papers proving that the young man committed embezzlement during his posting at the Embassy.

It may not be possible to try him in America for his assault on the young women, but it is definitely possible for him to be tried for stealing money from the Crown – no matter how small the amounts.

Daniel Pitt finds himself in the case up to the neck – his own if not his client’s. At first he believes the man is guilty – if not of the embezzlement then certainly of the assault. But the more he digs into the case – and the better he gets to know his client – the more he realizes that nothing about the entire thing makes any sense at all.

Not the original assault, not the embezzlement, and not the murder of the poor clerk who discovered the financial irregularities. Unless there’s something hidden underneath it all. And that the “original” assault was not the originating event at all – but instead the first in a series of increasingly desperate cover ups.

Daniel will have to dig deeply in order to find the answer. Very deeply indeed – both into the past and under the ocean – in order to come at the truth.

Escape Rating A: Reminiscent of the first book in this series, Daniel comes to this case through a family connection. And much of his internal tension throughout his investigation revolves around that family.

Initially, everyone is sure that the accused is guilty, if not of the financial misappropriations, then of the much more serious assault – a charge that cannot be brought forward in law. At the same time, once Daniel takes the case, he has to defend his client to the best of his ability, both to prevent a mistrial and in order to be able to live with himself.

But he’s caught on the horns of a dilemma – his introduction to this mess is through his brother-in-law the American cop. He fears that Patrick may have had something to do with the evidence of embezzlement arriving almost out of nowhere, and he fears alienating his sister if he makes that accusation plain.

At the same time Jemima is having her own doubts, both about her husband’s involvement in the case as well as whether her friend should push for the circumstances to be made public. Even though nothing happened beyond the theft of the necklace, the rumors that will follow the young woman for the rest of her life over this will be vicious and will never go completely away.

What makes the story work so well is the character of Daniel himself. We know what he came from, his parents were the protagonists in this author’s long-running and much-beloved historical mystery series named for them, Charlotte and Thomas Pitt. 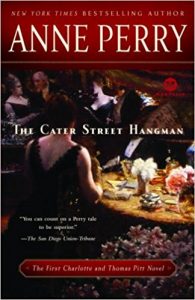 Their series begins with The Cater Street Hangman and follows the romance and eventual marriage between Thomas, police detective and gamekeeper’s son and Charlotte, a daughter of the aristocracy. During that series, Thomas rises from detective to his position in 1910, head of Special Branch, the police department that deals with terrorism and treason.

But Daniel Pitt is very young, both as a man and as a lawyer. He often finds himself in over his head, and feels constrained about asking his father for advice – at least partially because he is all too aware that he was initially taken on by his firm because his father requested a favor from the senior partner. Daniel does not want to feel any more beholden to his father’s connections than he already does.

So Daniel comes at his cases from a different angle altogether – although in this particular case that angle results in him calling his own father to the witness stand!

In the end, Daniel solves this case with more than a little help from his rather irregular friends. And that’s what makes it such a page-turner from beginning to end.

As part of my Blogo-Birthday Celebration, I’m giving away something every day this week. Today’s giveaway is for the winner’s choice of any book in either the Charlotte and Thomas Pitt series or the Daniel Pitt series, both by Anne Perry. Both series are absolutely wonderful, and will be a treat for any lover of historical mystery. So the winner can either start Daniel’s adventures with Twenty-One Days, or go all the way back to when his parents first met in The Cater Street Hangman, or anywhere in between, including this most recent (and terrific!) mystery. 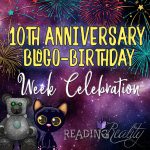 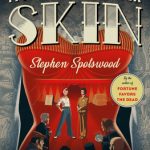