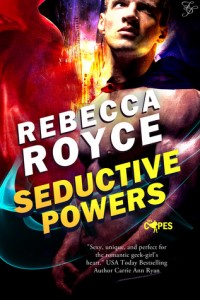 Wendy Warner is a bit of an oddball. Raised in an orphanage, she’s found solace and friendship by watching the television show, Space Adventures, and participating in its fan clubs. Twice a month, Wendy comes to work dressed in a costume from the show that she wears to charity events. She’s been able to ignore the looks of distain from many of her coworkers, but when the president of the company gazes at her with something more, she knows she’s in deep.

Draco Powers rather likes the way the uniform hugs all her curves in the just the right places. He’s also a real-life Guardian who told the world that, yes, some people had superhuman abilities, but, no, they wouldn’t work for free or without health insurance. Some people refer to him with derision as the “Capitalist Guardian.” While Draco doesn’t care what he’s called, he’s also being hunted by a group called the Organization, whose motives are unclear and yet still cause death and destruction wherever they go.

The Organization has decided that Draco’s biggest weakness is the way he cares about his employees and has chosen Wendy as their next target. To save her, Draco will have to come to terms with his real feelings and the reason he’s long resisted complicated relationships…but he’s running out of time.

This is just plain fun. Just way too much fun. And absolutely adorkable.

Now that I’ve read it, I have to say that the worldbuilding makes complete sense. To the point where I can’t get it out of my head. Bruce Wayne inherited a fortune, so he didn’t have to worry about having a day job to support being Batman. Reporters do work alone a lot, or did when the Superman comic was first written, and Lois and Jimmy seem to have covered up for Clark Kent’s absences fairly often.

Tony Stark, well, Iron Man owns his own company, and everyone knows who he is anyway. But if you really are attempting to keep your secret identity secret, and you don your cape and mask every time somebody needs saving, how do you hold down a day job?

Not all superhero backstories come with unlimited funding.

(I don’t know about the rest of you, but if I disappeared every day for a couple of hours, even if it was to save the world, I’d get fired. And that would certainly put a crimp in the family budget.)

And the idea that “normal” or non-super people would work in the infrastructure of that superhero corporation and that they would need to be paid and have insurance then follows from the rest. I like my worldbuilding to have internal consistency, which this does.

If you were the personal assistant to a superhero, would you be in danger of developing a crush on your boss? Now that’s the stuff that romances are made of.

And Wendy Warner has a crush on her boss, the head of Powers, Inc., Draco Powers. What Wendy doesn’t know is that her boss is interested in her, too. However, Draco is keeping that feeling to himself, because he’s all too aware that letting it be obvious that he has feelings for anyone makes them a target for his enemies.

It all goes smash when he discovers that just by being his personal assistant, Wendy already has a target painted on her back. His last PA was murdered by his evil nemesis; “The Organization”.

And Wendy is next.

Escape Rating A-: This is just a terrific superhero romance. And a great geek romance too. Two hits in one!

Wendy is the geek, and I love the casting against type. Wendy plays MMORPGs in her spare time (massively multiplayer online role playing games) and her involvement in the cooperative world of the game and in geek culture is a major subplot.

I did figure out at least part of the whodunnit, but not all of it, and it didn’t matter. I was having too much fun with the way things were put together. The reason that Draco’s nemesis was his nemesis turned out to be a bit weak, but again, still too much fun. The story was way more about how the Powers were the Powers and Draco and Wendy’s love story.

In spite of not being a superhero, Wendy gives Draco as good as she gets. She may think he can do better, but she still doesn’t let him walk all over her. And when I say do better, some of that again has to do with her being a “normal” and him having superpowers. He can fly like Superman, that might make a lot of people feel inadequate.

But her job is to keep him organized, and to be his interface with the world. She tells him what to do and he does it. She argues with him on a regular basis. There’s a lot of give and take in their relationship, and it’s good for them both, it just takes a while for them to see it. That’s part of what makes this story work.

They both need to recognize what love is, because neither of them has a whole lot of experience with it. When they finally figure it out, it’s fantastic. 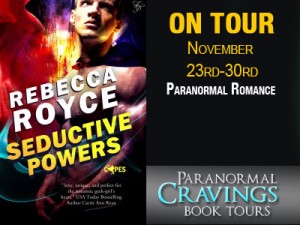 Rebecca is giving away a $50 gift card for Amazon! To enter, use the Rafflecopter below: 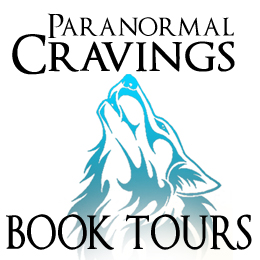