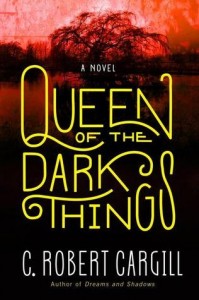 Screenwriter and noted film critic C. Robert Cargill continues the story begun in his acclaimed debut Dreams and Shadows in this bold and brilliantly crafted tale involving fairies and humans, magic and monsters—a vivid phantasmagoria that combines the imaginative wonders of Neil Gaiman, the visual inventiveness of Guillermo Del Toro, and the shocking miasma of William S. Burroughs.

Six months have passed since the wizard Colby lost his best friend to an army of fairies from the Limestone Kingdom, a realm of mystery and darkness beyond our own. But in vanquishing these creatures and banning them from Austin, Colby sacrificed the anonymity that protected him. Now, word of his deeds has spread, and powerful enemies from the past—including one Colby considered a friend—have resurfaced to exact their revenge.

As darkness gathers around the city, Colby sifts through his memories desperate to find answers that might save him. With time running out, and few of his old allies and enemies willing to help, he is forced to turn for aid to forces even darker than those he once battled.

Following such masters as Lev Grossman, Erin Morgenstern, Richard Kadrey, and Kim Harrison, C. Robert Cargill takes us deeper into an extraordinary universe of darkness and wonder, despair and hope to reveal the magic and monsters around us . . . and inside us.

The Queen of the Dark Things is a very direct sequel to Dreams and Shadows. And I can’t exactly say that I liked Dreams and Shadows. I found it interesting, but it also reminded me quite a bit of Neil Gaiman’s early work, particularly Neverwhere, with a slice of American Gods thrown in to give it body. Or several bodies. 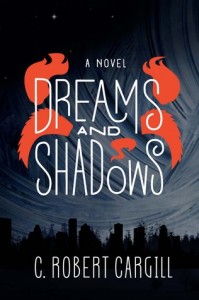 Both Dreams and Shadows and The Queen of the Dark Things are contemporary fantasy, of that particular flavor where myth still lives alongside of our technological world, and where our lack of belief in magic and the old ways is squeezing out a great deal of what was once wondrous in the world. Which doesn’t mean that the nasty stuff in the shadows isn’t still there, just that most of us can’t see it. The dark things are still plenty capable of screwing us over.

The Queen of the Dark Things is about living with the consequences of our actions. Just because much of the setting takes place in a slightly fantastic version of Austin, Texas and among the myths of the Australian dreamtime doesn’t change the essential truth. This is a story about consequences.

It’s also about a very “Clever Man” playing a very long game, in the hopes and not the certainty of getting the right people into the right places at the right time to achieve what he hopes will be the best outcome. A case of the needs of the future outweighing the needs of the present.

He maneuvers two children into positions of power, one to become the wizard Colby Stevens, who we first met in Dreams and Shadows; and the other to become The Queen of the Dark Things. He does it to prevent seventy two demons from being free to wreck havoc on the world, and he hopes that he is not setting up a future that will be worse.

The demons have been planning this particular game for five hundred years, and they don’t care how much damage they do. They just want to win.

But the demons have misjudged Colby. He wants what he has always wanted. And it has never been any of the things that they want. Which might just be enough to save him.

Escape Rating C: The story in The Queen of the Dark Things takes a long time to set up, and that’s on top of having read Dreams and Shadows last year. It veers into literary science fiction, so if you like your explanations long and lyrical, this might be for you. I would have preferred that the story get to the action quicker.

The plot is incredibly convoluted. The demons made a bet 500 years ago, and in order to tally it up, they’ve been messing about with shadow puppets ever since. While Colby was still a child learning magic, his mentor left him with an Aborigine shaman for a while, the “Clever Man” Mandu, and Mandu set up this particular future in the Dreamtime.

It’s a long, sad, crazy story, but Colby and Kaycee, the girl who becomes the Queen, have been set up by the demons and Mandu to take the demons down several pegs.

The issue I have with The Queen of the Dark Things was that I didn’t feel enough for the characters to be invested in their story or what happened to them. Although Colby is the central character, so much of the story is based on something that happened when he was a child, and he’s remembering rather than feeling–his story is stripped of the emotions. We don’t see Kaycee’s feelings or thoughts in the now; what there is of the real her is stuck in the past. Even Mandu is a ghost.

The character whom I cared about the most was the dog, Gossamer. He’s an awesome dog.

The story told in The Queen of the Dark Things had the potential to be a fascinating re-imagining of old mythology into modern storytelling. But it just didn’t catch me by the heart.

One thought on “Review: The Queen of the Dark Things by C. Robert Cargill”