Dr. Eos Rai has spent a lifetime dedicated to her mother’s dream of finding the long-lost Mona Lisa. When Eos uncovers tantalizing evidence of Star’s End—the last known location of the masterpiece—she’s shocked when her employer, the Galactic Institute of Historic Preservation, refuses to back her expedition. Left with no choice, Eos must trust the most notorious treasure hunter in the galaxy, a man she finds infuriating, annoying and far too tempting.

Dathan Phoenix can sniff out relics at a stellar mile. With his brothers by his side, he takes the adventures that suit him and refuses to become a lazy, bitter failure like their father. When the gorgeous Eos Rai comes looking to hire him, he knows she’s trouble, but he’s lured into a hunt that turns into a wild and dangerous adventure. As Eos and Dathan are pushed to their limits, they discover treasure isn’t the only thing they’re drawn to…but how will their desire survive when Dathan demands the Mona Lisa as his payment?

Space pirates and the Mona Lisa. Now there’s a combination that doesn’t turn up everyday!

At Star’s End is a rollicking space piracy adventure wrapped around a hot romance between an archeologist and the pirate captain. Although the emphasis in the story is on the action/adventure and the romance, the science fiction aspects provide just the right sauce, along with a touch of pathos.

Star’s End is a place. A mythical place where the first Earth colony ships, loaded with the most beautiful art and artifacts of our dying planet, ended up. By the time period of this story, Star’s End is a lost legend.  It appears in history books, it’s treasures are mostly known through surviving computer files, but no one has ever found the actual place. It seems to be literally at the stars’ end.

Archeologists’ careers have come to unhappy ends in the fruitless search for the lost Terran treasure, including the career and life of Dr. Eos Rai’s mother. Eos has devoted herself to proving her mother’s theories correct. And at last she has a lead on the trove–but her bosses at the Galactic Institute of Historic Preservation refuse to back an expedition.

That’s where the Phoenix brothers come in. Dathan Phoenix, along with his brothers Niklas and Zayn are pretty legendary themselves. Legendary treasure hunters, that is. The Phoenix brothers search for treasure and historic artifacts for purely mercenary motives; they’re in it for the money.

Eos is in it for the thrill of the hunt, and for the glory of getting her latest finds into the museum. But without museum backing, the Phoenix brothers are her only choice for this personal mission. A mission that becomes even more personal when she and Dathan can’t seem to stop the spark of attraction that flares up between them.

They’ve always been on opposite sides of the fence, but opposites definitely do attract.

Treasure hunts also attract poachers, including a hunter who is as much after brother Niklas as any treasure they might discover. (I hope this story turns up in a later book).

As they get further away from civilized space, the chase gets more and more dangerous. Too many rivals try to kidnap Eos for the secret she holds. But no matter how difficult the hunt, Eos never gives up or gives in.

Except to what she feels for Dathan.

Escape Rating A-: Another review called At Star’s End the love child of Indiana Jones and Firefly, and that’s a pretty good description. The universe by the time of the story has gotten kind of dark and gritty, much like the background of Firefly. But the adventure part of the story is pure Indiana Jones’ treasure chasing, non-stop action and danger, with a heroine who gets herself into, and out of, every kind of trap and trouble imaginable.

This is Eos’ story. Her information, her find, and often her danger. It’s about what she wants, and what she thinks she wants. Does she just want to find Star’s End, or is she trying to validate her mother’s career? Does she want to go back to the Museum, or does she want a more interesting, and more dangerous, future with Dathan? If he’s looking for a long-term relationship, and not just a fling, that is.

If you love the action/adventure type of science fiction romance, let these space pirates steal you away, and steal your heart. 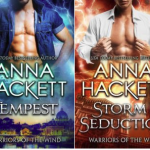