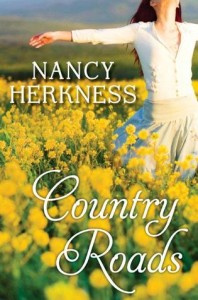 When sheltered artist Julia Castillo flees her hometown, she has just one goal: to prove to her overbearing family once and for all that she can make it on her own. After she moves to Sanctuary, West Virginia, her horse paintings take the art world by storm. Yet Julia finds her courage tested as never before—by her love for a handsome country lawyer, by her bond with a dangerous black stallion, and by the secret she is so desperate to keep…

Paul Taggart abandoned his high-powered legal career to return to Sanctuary, giving up his own dreams to care for his troubled brother. But the day he rescues Julia Castillo from the side of the highway, his staid, responsible life changes forever. Irresistibly drawn to the fiery but unsophisticated beauty, Paul will do anything to protect her—even sacrifice his own happiness to guarantee hers.

As the story opened, I thought that Julia was going to turn out to be running from the Mafia. As the story progressed, I discovered that who she is really running from is herself. And that she is searching for herself, both at the same time.

The town of Sanctuary, West Virginia turned out to be a great place for her to do both.

Julia Castillo is an artist with a secret. But mostly, she’s an artist with a serious self-confidence problem. Her early work was commercially successful, but her agent keeps telling her that her new direction, representing two years’ worth of work, is crap. Not in so many words, but then, her agent is also her uncle. Which makes his words a bit nicer, but his message twice as devastating.

Paul Taggart is a small-town lawyer and former mayor with a big idea and an even bigger family responsibility. He was on the fast-track to partner in a hot-shot Atlanta law firm, until his little brother’s self-destructive problems dragged him back home to Sanctuary for good. And for increasing levels of frustration.

There are a couple of stories built into this book. The big story is Julia’s journey to independence. She has been sheltered her entire life by a family that loves her but is scared to death that the bumps and bruises of the real world will precipitate another health scare. Their protection comes at a price; Julia is never allowed to live, and when her family stops believing in her art, she has nothing left.

The art dealer who was the first to believe in Julia has come to Sanctuary, so Julia sets out on a cross-country odyssey to find out if her work is still any good. While she sets out looking for validation, what she discovers is that she can make it on her own, outside of the cocoon her family has smothered her in.

She has barely two weeks to find out who she can be before her uncle comes to West Virginia to haul her home.

Paul Taggart isn’t sure whether her uncle is merely being protective, or whether this issue is really a fight over control of Julia’s earnings, which are surprisingly substantial. What he is sure about is that a relationship with Julia comes with an automatic expiration date. She has to return to her career, and he is stuck in Sanctuary.

It takes a lot of growing up on both their parts to figure out that neither of those assumptions is remotely true.

Escape Rating B+: This one made me think after I read it. The relationship that develops between Julia and Paul is marvelous, but the core of the story was Julia’s discovery of her real self. She had let others control her life, admittedly with the best of intentions, but once she breaks away she learns to stand on her own two feet.

The fascination was with the parallel of Paul’s need to let his brother stand or fall on his own two feet, too. The way that Julia was over-protected by her family was paralleled by Paul’s over-compensation for his brother’s admitted weaknesses. Just as it was crucial for Julia to take responsibility for her own actions, it was equally critical that Paul stop swooping in to save his brother from the consequences of his actions.

Once Paul finally sees that his constant support is undermining his brother’s journey, he’s able to stop making decisions for Julia, too. She’s stopped needing anyone else to decide for her, including about where she will be based or what her priorities are.

And if the love story and the independence stories don’t carry you away, there is a horse named Darth perfectly willing to gallop off with your heart! 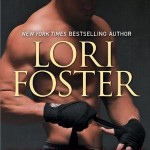 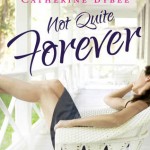