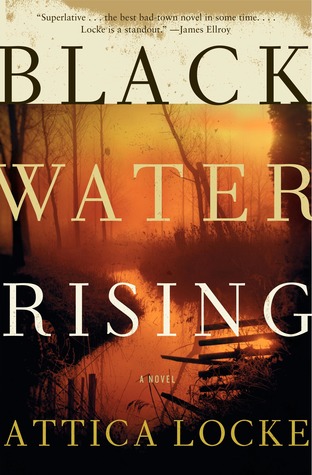 Writing in the tradition of Dennis Lehane and Greg Iles, Attica Locke, a powerful new voice in American fiction, delivers a brilliant debut thriller that readers will not soon forget.

Jay Porter is hardly the lawyer he set out to be. His most promising client is a low-rent call girl and he runs his fledgling law practice out of a dingy strip mall. But he’s long since made peace with not living the American Dream and carefully tucked away his darkest sins: the guns, the FBI file, the trial that nearly destroyed him.

Houston, Texas, 1981. It is here that Jay believes he can make a fresh start. That is, until the night in a boat out on the bayou when he impulsively saves a woman from drowning—and opens a Pandora’s box. Her secrets put Jay in danger, ensnaring him in a murder investigation that could cost him his practice, his family, and even his life. But before he can get to the bottom of a tangled mystery that reaches into the upper echelons of Houston’s corporate power brokers, Jay must confront the demons of his past.

With pacing that captures the reader from the first scene through an exhilarating climax, Black Water Rising marks the arrival of an electrifying new talent.

It’s 1981 in Houston, Texas, and the black water that is inconveniently rising is something that is sometimes called “Texas Tea”. But no one is going to strike it rich this time, because this isn’t an oil well. This crude is rising somewhere that it isn’t supposed to be in the first place.

The story in Black Water Rising is edge-of-your-seat, thrill-a-minute scary, because that oil isn’t the first or the only thing that isn’t staying where it was put. And Jay Porter is right in the middle of the mess.

In Catch-22, Joseph Heller famously said that “Just because you’re paranoid doesn’t mean they aren’t after you.” That’s Jay Porter in a nutshell. He’s been paranoid all of his adult life, but he’s not just certain that they are out to get him, he knows it’s true because it happened before.

In college, in the tumultuous late 1960’s, Jay was a black activist who gave speeches and raised money for the cause that he believed in. Until one day he was betrayed by someone both close to him and inside the movement, and found himself on trial on a trumped up charge of murder. Although he was found not guilty by the grace of God and one black woman on the jury who would not give in, he never lost his sense of betrayal.

It’s 1981, and he finds himself in the middle of something that he shouldn’t have had any part of. He was in the wrong place at the right time. Or the other way around.

He takes his wife on a very cheap anniversary cruise on what had been proposed as a Riverwalk through Houston to rival San Antonio. It’s a concrete ditch leading to the bayous, but someone owes him and he needs to do something special for his anniversary. His wife is 8 months pregnant and he needs to treat her to something nice.

On the way back, they hear a scream. He rescues a white woman from the shoreline – she’s frightened and bruised. He knows that there is no way that a white woman should have been in that part of town, and the gunshots they heard just before she started screaming make him certain that this is trouble with a capital T.

He’s right. He knows that there is no good that can come of a black man rescuing a white woman. Even with witnesses, it can only turn out badly for him. He just doesn’t know how right he is. And how wrong.

It’s not because of the event itself. Because of Jay’s long-simmering certainty that someday the government will get him, just the way it has so many of the others he was involved with in the 1960s. He’s innocent of any wrongdoing now, but he is certain that the police won’t see it that way.

So Jay covers up his involvement, only to eventually discover that someone is using him to cover up something deeper and darker. His paranoia, justified as it is, nearly gets both him and his wife Bernice killed.

In the end, it both saves him and sets him free.

Escape Rating A: The depths of Jay Porter’s fear, and exactly how ingrained it is and how utterly reasonable it is has been reinforced for this reader by recent deaths of black men in Baltimore, New York, Ferguson, Florida and too many other places to list. Which is just wrong.

So Jay doesn’t trust the police, because he knows from his own experience that they are not trustworthy. He is a black man with a felony arrest record, and even though he was found not guilty of the fabricated charge, he is certain that he will be beaten first and asked questions later, if at all. It happens all the time, and he knows it.

The events in the book bear this out, as a white union organizer beats up an unarmend young black union member, and is not merely let go, but his fake alibi is corroborated by one of the city’s most influential oil men. And it is all in the service of killing a union movement by black dockworkers to get equal pay for equal work.

Meanwhile, the woman that Jay rescued has finally been charged with murder, but the fix is in. The question in the story is about who is fixed. Whether it’s Jay, involved by accident in a mess that is none of his making; Elise, the young woman who killed a man in self-defense, or the influential businessman who contracted the hit, but is now paying for her legal defense.

Jay conducts his own investigation into the original crime. At first, he’s just trying to discover whether his inadvertent role has been revealed to the police. It becomes a race to see if he can uncover and reveal the depth of the coverup before his own body becomes part of the collateral damange.

Ironically, it takes a long time for Jay to finally figure out what this is all really about. Because it’s not about the murder, not really. It’s about a lot of big corporations and big unions manipulating everybody in Houston, and the U.S.

Jay initially only cares that they are manipulating him, using his long-standing fears to keep him in line. When that stops working, they threaten his family and his life, and they try to make him complicit in a crime that he still hasn’t discovered the depths of.

Jay carries the story along with his guilt and innocence, on his back the entire length of the book. It is so easy to see that doing the right thing in the beginning would have saved him so much grief. At the same time, the author makes is easy to understand what motivates Jay to hide as much as he can for as long as he can.

He’s a complete mess, and his fears threaten to wreck his entire life. But the author makes those fears real, and we understand how it all falls into place, and nearly into pieces.

Black Water Rising is a compelling story of betrayal and corruption. It is also a story that it is impossible not to keep thinking about. It won’t let me go.

One thought on “Review: Black Water Rising by Attica Locke”