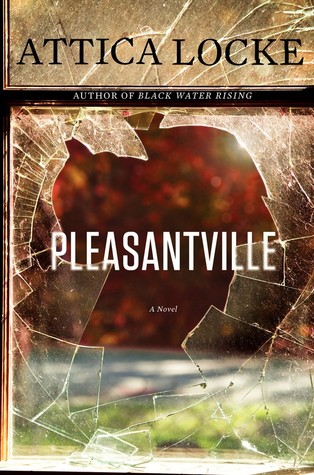 In this sophisticated thriller, lawyer Jay Porter, hero of Locke’s bestseller Black Water Rising, returns to fight one last case, only to become embroiled once again in a dangerous game of shadowy politics and a witness to how far those in power are willing to go to win

Fifteen years after the events of Black Water Rising, Jay Porter is struggling to cope with catastrophic changes in his personal life and the disintegration of his environmental law practice. His victory against Cole Oil is still the crown jewel of his career, even if he hasn’t yet seen a dime thanks to appeals. But time has taken its toll. Tired and restless, he’s ready to quit.

When a girl goes missing on Election Night, 1996, in the neighborhood of Pleasantville—a hamlet for upwardly-mobile blacks on the north side of Houston—Jay, a single father, is deeply disturbed. He’s been representing Pleasantville in the wake of a chemical fire, and the case is dragging on, raising doubts about his ability.

The missing girl was a volunteer for one of the local mayoral candidates, and her disappearance complicates an already heated campaign. When the nephew of one of the candidates, a Pleasantville local, is arrested, Jay reluctantly finds himself serving as a defense attorney. With a man’s life and his own reputation on the line, Jay is about to try his first murder in a case that will also put an electoral process on trial, exposing the dark side of power and those determined to keep it. 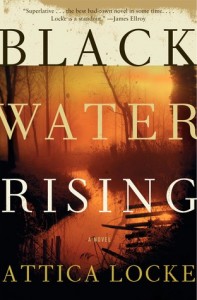 Pleasantville was every bit as terrific as I expected it to be, and the story makes an excellent bookend to Jay Porter’s legal career. We saw it take off in Black Water Rising (reviewed here) and in Pleasantville we see what could be his swan song, or perhaps a new renaissance. Time will tell.

Jay’s own story seems to be a parable on the cliche that if it wasn’t for bad luck, he wouldn’t have any at all. He has an unfortunate knack for being in the wrong place at the wrong time, and nearly getting himself killed extricating himself from the mess that he has accidentally landed in.

In this particular story, Jay also finds himself caught in the middle of a mess that could be described as “power corrupts and absolute power corrupts absolutely”, along with a cautionary tale about not getting in the way of someone who gets their jollies by being a very big fish in a very small pond.

I used to know someone who referred to some folks who fit that category as being a shark in a goldfish bowl. The problem that Jay discovers is that those type of sharks will do just about anything to maintain their sharkitude.

Pleasantville takes place in 1996, fifteen years after the end of Black Water Rising. During those intervening years, Jay’s career has risen and finally fallen. He’s gone from being in his 30s to pushing 50, and sometimes feeling 50 push back. In Black Water Rising, his wife Bernice was pregnant with their first child. In Pleasantville, he is a widower raising their two children alone, after Bernice’s death from cancer the previous year. His once burgeoning civil practice has sunk to one last case that he is afraid to go to court with – after the death of his wife, he has lost his own fire.

In the autumn of 1996 the country was about to elect Bill Clinton for his second term. In Houston, a historic mayoral race has come down to a runoff between the first black Houston police chief and the second woman to run a viable campaign for mayor. The politics are dirty and getting dirtier by the minute.

In the middle of the campaign, a young female campaign worker is murdered, and the pattern of the crime fits two other recent murders of young women in the Pleasantville neighborhood. The murder is tragic, but political considerations overtake the investigation of the crime.

Former police chief Axel Hathorne is from Pleasantville. His opponent, District Attorney Wollcott, decides to prosecute Axe’s nephew Neal for the crime, based on extremely flimsy evidence. As Neal is his uncle’s campaign manager, it looks a lot like a cheap stunt to tank Axe in the upcoming runoff election.

Jay takes Neal’s case. At first, simply because he is in the police station when Neal is brought in for questioning. A happenstance. The patriarch of the Hathorne family, Sam Hathorne, asks Jay to take the case for real when Neal is charged. Jay doesn’t trust Sam, doesn’t trust himself in a courtroom, but can’t manage to stop himself from taking up Neal’s case when it looks like he wasn’t just falsely accused, but falsely accused in order to finagle the outcome of the election.

But the case turns out to be much different than Jay imagined. Not because of the election angle, but because old Sam Hathorne, the unofficial mayor of Pleasantville, has committed many more and dirtier deals than anyone in his community imagined. He’s sacrificed everyone’s best interests in order to maintain his position as the shark in his particular goldfish bowl.

And Jay won’t let him get away with it any more than he’ll let the DA and her dirty tricks manager get away with pursuing a trumped up murder charge to steal an election.

Escape Rating A+: Pleasantville was even better than Black Water Rising. The story has just as many thrills and definitely chills, but the scope was larger and the chills further reaching. While Black Water Rising was about one man’s fight against corporate corruption, Pleasantville has a broader theme about the far reaching consequences of political corruption, and the short term memories of the electorate. It’s a story about the changing nature of one community, and how that change is reflected in the wider world.

The dirty tricks campaign against Alex Hathorne in Houston is intended as a precursor of the long-drawn-out fight that turned into the 2000 presidential election where our fate was decided in a courtroom. The manager of the dirty tricks in this Houston mayoral race moves on to bigger and better (or worse, depending on perspective) things as a manager of the Bush campaign in 2000. It’s easy to see a connection between this mayoral campaign and the Swift Boat deceptive advertising in the 2004 election.

But this story personalizes the political dirt by focusing on the bogus case against Neal Hathorne. Through the case of one young man who has an alibi for the time when the crime took place, we see how easy it is to obfuscate the facts in order to forward an agenda. The opponents didn’t need to convict him, they just needed to dirty his name for 30 days, long enough to win the election. That Jay is willing to do whatever it takes to thwart that ambition tells both him and the reader that he still has something left to live for, and still has something to give back to his community and his clients.

That he is unwilling to bury a difficult truth in order to keep the status quo in power shows that he is still an idealist after all. And those choices are what make him so fascinating to follow.

One thought on “Review: Pleasantville by Attica Locke”