I’m not sure whether I love reading about romantic pirates in general, as the author asks in her guest post, but I am certain that I enjoy reading about her pirate in particular. Suzanne Johnson has turned the legend of Jean Lafitte into a fascinating and enigmatic character who always has his finger in too many pies.

After having read her entire Sentinels of New Orleans series so far (check out today’s review of Pirate’s Alley) I will say that in this case, Lafitte is a much better bet for our heroine than any of the dogs who have been, sometimes literally, sniffing around her. Read this awesome urban fantasy series for yourself and see if you agree!

When I introduced the early 19th-century pirate Jean Lafitte in the very opening scene of my Sentinels of New Orleans series, I had no intention of making him a major character. But the more I learned about him, the more fascinated I became—and I was thrilled when readers became enamored of my French pirate as well (he was my pirate by then), because it meant I had good reason to keep him in subsequent books.

But why? I mean, I’d like to say it’s Jean Lafitte himself and my incorporation of him into an urban fantasy—he was, after all, an enigmatic and mysterious figure. Tall and striking in appearance, reasonably well educated and exceptionally smart, with a sly and playful sense of humor, a natural leader, at home with New Orleans society and equally at home with the ruffians living in the bayous of Barataria.

He was also a smuggler at a time when piracy carried a death sentence, a man who didn’t hesitate to use violence if he felt it was needed, an arrogant man who flouted his intelligence and wealth over those he considered inferiors (i.e., most bureaucrats), a devious man.

But it’s not Lafitte, as much as I love him. It’s our fascination with pirates. There’s a whole romance subgenre built around pirates from a century or two earlier than Jean Lafitte—who really was the last great pirate of the Caribbean. (The legions of fans of the Disney “Pirates of the Caribbean” franchise might or might not be fans of Johnny Depp’s sexily goofy Jack Sparrow; they are fans, however, of pirates.)

So what is it about pirates women love? They are perhaps the ultimate alpha male, and while we might not like alphas that much in real life, we do love them in our romance novels, right?

Alpha males are independent and, yeah, more than a tad bossy. Well, the fictional pirates we love are all that and more. We don’t, after all, daydream about the dude who’s swabbing the deck—we want the CAPTAIN of the pirates. He’s the one bad boy to rule them all, to borrow a phrase. He stands at the helm of the ship, riding the open waves while everyone hustles to avoid his wrath at the same time they respect him because he treats them fairly and pays them well.

The wind whips through his (enticingly long) hair, the breeze ruffles his (enticingly half-open) shirt that billows over his (enticingly tight) trousers. Other ships flee him. He’s confident, smart, daring, and has an (enticingly overactive) libido—but only when he crosses paths with the right woman.

Alpha males though they might be, pirates had a moral code, by all accounts. In the village of pirates that sprang up around his (enticingly lavish) two-story home in the Baratarian swamps south of New Orleans, Jean Lafitte tolerated gambling and even allowed a few ladies of the evening to ply their wares. But any of his men accused of rape were sailed far, far, far offshore and set adrift without provisions.

Pirates were also (enticingly) hard to catch—not only for the authorities, but for women. They enjoy a woman’s company but they are too independent to become a love-stricken sap. Until, of course they cross paths with the (enticingly sassy and independent) right woman.

So yeah, we romanticize the things we like about historical pirates—their independence and general badassitude—while ignoring the ugly parts like murder and brutality and the sheer discomfort of a life at sea, on the run.

Modern pirates? They’re armed with AK47s, prey on innocent people, and commit murder for money. They’re from places like Somalia rather than England and France. We do not romanticize them; will women three centuries now look back on them with the same lust, er, I mean fondness we have for the pirates of the 17th and 18th centuries?

Who knows? Till then, give me a bad boy with a cutlass and a bottle of rum any old day. How about you? Do you like reading about romantic pirates, or are they too alpha for you? 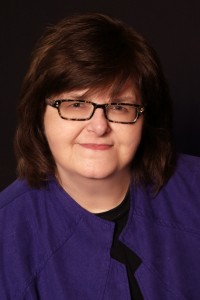 About the Author:Suzanne Johnson writes urban fantasy and paranormal fiction from Auburn, Alabama, on top of a career in educational publishing that has thus far spanned five states and six universities—including both Alabama and Auburn, which makes her bilingual. She grew up in Winfield, Alabama, but was also a longtime resident of New Orleans, so she has a highly refined sense of the absurd and an ingrained love of SEC football, cheap Mardi Gras trinkets, and fried gator on a stick.Writing as Susannah Sandlin, she also is the author of the best-selling Penton Legacy paranormal romance series and The Collectors romantic thriller series. Elysian Fields, book three in the Sentinels of New Orleans series, won the 2014 Gayle Wilson Award of Excellence while her Sandlin-penned novel, Allegiance, is nominated for a 2015 Reviewer’s Choice Award from RT Book Reviews magazine.
Website: http://www.suzannejohnsonauthor.com
Twitter: http://twitter.com/Suzanne_Johnson
FB: http://www.facebook.com/AuthorSuzanneJohnson