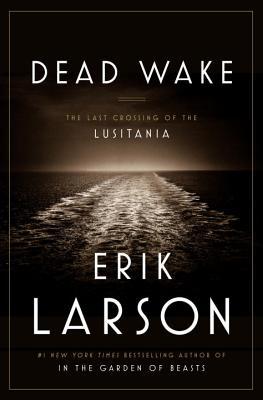 On May 1, 1915, with WWI entering its tenth month, a luxury ocean liner as richly appointed as an English country house sailed out of New York, bound for Liverpool, carrying a record number of children and infants. The passengers were surprisingly at ease, even though Germany had declared the seas around Britain to be a war zone. For months, German U-boats had brought terror to the North Atlantic. But the Lusitania was one of the era’s great transatlantic “Greyhounds”—the fastest liner then in service—and her captain, William Thomas Turner, placed tremendous faith in the gentlemanly strictures of warfare that for a century had kept civilian ships safe from attack.

Germany, however, was determined to change the rules of the game, and Walther Schwieger, the captain of Unterseeboot-20, was happy to oblige. Meanwhile, an ultra-secret British intelligence unit tracked Schwieger’s U-boat, but told no one. As U-20 and the Lusitania made their way toward Liverpool, an array of forces both grand and achingly small—hubris, a chance fog, a closely guarded secret, and more—all converged to produce one of the great disasters of history.

It is a story that many of us think we know but don’t, and Erik Larson tells it thrillingly, switching between hunter and hunted while painting a larger portrait of America at the height of the Progressive Era. Full of glamour and suspense, Dead Wake brings to life a cast of evocative characters, from famed Boston bookseller Charles Lauriat to pioneering female architect Theodate Pope to President Woodrow Wilson, a man lost to grief, dreading the widening war but also captivated by the prospect of new love.

Gripping and important, Dead Wake captures the sheer drama and emotional power of a disaster whose intimate details and true meaning have long been obscured by history.

Today is the 100th anniversary of the sinking of RMS Lusitania. While the name “Lusitania” is one that we all know, sometimes we’re pressed to remember why it is memorable. 100 years is a long enough time for memory to fade and significance to be lost.

And the story of the Lusitania is one where the significance did not quite add up to what it was supposed to have been, for good or ill.

That lessened significance is embodied in the title of this book. A “dead wake” is a trail of fading disturbance in the water, usually after a boat (or a torpedo) has cut through that water. The moving body generates a wave, and then a white trail in the water, and then…nothing.

According to the book, the sinking of the Lusitania was supposed to pull the United States into World War I almost two years before we finally entered in 1917. The analysis behind that particular chain of events (or non-events) is a fascinating part of the story.

The story of the Lusitania’s final voyage is as big as the ship itself. It takes place on multiple continents, and takes into account the perspectives of a number of different groups – the passengers, the company, British Naval intelligence, the German U-boat captain, the German High Command and Woodrow Wilson, then President of the U.S.

At the time of the Lusitania’s sailing, the war had been going on in Europe for almost a year. The German U-boats, which had originally been thought of as a minor tactic, turned out to give the Germans an incredible advantage. When they worked, they were unbelievably deadly. Their ability to travel under the water, and under the keels of ships that might ram and sink them, gave them a stealth capability that made them incredibly difficult to catch. The boats themselves were fairly easy to destroy, but the problem was finding them first in order to wreak that destruction.

The success of the U-boats fueled the development of sonar, with its submarine detecting capabilities. Sonar was not deployed on ships until 1920, after the war was over.

The Lusitania sailed on May 1, 1915, with nearly 2000 people aboard, including nearly 200 Americans. At this point in the war, the U.S. was militantly neutral (if that is not a contradiction in terms) but the British were in the thick of the war, and the Lusitania was a British-flagged ship. As a passenger ship, it should have been safe, but it was also carrying arms for the British Army, so its non-combatant status was a bit iffy. Which didn’t matter in the end, because the German U-boats by this point were firing on anything that looked like a juicy target, no matter whose flag it was flying. Or even if it was flying the Red Cross.

In Dead Wake, the accounts of the passengers, provided by survivors and surviving letters and diaries of those who didn’t make it – reads as though it might have come from the Titanic, with a difference. Everyone knew about the war, unlike the icebergs. The Imperial German Embassy had posted an official warning in the newspaper before the Lusitania sailed, warning all passengers that the ship would be considered a target once it reached British waters. While onboard, the progress of the war in broad outlines at least, was publicized in the shipboard newspaper.

However, none of those assumptions turned out to be true. The Lusitania was a named target, and the British sent nothing and no one to protect her or even to warn her captain properly. To add to the upcoming clusterfuck, the U-boat got slightly lucky with her torpedo strike, and the Lusitania went down incredibly fast. That as many people survived as did was also a stroke of luck. It was a warm sunny day, and she sunk close enough to the Irish coast for fishing boats to reach her in three hours. An absolutely deadly and grueling three hours for the survivors.

As much of a tragedy as the sinking of the Lusitania was, it is a story where we already know how it ended. The tale of the political machinations both before and after is less well known, and even more chilling than the harrowing survival tales.

It is entirely possible, even likely according to the experts consulted by the author, that the British Navy deliberately left the Lusitania unwarned and unguarded in the hopes that a disaster of this magnitude would bring the U.S. into the war. For this reader, the story echoes the World War II bombing of Coventry, complete with Winston Churchill as one of the major players in the drama.

Reality Rating A: The human cost of the sinking of the Lusitania is an incredible and enthralling tale, all the more riveting, and disturbing, for being true. The survivors’ stories, how quickly celebration turned to tragedy, are enough to bring any reader totally into the account and its aftermath. Whatever the political ramifications, for those who lived through it, it was a life-altering or life-ending tragedy.

Unlike the Titanic, this one was preventable, but no one who could have stopped it seems to have had an interest in stopping it. Which made the result even more chilling.

The story of the Lusitania is also the story of a world that has gone and will not come again. The world of opulence and exuberance that existed before World War I ended with the war. The lights went out, and when some of them came back on, the world had irretrievably changed. So the passenger stories onboard tell us of the way things were. It was unbelievably lush and indulgent, for those who could afford it. The author, using their diaries, letters and post-sinking accounts, has breathed life into this group of people that never saw disaster coming, but still lived each day as though it were their last. In many cases, it was.

While the author does a terrific job of detailing the difficulties of the U-boat captains and their crews, and just how chancy and dangerous serving in a U-boat was, it hit this reader hard that the U-boat campaign was a deliberate and unrestricted war on commercial shipping, regardless of country of origin. It seemed to people at the time that this was unfair to non combatant countries, and looked certain to drag those countries into the war sooner or later. That the German High Command seems to have underestimated the ability of the U.S. to strike hard and fast once engaged seems foolish in retrospect.

The difficult read is of the case that the British set up the circumstances of the Lusitania sinking somewhat deliberately. While they did not exactly aim U-boat 20 at the Lusitania, the case that they knew about the probable destination of the U-boat, that the Lusitania was heading right for it, that there were plenty of British warships available to convoy the Lusitania but were deliberately left in port or even sent in opposite directions, seems as if it comes to a solid conclusion about British motivations in this fiasco. That the U.S. remained neutral for two more years makes the tragedy seem even worse. Would the war have ended earlier if the U.S. had come in sooner? We’ll never know.

As absorbing as this book is, I do not recommend reading it just before bed. The sinking of the Lusitania is definitely the stuff of which real-life nightmares are made. 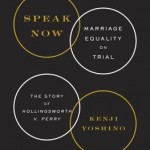 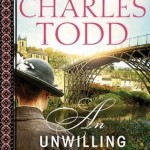 One thought on “Review: Dead Wake: the Last Crossing of the Lusitania by Erik Larson”