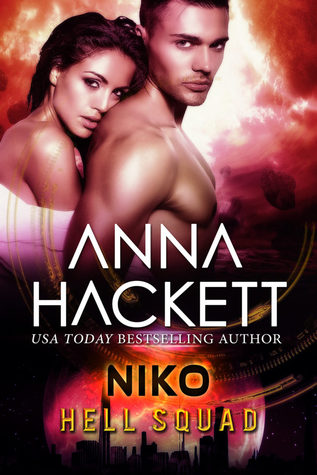 In the aftermath of a deadly alien invasion, a band of survivors fights on…

Mackenna Carides is tough, strong, and excellent at her job as second-in-command of Squad Nine. She often works side by side with Hell Squad on some of the toughest missions to fight back against the alien raptors. Now she’s helping the survivors of Blue Mountain Base settle into their new home at the Enclave. And that means working with the Enclave’s sexy civilian leader, Nikolai Ivanov, an artist who watches her with an intensity that is hard to ignore. A man she’s seen in the field and who she knows is hiding a mysterious past.

Niko is dedicated to the people of the Enclave and to his art. Once, his life was all about death and destruction, now it’s about life and creation—even in the middle of an alien apocalypse. As he welcomes the Enclave’s new members, there is one newcomer he wants to get closer to…but Mackenna is fighting their attraction. As something starts attacking their drones—vital technology for keeping them all safe—Niko realizes that in order to battle this new danger, he’ll have to return to the darkness of his past…and risk Mackenna never looking at him the same way again.

On a dangerous mission to save their drones from the aliens, Niko will need all of his lethal skills and will wade into the fight with Mac by his side. They will be tested to the brink, where nothing is black or white, and they will have to expose themselves and trust each other to fight, live, and love.

I love this series. But as much as I love it, I think it may be time for it to wind to a close. I’m saying that partly because I want these plucky survivors to finally kick the Gizzida off our planet, and partly because it feels like the two romantic patterns used in the series have played out their variations.

Of course, if the author manages to surprise me with something new and different in the next book in the series, I will be pleasantly and joyously surprised. 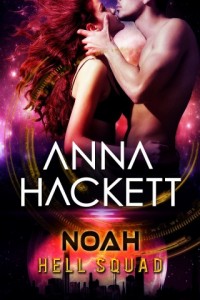 Niko’s romance first appears to be following the pattern set by Noah, where the guy is some type of civilian and the woman is a soldier. (Marcus started this pattern in general, where one party is a soldier and the other is a civilian, but in the case of Marcus, Gabe and others, the guy is the soldier and the female is the civilian).

However, it turns out that Niko, the leader of the Enclave group of survivors, is actually a former Russian assassin, so the story turns out to be one of the ones where both parties, as in Cruz and Shaw, are soldiers of one stripe or another.

Because the heroine of Niko, Mackenna Carides, is definitely a soldier. She’s the second in command of Roth’s Squad Nine. She’s also a woman who was taught by her strict soldier-father that emotions made a soldier weak. To Mackenna, love is the ultimate distraction, and she refuses to even acknowledge the heat between Niko and her unwilling self.

But Niko isn’t willing to let Mackenna go. She’s the first woman who has made him feel much of anything at all in the months since the Gizzida landed, and he’s not willing to turn aside from something that makes life worth living and worth fighting for.

So when the Gizzida start knocking out the survivors’ crucial drone force, Niko attaches himself to the strike teams. It’s the only way he can keep Mackenna safe without questioning her abilities.

He’s already made that mistake once, and it cost him dearly. He’s afraid that letting the deadly assassin that he used to be out of its cage will make Mackenna retreat from him yet again. But those skills that he once put to use targeting his country’s enemies may be the only things that can save his friends now.

Escape Rating B: It’s time to kick Gizzida ass off our Earth. After 9 books that show just how dystopian things have gotten after the alien apocalypse landed, it just plain feels like time for the overall plot to get resolved.

Things can’t keep going the way they are. The Gizzida are much more powerful than the remaining Earth forces, they have all the tech and intel that they could possibly need, and every human that they capture is another potential Borg. Whoops, I meant Gizzida.

They also have no interest in peace or compromise. They are basically intelligent (very intelligent) Borg locusts. If this war of attrition continues, they will “attrit” the human race out of existence.

So since I just can’t bear the thought of a book where the last two humans die in each other’s arms, somehow the human resistance has to kick the Gizzida out. And because the two romance patterns in the series feel like they’ve explored all their possible options, my personal opinion is that this needs to head towards a wrap up.

Your warp speed, of course, may vary.

As much as I enjoy this series, part of my sense that it is time to wrap it up may come from my reactions to Niko and Mackenna themselves. Niko’s baggage dealt with his time as a Russian assassin, but did not get nearly as much into how he felt about discovering that he was fooled by their late and unlamented leader (see Roth for details on those events) Mackenna’s baggage was dropped on her shoulders by her cold and strict father. We only get hints about what makes Mackenna tick, and it didn’t feel like enough. Also, it is hard to have the baggage go back to pre-Gizzida Earth, when there is more than enough post-Gizzida trauma to give anyone nightmares.

For this reader, it just feels like it’s time to kick Gizzida butt.

One thought on “Review: Hell Squad: Niko by Anna Hackett”