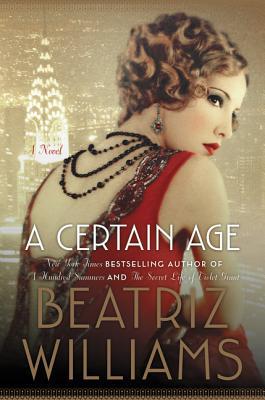 The bestselling author of A Hundred Summers, brings the Roaring Twenties brilliantly to life in this enchanting and compulsively readable tale of intrigue, romance, and scandal in New York Society, brimming with lush atmosphere, striking characters, and irresistible charm.
As the freedom of the Jazz Age transforms New York City, the iridescent Mrs. Theresa Marshall of Fifth Avenue and Southampton, Long Island, has done the unthinkable: she’s fallen in love with her young paramour, Captain Octavian Rofrano, a handsome aviator and hero of the Great War. An intense and deeply honorable man, Octavian is devoted to the beautiful socialite of a certain age and wants to marry her. While times are changing and she does adore the Boy, divorce for a woman of Theresa’s wealth and social standing is out of the question, and there is no need; she has an understanding with Sylvo, her generous and well-respected philanderer husband.
But their relationship subtly shifts when her bachelor brother, Ox, decides to tie the knot with the sweet younger daughter of a newly wealthy inventor. Engaging a longstanding family tradition, Theresa enlists the Boy to act as her brother’s cavalier, presenting the family’s diamond rose ring to Ox’s intended, Miss Sophie Fortescue—and to check into the background of the little-known Fortescue family. When Octavian meets Sophie, he falls under the spell of the pretty ingénue, even as he uncovers a shocking family secret. As the love triangle of Theresa, Octavian, and Sophie progresses, it transforms into a saga of divided loyalties, dangerous revelations, and surprising twists that will lead to a shocking transgression . . . and eventually force Theresa to make a bittersweet choice.
Full of the glamour, wit and delicious twists that are the hallmarks of Beatriz Williams’ fiction and alternating between Sophie’s spirited voice and Theresa’s vibrant timbre, A Certain Age is a beguiling reinterpretation of Richard Strauss’s comic opera Der Rosenkavalier, set against the sweeping decadence of Gatsby’s New York.

There’s a pun in the title of this fascinating story. The protagonist, Mrs. Theresa Sylvester Marshall, often refers to her 40-something self by the coy term, “a woman of a certain age”. But in addition to Theresa’s “certain age”, the time period in which this story takes place is also “a certain age”. It’s the Jazz Age of the 1920’s. Prohibition, speakeasies, bootleg gin, the lost generation of young men and women who survived the war, the hedonistic freedom of an era of excess without restraint.

Until it all crashes at the end of the decade, but no one sees that coming in the early 1920s. From here, it seems as if the good times will roll on forever.

Among the New York City upper-crust, Theresa is one of the shining stars. Her family is old New York blueblood, and her husband is new New York money. But she is also a woman slipping from youth to middle-age, and she is in the throes of a crazy and slightly desperate fling.

She’s in love with her young lover, and that turns out to be a recipe for disaster.

Not that it’s a problem for her husband – they have an understanding and he has a young mistress of his own. But Captain Octavian Rofrano is an honorable man who wants to marry his lover, and Sylvo Marshall is a middle-aged man who wants to grab at happiness one last time before it is too late.

And in helping her brother enact an old family tradition, Theresa makes the mistake of introducing her lover to the woman he has been searching for all his life.

When the dust finally settles, everyone’s world is a much different place from where they began. Except for Theresa and Sylvo. They find themselves right back where they started.

Escape Rating A-: For the first third of the book, the story seems a bit slow. Or perhaps I should say quiet. The action is set up in a way that tries to pull the reader into the middle of the story, but doesn’t quite gel at first.

Once it gels, it takes off like the gallop of Man o’ War, the famous horse that brings Theresa and Octavian together. Once the story gets its legs under it, so to speak, I couldn’t put it down, not even when I needed to be someplace urgently. Once the story grabbed me, I could not let it go until the end.

About that beginning – we find ourselves reading a gossip columnist covering the latest “trial of the century”. Theresa is one of the witnesses, as is nearly everyone else in this drama. And her scandalous relationship with her young Captain really gives the gossip mongers something delicious to chew over.

Some of what they are chewing over showcases the shallowness and self-absorption of that upper-crust. It’s only as the layers are stripped away that the people develop depth and become interesting (very interesting) enough to care about.

But as we see the events that led up to the trial, we get involved in the lives of all the players. Because the young lady that Theresa’s brother wants to marry is the daughter of the accused murderer. And she’s the woman that Theresa’s young lover should have been with all along.

But he’s the person who exposed her father’s crime – if her father committed a crime at all. Something that the jury will have to decide.

In the events leading up to the trial, we discover just how entangled all of these relationships are.

The central relationship in this story is the one between Theresa and Octavian, who she always calls “Boy” or “Boyo”. And that’s the way she refers to him in her own head, whenever she thinks about him. As much as she claims to love him, it’s clear that what she really loves is the idea of him and the way that he makes her feel. And she certainly doesn’t see him as anything approaching an equal. He’s a toy that she indulges, and that she indulges herself with. He’s not a separate entity in his own right, until he begins to pull away.

It is ironic for Theresa that all of the events that turn her life upside down are at her own instigation. She’s the person who insists that Octavian present her brother’s ring to Sophie as part of an old family tradition. She’s the one who asks Octavian to look into the Fortescue family to find out if there are any major skeletons in the family closet. And in the end, she’s the one who finally does the right thing.

Which redeems her character, and takes the whole story from interesting to awesome.

I tried to describe A Certain Age at dinner, and fell into hyperbole. It’s a Jazz Age story. And a coming of age story. And a story of the “lost generation”. It’s a woman finally finding herself. And another woman losing her identity. And a story about the dawn of aviation. And a bit of murder mystery. It’s just a great read. Enjoy!

3 thoughts on “Review: A Certain Age by Beatriz Williams”