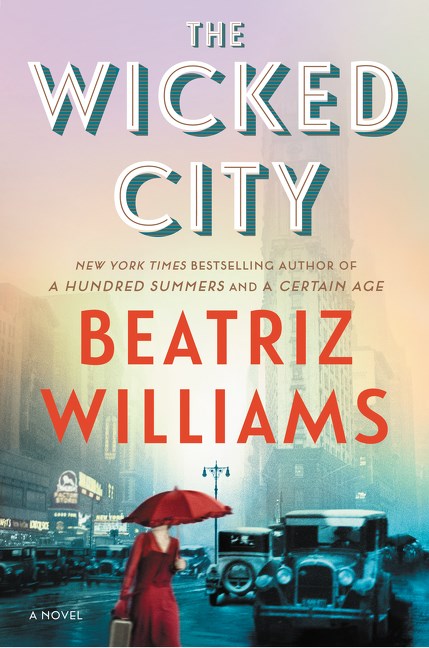 New York Times bestselling author Beatriz Williams recreates the New York City of A Certain Age in this deliciously spicy adventure that mixes past and present and centers on a Jazz Age love triangle involving a rugged Prohibition agent, a saucy redheaded flapper, and a debonair Princetonian from a wealthy family.
When she discovers her husband cheating, Ella Hawthorne impulsively moves out of their SoHo loft and into a small apartment in an old Greenwich Village building. Her surprisingly attractive new neighbor, Hector, warns her to stay out of the basement at night. Tenants have reported strange noises after midnight—laughter, clinking glasses, jazz piano—even though the space has been empty for decades. Back in the Roaring Twenties, the place hid a speakeasy.
In 1924, Geneva "Gin" Kelly, a smart-mouthed flapper from the hills of western Maryland, is a regular at this Village hideaway known as the Christopher Club. Caught up in a raid, Gin becomes entangled with Prohibition enforcement agent Oliver Anson, who persuades her to help him catch her stepfather Duke Kelly, one of Appalachia’s most notorious bootleggers.
Headstrong and independent, Gin is no weak-kneed fool. So how can she be falling in love with the taciturn, straight-arrow Revenue agent when she’s got Princeton boy Billy Marshall, the dashing son of society doyenne Theresa Marshall, begging to make an honest woman of her? While anything goes in the Roaring Twenties, Gin’s adventures will shake proper Manhattan society to its foundations, exposing secrets that shock even this free-spirited redhead—secrets that will echo from Park Avenue to the hollers of her Southern hometown.
As Ella discovers more about the basement speakeasy, she becomes inspired by the spirit of her exuberant predecessor, and decides to live with abandon in the wicked city too. . . .

I picked up The Wicked City because I absolutely adored A Certain Age and wanted to read more by this author.

In the late 1990s, Ella Hawthorne has just moved into a slightly crumbling apartment with a whole lot of character (and characters) in Greenwich Village. She’s also just left her philandering husband, after catching him screwing a prostitute in the hallway of their condo building while he was pretending to fetch a pizza. If the whole scene hadn’t been so tragic, at least in its consequences, it would have slipped into farce.

But Ella’s drama isn’t in her impending divorce, it’s in the building of her new sanctuary. There’s a stream of hot jazz emanating from the basement of the building next door, and that beautiful music is coming not from a live club, but from the ghost of the speakeasy that once thrived there.

While Ella’s late 20th century story is interesting, the real heart of The Wicked City lies in the events of the 1920s, events that centered around both the speakeasy and the apartment building next door, where Geneva Kelly lived in the 1920s and Ella Hawthorne finds herself in the 1990s.

Ella’s story is a tale of wandering husbands, forensic accountants and handsome jazz musicians of the past and present.

Geneva Kelly’s story, on the other hand, is a tale of cold-hearted bootleggers, hot federal agents, and deadly family secrets.

Geneva’s stepfather was an abusive two-bit criminal back home in Western Maryland, but only Gin seems to have seen his true face. Everyone else saw the charm, while she experienced the rot underneath. But after she fled her Appalachian home town for the bright lights of the big city, Duke Kelly moved from small-time crook to big-time racketeer, controlling a major piece of the illegal booze market in thirsty New York, as well as every single soul in his little town.

It was Prohibition, and the feds were looking for a way to take Duke Kelly down. Gin was too, so when a handsome federal agent offered her the chance to get the goods on the snake, she was all in.

Until she was very nearly all the way out.

Escape Rating B+: At first, the story moved a bit slowly, as did A Certain Age when I look back. Both stories take a while to get themselves set up, but once they do, the action careens quickly from boat chase to shoot out to romance, and back again, with lightning speed.

Particularly Gin’s story. Ella’s story feels less fleshed out, and I’m not convinced it was really necessary. Gin’s story is the one that sparkles like a flapper’s sequined dress.

While we don’t feel much of Ella’s dilemma, we do become all too well acquainted with Gin’s. She fled her hometown in the wake of her stepfather’s abusive, and she tries very hard not to look back. She’s also a young woman with not enough education and no family ties trying to make a living in the big city. Some of her choices arise from desperation, and some from pure pragmatism. It’s a hard-knock life.

She wants to bring her stepfather down, which makes her a plum ripe for the plucking by Prohibition agent Oliver Anson. She’s attracted to his stalwart honor even more than she is his good looks. But like everyone else in her life, Anson is keeping secrets that threaten both Gin’s life and her heart. Everything that happens between them feels screened by a haze of smoke and mist, and neither ever knows quite where the other stands until the very end. 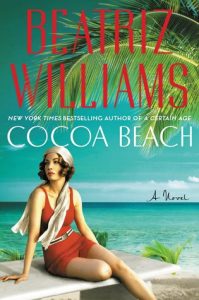 In addition to the connection between Gin and Ella, there’s also a connection between Gin and the characters in A Certain Age, and indeed the characters of many of the author’s previous books. It’s not such a tight connection that the reader needs to worry about having read the other books, and it’s also not completely revealed or resolved. But these people all inhabit the same social circles, and everyone seems to know, or at least know of, everyone else.

I’m looking forward to exploring this more, both in the author’s upcoming novel, Cocoa Beach, and by diving back into some of her earlier works. All in all, I’m glad I took this little trip to The Wicked City.

2 thoughts on “Review: The Wicked City by Beatriz Williams”