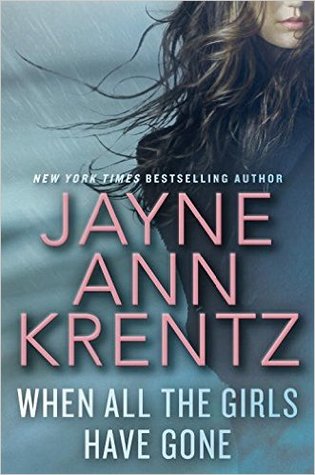 Jayne Ann Krentz, the New York Times bestselling author of Secret Sisters, delivers a thrilling novel of the deceptions we hide behind, the passions we surrender to, and the lengths we’ll go to for the truth...
When Charlotte Sawyer is unable to contact her step-sister, Jocelyn, to tell her that one her closest friends was found dead, she discovers that Jocelyn has vanished.
Beautiful, brilliant—and reckless—Jocelyn has gone off the grid before, but never like this. In a desperate effort to find her, Charlotte joins forces with Max Cutler, a struggling PI who recently moved to Seattle after his previous career as a criminal profiler went down in flames—literally. Burned out, divorced and almost broke, Max needs the job.
After surviving a near-fatal attack, Charlotte and Max turn to Jocelyn’s closest friends, women in a Seattle-based online investment club, for answers. But what they find is chilling…
When her uneasy alliance with Max turns into a full-blown affair, Charlotte has no choice but to trust him with her life. For the shadows of Jocelyn’s past are threatening to consume her—and anyone else who gets in their way...

Like last year’s Secret Sisters, When All the Girls Have Gone is one of Jayne Ann Krentz’s rare (and awesome) stand alone contemporary romantic suspense titles. As much as I adore her Arcane Society/Harmony series, it’s always a treat to read a stand-alone title with that same ability to enthrall me from the first page to the last. And I’m not left mourning the wait for the next title in the series. When all of those girls are finally found, we get to watch our heroine and hero virtually ride off into the sunset. Job well done.

And also like Secret Sisters, Girls is also a story about sisterhood. Both the kind that you make, and the kind that gets made for you.

Charlotte Sawyer gets dragged into this mystery because her step-sister Jocelyn has gone missing. Charlotte discovers this after she learns that one of the women who seem to be Jocelyn’s sisters-of-the-heart turns up dead – and Jocelyn can’t be found.

There are secrets within secrets in this story. One reason why so much of the action happens is the way that the police handle a series of rape cases, then rape and murder cases, and then just plain murder cases. All the victims are women. And all of the various police departments where the crimes take place choose to take the easy way out in solving, or rather not solving, each crime.

When Jocelyn was a college student, she was raped. The police first dismissed her story, did the unfortunate but all-too-usual victim blaming, and then managed to lose the box of evidence that Jocelyn so carefully arranged to have taken at the local hospital.

Now her best friend is dead, and Jocelyn is off the grid. When private investigator Max Cutler picks up the case, he starts looking into the last days of the dead woman. The police think she died of a drug overdose. Because that’s the way the scene has been framed, and that’s the easy way out. Max is certain her death was murder. Especially since someone took all her electronics.

As Max investigates the death of Louise Finch, Charlotte comes looking for Louise, her step-sister’s best friend. Because Louise sent Jocelyn a very mysterious package, and now that Jocelyn is off the grid Charlotte can’t deliver it.

Max ties Louise’ death to Jocelyn’s disappearance, and Charlotte inserts herself into his case – and into his life. Louise’ cousin wants to find out what happened. Charlotte wants to locate Jocelyn. And from there the search expands outward, as Charlotte and Max begin to look into the women in Jocelyn’s circle, and the ultra secret “Investment Club” that Jocelyn refused to let Charlotte enter.

The search balloons outward, from Louise to Jocelyn to the other women and the cause that brought them together. And it contracts inwards, all the way back to Jocelyn’s long ago rape, and the man that thought he got away with it.

Escape Rating A-: This is a page turner. Ironically, both the hero and heroine think of themselves as plodders, the kind of people who just put one foot in front of the other and don’t lead very exciting lives. To the point where Charlotte’s ex-fiance broke their engagement five days before the wedding because he said she was boring. In reality, he’s a commitment-phobic douche, but we’ll get back to him.

Both Charlotte and Max are emotionally scarred. Charlotte by the douchey-ex. Also in a small way, her step-sister Jocelyn who keeps trying to protect Charlotte even though they are both adults. Jocelyn interprets Charlotte’s optimism and faith in others as naive stupidity. And they are both wrong.

Max’s history is tragic, and he’s still hunting for the man who nearly killed him and his brothers when they were children. He’s managed to make a life for himself, but things are pretty rough around the edges. But whatever Max and Charlotte are, they are anything but boring. Especially to each other.

Charlotte and Max ground each other. And they are both eminently sensible people in so many ways. Neither of them panics, not even when the situation is extremely dire. But the story isn’t all practicality. The more time they spend together, the more they see that they have the basis for a relationship, if they can manage to reach for it. Which they eventually do, in their own practical, and extremely satisfying, way.

The investigation is one that starts with nearly all unknowns. But Max’s specialty is plodding with incredible sparks of insight. He keeps going, doing the work, until he gets a sudden breakthrough and the pattern emerges. The pattern here takes a while to emerge, but the search keeps the reader frantically flipping pages the whole way. One of the neat things about the way this story was written is that we don’t see into the murk surrounding this case until Max and Charlotte do.

This is romantic suspense, so there is finally a happy ending. But before we get there, we have the inevitable point where the heroine is in extreme danger. One of the things that made the development of the relationship between Max and Charlotte so much fun to read was that Charlotte’s practicality means that she very much participates in her own rescue. The damsel may be in distress, but she is far, far from helpless.

I have one tiny quibble with this story. I said that Charlotte’s ex was a douche, which he was. He comes back during this story. His rebound went back to her ex, and he’s just sure that Charlotte will be grateful to take him back. Charlotte is rightfully pissed, and shows it. Good on her. But his behavior felt just enough over the top that I kept expecting him to reappear and be tied into the skullduggery. He felt unresolved. For me, it felt like an unfulfilled variation on Chekhov’s Gun. Instead we had Chekhov’s Ex standing in the corner, possibly waiting to be slapped – as he so richly deserved.

But I had a ball with this book, and found myself picking it up at odd (sometimes very odd) moments, just so I could read a couple more pages. Isn’t that what bathrooms are for? 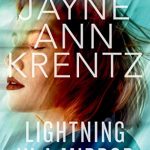 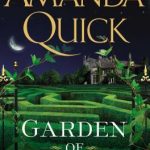